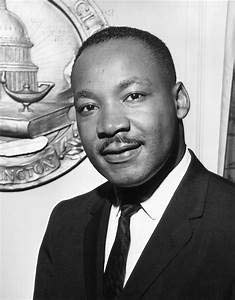 JANUARY 6
The NY Times January 2, 2022 editorial, “Every Day is Jan 6 Now,”  is required reading  for anyone interested in preserving American democracy.  It  says that ‘1/6/21, is not in the past; it is every day.”
“It is regular citizens who threaten election officials and public servants  and who want  to know when can we use the guns.”   It continues. “Republican  lawmakers are making it harder for people to vote and easier to subvert their  will if they do.  And Donald Trump and “his twisted version of reality” continue to dominate the GOP.
The essay says, “In short, the Republic faces an existential threat from a movement that is openly contemptuous of democracy and has shown that it is willing to use violence to achieve its ends. No self-governing society can survive such a threat by denying that it exists. Rather survival depends on looking back and forward at the same time.” Consider today’s American political landscape. “Republican lawmakers in 41 states have been trying to advance the goals of the Jan 6 rioters – not by breaking laws but by making them.” Battleground states like AZ, GA , PA are GOP’s major targets. Piece is rife with stats about Republicans “who believe that Biden was not legitimately elected in 2020 election and who approve violence to achieve political goals.”

Editorial faults Democrats who have slim Congressional majorities in the House and Senate, “for failing to confront the urgency of this moment, unwilling or unable to take action to protect elections from subversion and sabotage.” It concludes. “Mr. Biden and other leading Democrats should make use of what remaining power they have to end the filibusters for voting rights legislation, even if nothing else.” On 1/10, President Joe Biden and VP Kamala Harris traveled to Atlanta to make peace with voting rights advocates, many of whom boycotted the Biden/Harris summit, including 2022 Georgia gubernatorial hopeful Stacey Abrams.
The January 9 issue of the NYT includes President Jimmy Carter’s opinion piece, “America’s Democracy Is In Danger,” is another must read. He says “One year ago, a violent mob, guided by unscrupulous politicians stormed the Capitol and almost succeeded in preventing the democratic transfer of power. All four presidents condemned their actions and affirmed the legitimacy of the 2020 election.” He adds. “According to the Survey Center on American Life, almost 100 million adults across the political spectrum – agree that “the traditional American way of life is disappearing so fast that we may have to use force to save it.” He fears that the American right to free fair elections, “has become dangerously fragile at home.” He cites a 5-point plan to preserve American democracy.
While writing WGO, I received an email with a link to the 1/10 Charlotte Observer article, “Realistic Guerrilla War Exercises to be Fought Across Rural Counties, Army Warns.” US Intel is not asleep at the wheel!

CORONAVIRUS VACCINE
The Israelis are working on a 4th or 5th booster shot while the rest of the world lags behind. In the USA 243,527, 564 million, 74% of those eligible have had at least one vaccination. In the US, Coronavirus variants, Delta and Omicron have taken up residency. Pfizer will have an Omicron vaccine ready by March.
In NY, visit any of the city’s Health & Hospitals facilities to be vaccinated. Americans are advised to get vaccinated, get booster shot, get the annual flu shot, and get tested for the virus.

NEW YORK, NY
Eric Adams, the 110th Mayor of NYC, hit the ground running on January 1. The New Year’s ball dropped, and Adams was sworn in a few minutes later. Hizzoner is energetic, a man with a plan and vision to burnish the image of NY as America’s greatest city. A manager, a showman, a troubleshooter, Adams is ubiquitous, throughout the five boroughs, at subway stations, places of worship, public schools, crime scenes, visiting hospitals. He rushed to the scene of the deadly Bronx inferno, a five alarm fire, which claimed the lives of 17 people, including 8 children, most of them from Gambia, a West African nation. He set up a city fund for residents whose apartments were no longer habitable. The NY Fire Department, NY’s bravest, continues to be applauded by the building’s tenants for its excellence and professionalism under pressure.

NEWSMAKER
RIP: Sidney Poitier, 94, died. A man for all seasons, he was born in Miami. Florida on 2/20/1924, to Bahamian parents, people of modest means. He spent his childhood in the Bahamas, in Cat Island and Nassau, until he was sent to Florida, before he relocated to NY when he was 16. He arrived low in cash and heavy with a thick Caribbean accent. He worked odd jobs and joined the Army. He covered a lot of professional territory since his NY arrival. An actor, director, civil rights advocate, ambassador and philanthropist, Poitier became an American legend. He was the first Black man to win Hollywood’s most cherished prize, an Oscar for Best Actor in “Lilies of the Field.” About three generations of African Americans can recite his filmography which includes “Guess Who’s Coming To Dinner,” “Black Board Jungle,” “The Defiant Ones,” and “To Sir With Love.” My favorite Poitier film was “In the Heat of the Night,” when he slapped a racist white man in the face. That slap resonated all over the world. The viewer sensed that America was coming of age, if you view films sociologically. Poitier’s characters were willy-nilly statements about American race relations.
A good friend and supporter of Dr. Martin Luther King, he attended the March on Washington and the Black Political Convention in Gary, Indiana in 1972. Harry Belafonte was his BFF. Knighted by Queen Elizabeth in 1974, Poitier was the Bahamas Ambassador to UNESCO.

JANUARY CALENDAR
BAM: Dr. Martin Luther King Day, January 17: The Brooklyn Academy of Music and the Brooklyn Borough President’s Office co-host the 36th Annual Brooklyn Tribute to Dr. Martin Luther King, Jr. Talks, at BAM or via livestream. Tribute lineup: talks with scholars and civil rights leaders and performances by local artists, including Nona Hendryx with Craig Harris and Tailgaters Tales; a dance piece by Kyle Marshall; and the Mama Foundation’s SING HARLEM choir. Program will be held at BAM or via livestream.
NY Restaurant Week is back from January 18 to February 13. Dine at city’s top bistro’s at affordable price points: $29, $39, $59 Visit nycgo.com