What the Election Analyses Are Leaving Out
Advertisement 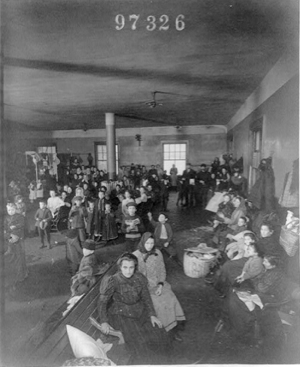 Pearl Duncan is completing a book about DNA and ancestry.

A lot of people are examining the voting patterns in the 2016 Presidential Election and saying the election was based on urban, suburban or rural voters, turnout of people who had never voted before, race and class, the Democrat, Republican, Independent Party bases, gerrymandering, voter suppression, populist voices and movement, new media, profit-motive mainstream media, a charismatic outsider politician from reality television, and much more.

I say one word that is left out of the analysis but is an integral part of the analysis is ancestry. I say this partly because Donald Trump, a billionaire who won the election, entered politics by mounting a birther and birtherism movement against the first African-American President in the country. He said President Barack Obama was not an American, and he called for all kinds of records to deceive his followers about this birtherism claim. The election results finally ended with a discussion of who is an American, and with shouts of “Take Back Our America”. The debate rages on about who is an American. Several times since the Founding Fathers mounted this debate, we have seen the question, but this time it is more virulent.

So what is the America that people are talking about taking back? I say it is not only the America about race and class, urban and rural, red and blue states and the other phenomena that people are talking about, it is also about ancestry. The founding American narrative is that this is a nation of immigrants. Yes, but which immigrants? People have identified with immigrants named Rockefeller, John D. Rockefeller, in oil; Astor, John Jacob Astor, in real estate and fur; Carnegie, Andrew Carnegie, in steel; Vanderbilt, Cornelius Vanderbilt, in railroad and marine transportation; Clark, William A. Clark, in copper; Cooke, Jay Cooke, in finance; Duke, James Buchanan Duke, in tobacco; Mellon, Andrew W. Mellon, in finance and oil; Morgan, J.P. Morgan, in finance and industry; and many, many others that people can name.

Business historians have described these businessmen as greedy, cheating, plundering people who deceived consumers and corrupted government and the public at all costs to finance themselves and their families. In the Gilded Age, they called this group of businessmen “robber barons”.

Yes, Americans are descended from immigrants, from ancestors who came through Ellis Island, New York at the turn of the 20th century; through Plymouth Rock, Massachusetts; Jamestown, Virginia; slave ports across the Atlantic seacoast in the 17th and 18th centuries, the borders to the North and South and across the Bering Strait in the Arctic 60 centuries ago. From people who are still coming to America, even the First Lady-elect. But a significant part of our psyche is aligned only with those immigrant ancestors who rose to the very top of the social, economic and class ladder, even if they did so as robber barons.

I remember during the 1992 debate between Bill Clinton, Ross Perot and President George H.W. Bush, Perot hinted that Clinton shouldn’t be elected because he emerged from Arkansas: “I grew up five blocks from Arkansas . . . So I think (probably) we’re making a mistake . . . to cast the nation’s future on a unit that small. . . . No, no, no,” he said. If I ran a small grocery store on the corner, I could not say I can run Wal-Mart. There was always a feeling that only those already at the top should – or could lead. Ross Perot basically said, “When it comes to leadership, the country should go big with the rich guys at the top, or go home”.

The American Dream is an economic one – that people can improve themselves economically. It is not the dream that people of any race, gender or ethnicity or class background can lead.

Yes, the Statue of Liberty says, “Give me your tired, your poor, your huddled masses yearning to breathe free, the wretched refuse of your teeming shore. Send these, the homeless, tempest-tossed to me”. These words are mighty, memorable and democratic, but some of the ancestors who arrived under these labels, and their descendants, identify leadership only with those who arrived and were later called robber barons.

Americans whose parents and grandparents arrived on American shores under the labels on the Statue of Liberty still hold onto ideas of hierarchies in families for themselves and their children. Indicators like King, Duke and Earl were very popular among African-American musicians of the past, but that’s a subject for another article. Here, let’s focus on how wealthy, aristocratic ancestry loomed so large in the American psyche despite the conventional wisdom that we’re descended from average-working immigrants.

Population geneticists say this is not unusual; they say throughout human history, when humans migrated and settled, a small group of leaders, supported by elites and a military from Marco Polo to William the Conqueror to Alexander the Great to Cortés invaded, conquered and controlled the masses. The mass of people aligned with this small group of militarized aristocratic leaders even though their DNA does not match.

Descendants of the people described on the Statue of Liberty psychically identify and align with the small group of robber barons who invade, still invade, and fight to rule them. (By the way, I noticed a few times when reporters asked the President-elect how he will govern, in his answer, he uses the word rule.) Be careful folks!

The narrative of wealthy, aristocratic immigrants, mythic or not, gave white European-Americans leverage in their psyche over other Americans: African-Americans, Native Americans, Americans from any other part of the world where ethnicity was different from Europe. It gave American descendants of Europeans, even those who had never voted, whose parents had never voted, whose grandparents had never voted – whose ancestors may have been from a part of the world where people did not participate in democracies and were not allowed to vote – a chance to align with wealthy, aristocratic leaders of Europe (with wealthy aristocratic leaders of America) and call themselves “white”.

There are a number of points Ta-Nehisi Coates made in his recent book, Between the World and Me, that we should revisit as we think about this new America, its sense of itself, its sense of democracy and its origins. Coates wrote that “the process of naming ‘the people’ has never been a matter of genealogy or physiognomy so much as one of hierarchy. . . . Difference in hue and hair . . . this is the new idea at the heart of these new people who have been brought up hopelessly, tragically, deceitfully to believe that they are white”. Coates finishes the thought by saying “these new people are a modern invention. They were of some other identity before they became white in America, some identity with a capital, religious, national, regional or ethnic label”.

“Perhaps,” writes Coates, “there has been, at some point in history, some great power whose elevation was exempt from the violent exploitation of other human bodies. If there has been, I have yet to discover it”. So as Americans, we can say the conflicts we are seeing now are not unique to us but have existed throughout human history. I say they have existed through the worse eras of our human history.

One of the first actions that people take when they want to oppress others is to expunge and change their own ancestry. America is changing its own founding narrative, and there is great danger there.

The founding narrative was narrow enough because it omitted so many people, but now it is downright false because it is distorting the ancestry of the people who came through Ellis Island, people who call themselves white. The era of the robber baron businessman, entwined in government leadership, is upon us, so let’s review what geneticists and historians said in the past about this web of a small group of elites and military who deceived and conquered the people of their era.

Let’s be vigilant everyone. Let’s keep our eyes on the ball that is democratic freedom, and fight for it – fight to restore it, even in its original mythic form.