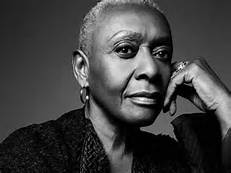 This week opened with many celebrations and bacchanal rituals, especially in countries or states with large Catholic populations like Brazil, Trinidad/Tobago and Louisiana, USA. Mardi Gras in New Orleans; on February 14, Valentine’s Day and Ash Wednesday, the first day of Lent, the fun ends. This week can be compared to the month of March, which comes in like a lion and exits like a lamb.

Ellen Johnson Sirleaf, former Liberian President, wins $5 million award for achievement in African leadership from the Mo Ibrahim Foundation. The Sudan-born communications billionaire launched the award in 2006 whose beneficiaries would be democratically elected African heads of state who step down after their constitutionally mandated term.

For months, South African President Jacob Zuma has been under pressure to resign, owing mostly to widespread corruption associated with his governance. South Africa’s economy, Africa’s largest, is tanking, political unrest is widespread. All fingers of blame point to Zuma.   President since 2009, Zuma is a member of the powerful African National Congress (ANC) Party, which holds a majority in Parliament.  He has survived eight “no-confidence” votes and the ANC wants him out!   The ANC Party’s national support is eroding. National elections are set for next year.   Zuma violates the constitution, awards contracts to cronies and acts like some leaders of a superpower. Under the SA Constitution, the president can be removed by no-confidence votes or impeachment. Does the ANC have the will to impeach President Zuma. Seems like another parallel with a first world power.

FILM: BLACK PANTHER, the film is like some sort of cultural second coming.   It is Hollywood’s first blockbuster Marvel Comics Black Superhero story set in darkest Africa in a fictional country, Wakanda, which is the most technologically advanced nation in the world. Film is about a superhero and Black identity.  According to forecasters, BLACK PANTHER’s advance ticket sales could make record-breaking grosses, exceeding $152 million during the Presidents’ Day 4-day weekend!   Most Black writers in mainstream media concur that the film dispenses with time-worn Black stereotypes and the protagonists are well-educated, all veritable forces of nature.

Read the Time magazine cover story by African-American Jamil Smith, which is the most exhaustively researched essay on BLACK PANTHER. Film topliner is Chadwick Boseman as T’Challa, who is grieving the loss of his father, who was king and is contemplating the challenges he faces in ascending to the Wakandan throne.     Directed by African-American Ryan Coogler, BLACK PANTHER includes an assemblage of some of the best African and African-American actors like Michael B. Jordan, Daniel Kaluuya, Lupita Nyong’o, Angela Bassett and Forest Whitaker.

The film’s word of mouth is like a talking drum among African-Americans, who have spent lots of money on advance ticket sales to ensure that young Blacks will get to see the superhero the soonest. I have not seen the film yet. However, I think that I would have to add BLACK PANTHER to my “must-see” list of 28 Black films this month.

CONVERSATIONS: HERITAGE: Bethann Hardison In Conversation with Harriette Cole at the Schomburg Center for Black Culture, located at 515 Malcolm X Boulevard in Harlem on February 22 at 6:30 pm. Hardison, model, entrepreneur, griot and documentarian speaks extensively about the infectious fashion and entertainment worlds and their faultlines re: diversity and beauty standards. Cole is a fashion designer and entrepreneur who founded Dreamleapers, a platform to help people access and activate their dreams.

NEWSMAKERS Elizabeth Alexander was named the Mellon Foundation’s next president effective March 2018, becoming the first African-American woman to helm the organization. Alexander worked at the Ford Foundation as the Director of Creativity and Free Expression, and she co-designed the Art for Justice Fund, a $100 million initiative to transform the criminal justice system.   The NY-based Mellon Foundation has an endowment of $6.2 billion and focuses on the humanities – higher ed, arts and culture heritage, diversity, scholarly communications and international higher ed. A household name in modern literature circles, she was a member of the Yale faculty where she was a Professor of English, American Studies and African-American Studies, a department which she chaired. She was a Professor in the Department of English and Comparative Literature.   A widely published poet, she is a Cave Canem member.   She wrote and recited the poem, “Praise Song for the Day”, at Barack Obama’s first inauguration. Her best-selling memoir, “The Light of the World”, about love and loss, was a nonfiction finalist for a Pulitzer Prize and a National Book Critics Circle Award. Her academic creds include a BA at Yale, MA at Boston University and a PH.D. at the University of Pennsylvania. Apropos of Black History Month, Elizabeth’s family tree is interesting. She is the granddaughter of Dr. Arthur Logan, MD, prominent Harlem physician and power elite in the 50s and 60s.   Her father, Clifford Alexander, an attorney/businessman, was the first