“We Stepped Out on Faith”
Advertisement 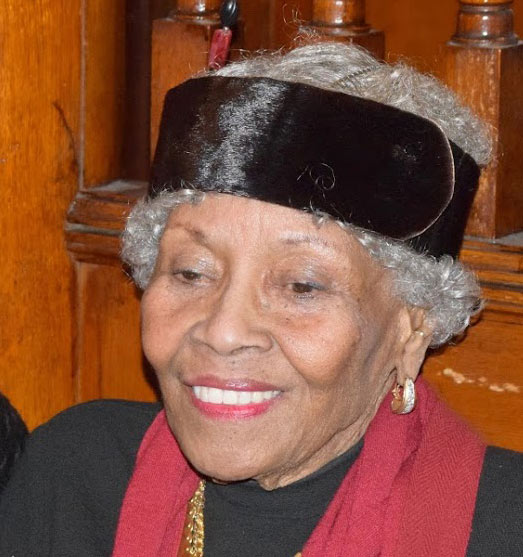 The Board for the Education of People of African Ancestry (BEPAA), founded by Dr. Sanford in the late 1980’s, is moving into its third decade of making a difference in the lives of families and children throughout New York City. In this Part II of an interview with Maitefa Angaza, Dr. Sanford offers a new strategy to expand BEPAA, beyond Harlem with an arm reaching to Brooklyn. She also highlights the contributions of leaders who provided support to the institution over the years and recalls how BEPAA, moved into the Clarke House in Harlem as gentrification was taking hold.

So, it was through a real estate agent my husband (Jay Sanford) contacted that we began to look at buildings in Harlem. They were extremely expensive, and all of the banks wanted collateral and wanted to know who would sign the deed and be responsible for the payments.

We just kept looking regardless of the obstacles. One day the broker called. She said, ‘You know there’s a house on Convent Avenue that’s been empty for a couple of years.’ The two nephews who were the survivors were very old and could not live there any longer. The realtor knew the executor of the estate and asked if I would like to talk to him. She said, ‘He’s very difficult.’ But I said, ‘Yes, we’ll meet with him.” And we had the attorney Joe Fleming, who had done great work defending children called into a lineup. He had [Sanford’s criteria] a history of being involved with his people outside of his regular work.
We went to meet with the executor and it turns out we had been together in Kemet at some time in the past. I told him what we wanted to do, and he liked the idea. He said, ‘We will take back the mortgage. You won’t have to go through a bank and worry about who will sign the mortgage and all that.’ And that’s how we got the house. They only asked $280,000 and today that building’s been appraised at more than a million.
Every month we did our best to pay, but if we didn’t pay, he never called, he was never mad. In fact, at one time, he even contributed to our house! A group of women I had friendly relationships with, including Susan Taylor and some others, would meet there and talk about our lives. We didn’t have an agenda, we just called ourselves “The Sisterhood.” They asked, “How’re you doing with paying off the mortgage?” I said, “Oh, we’re struggling, but we’re keeping our head above water.” They said, ‘Well, we don’t want you to have that worry, Regent Sanford. We think you’re doing enough trying to get changes at the Board of Regents level. We’re going to raise the money to pay off the mortgage.”
And those eight women, in two months had an event at Canaan Baptist Church. Patti Labelle volunteered her service, thanks to the influence of Susan Taylor, and they raised the balance and paid off that mortgage.
OTP: I remember that. That was so inspiring!
Dr. Sanford: Yes! And I would love for the Institute to have a building in Brooklyn, and by politicians in Brooklyn. They [Institute members] do meet at various sites, but wouldn’t it be wonderful if the athletes or the entertainers would decide that they should have a permanent home.
But I’m grateful for what Drs. Lester and Renee Young have done – far beyond my imagination or my expectations. When Dr. Young became a member of the Board of Regents after I retired, was able to negotiate some of our ideas into educational policy for the state – and that’s remarkable! If you look at the totality of the influence — these people who are members of the (Adelaide Sanford) Institute, you’ll see how it has broadened itself. You will be surprised at what they have done for African American children, building on the first efforts [and strategies] which was to have educators, or college professors or community-based organizations look at the issue of the education of our children and to provide a voice.
The impact of the Institute centers around its continuing the perpetuation of the idea of looking at our educational system and seeing that we have to get away from pejorative definitions and talk about the genius of our people, the respect for our children and our belief in them.
OTP: Absolutely! There are so many progressive Black teachers who were inspired by you, and who call your name. Who were some of the people who inspired you when you were trying to create something from nothing?
Dr. Sanford: Well, before I became a Regent I was involved with the New York City Board of Education for many years. But the people who influenced me were, of course, Dr. Clarke, but also Asa Hilliard – with whom I traveled all over the African continent, and certainly Dr. Yosef Ben-Jochannan and Dr. Leonard Jeffries. Unfortunately, and it’s not for me to criticize, but not many Black people in education were involved in the struggle for educational freedom. There were many on the sidelines not wanting to make people in power uncomfortable.
OTP: What can parents do to ameliorate the effects of someone like a Betsy DeVos being in control of their children’s education right now?
Dr. Sanford: They certainly can bring pressure on their legislators, both state and federal. I can assure you that other ethnic groups are dealing with Betsy DeVos for what is best for their children.
OTP: What is it that the Black community in New York can do to have a more protective and more respectful relationship with seniors?
Dr. Sanford: One of the core values of African tradition is protection and care for the children and another core value is the respect and the protection of elders. Now unfortunately, the American system does not embrace those two principles. So, I think that African American elders are very lonely. If they do have family, very often the family is not close to them, because they don’t understand the information, wisdom, the compassion, that elders have. Elders are not invited to speak or to contribute their ideas about what has happened.
Now when I was principal at P.S. 21 in Brooklyn … we made it necessary for the children to know elders and to respect them. We must understand how to do it and be willing to make the sacrifice to do it. The expression in Ghana is, “An elder never walks alone.”
OTP: Thanks so much for your time and insight, Dr. Sanford

(Our Time Press’ Part III on Adelaide Sanford, featuring a reprint from earlier years, will be featured on Thursday, February 6.)
What it Takes to Grow a Legacy:
A Village of Friends and Supporters

The Black Vote: An Interview with Professor Gloria J. Browne-Marshall