Voices From the Women’s March on Washington
Advertisement 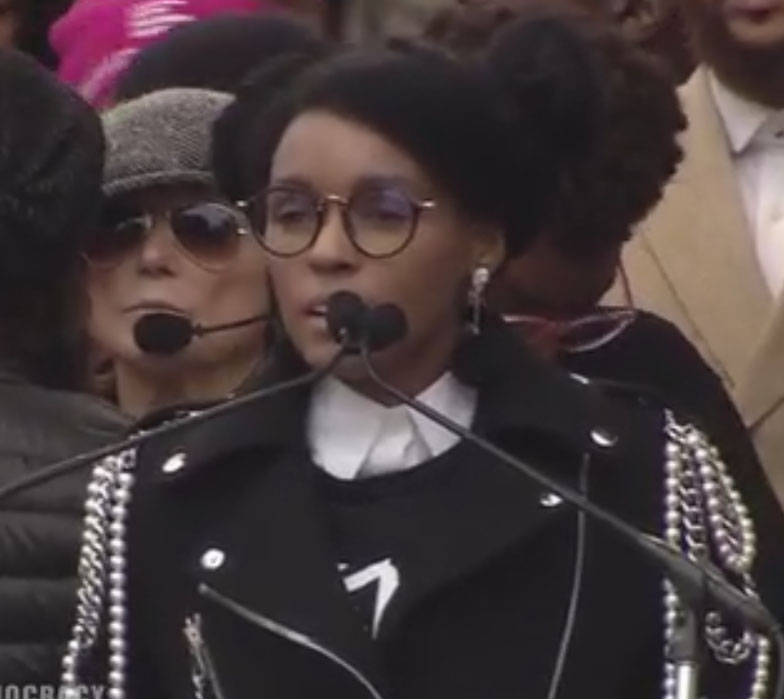 TAMIKA MALLORY: Today is not a concert. It is not a parade, and it is not a party. Today is an act of resistance. Now, some of you came here to protest one man. I didn’t come here for that. I came here to address those of you who say you are of good conscience. To those of you who experience a feeling of being powerless, disparaged, victimized, antagonized, threatened and abused, to those of you who for the first time felt the pain that my people have felt since they were brought here with chains shackled on our legs, today I say to you, welcome to my world. Welcome to our world.

I stand here as a black woman, the descendent of slaves. My ancestors literally nursed our slave masters. Through the blood and tears of my people, we built this country. America cannot be great without me, you and all of us who are here today. Today you may be feeling aggrieved, but know that this country has been hostile to its people for a long time. For some of you, it is new. For some of us, it is not so new at all.

Today I am marching for black and brown lives, for Sandra Bland, for Philando Castile, for Tamir Rice, for Aiyana Stanley-Jones, for Eric Garner, for Michael Brown, for Trayvon Martin and for those nine people who were shot at the Emanuel African Methodist Episcopal Church. We have a chance, brothers and sisters, to get this thing right. We can do it, if women rise up and take this nation back!

ANGELA DAVIS: Over the next months and years, we will be called upon to intensify our demands for social justice, to become more militant in our defense of vulnerable populations. Those who still defend the supremacy of white, male, hetero patriarchy had better watch out. The next 1,459 days of the Trump administration will be 1,459 days of resistance—resistance on the ground, resistance in the classrooms, resistance on the job, resistance in our art and in our music. This is just the beginning. And in the words of the inimitable Ella Baker, we who believe in freedom cannot rest until it comes. Thank you.

JANELLE MONÁE: Hello, future. I am so proud to stand here as a woman, an African-American woman. My grandmother was a sharecropper. She picked cotton in Aberdeen, Mississippi. My mother was a janitor. And I am a descendant of them, and I am here in their honor to help us move forward and fem the future. I just want to say—I want to remind you that it was woman that gave you Dr. Martin Luther King Jr. It was woman that gave you Malcolm X. And according to the Bible, it was a woman that gave you Jesus. Don’t you ever forget it. And we must remind them, those who are abusing their power. That is what I am here today to march against: the abuse of power. I want to say to the LGBTQ community, my fellow brothers and sisters; to immigrants, my fellow brothers and sisters; to women: Continue to embrace the things that make you unique, even if it makes others uncomfortable. You are enough. And whenever you feel in doubt, whenever you want to give up, you must always remember to choose freedom over fear.

SOPHIE CRUZ, 7: Hi, everybody. My name is Sophie Cruz. We are here together making a chain of love to protect our families. Let us fight with love, faith and courage, so that our families will not be destroyed. I also want to tell the children not to be afraid, because we are not alone. There are still many people that have their hearts filled with love and tenderness to snuggle in this path of life. Let’s keep together and fight for the rights. God is with us!

MOCK: I stand here today as the daughter of a native Hawaiian woman and a black veteran from Texas. I stand here as the first person in my family to go to college. I stand here as someone who has written herself onto this stage, to unapologetically proclaim that I am a trans woman writer, activist, revolutionary of color. And I stand here today because of the work of my forebears, from Sojourner to Sylvia, from Ella to Audre, from Harriet to Marsha. I stand here today, most of all, because I am my sisters’ keeper. My sisters and siblings are being beaten and brutalized, neglected and invisibilized, extinguished and exiled. My sisters and siblings have been pushed out of hostile homes and intolerant schools. My sisters and siblings have been forced into detention facilities and prisons and deeper into poverty. And I hold these harsh truths close. They enrage me and fuel me. But I cannot survive on righteous anger alone. Today, by being here, it is my commitment to getting us free that keeps me marching. Our approach to freedom may not be identical, but it must be intersectional and inclusive.

GLORIA STEINEM: I’m not trying to deny the danger that this day initiates. Trump and his handlers have found a fox for every chicken coop in Washington, and a Twitter finger must not become a trigger finger. Some very experienced doctors of the American Psychiatric Association have publicly written to warn us that—and I quote—”his widely reported symptoms of mental instability—including grandiosity, impulsivity, hypersensitivity to slights or criticism, and an apparent inability to distinguish between fantasy and reality—lead us to question his fitness for the immense responsibilities of the office,” unquote. This was on full display in his inaugural address yesterday. Everything that happened before him was a “disaster.” And everything that he would do would be “fantastic,” “the best ever,” “miracles” and all the superlatives. He also said he was with the people—indeed, he was the people. To paraphrase a famous quote, I just want to say, I have met the people, and you are not them.