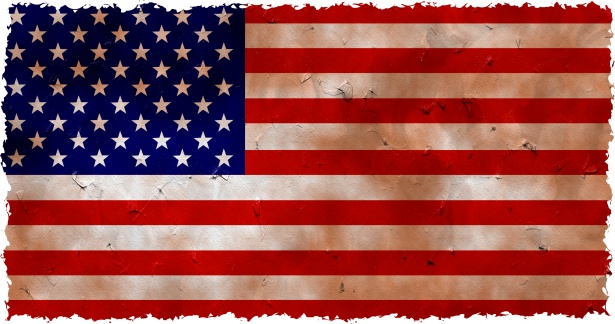 The President of the United States casts the Constitution aside and institutes a religious ban on refugees from seven Muslim-majority nations entering the country prompting uproars across the nation, almost a thousand career diplomats to sign a letter of objection and the firing of the Acting U.S. Attorney General after she issued a notice to the Department of Justice not to defend the order. He is called a liar in a New York Times headline, the White House Press Secretary Sean Spicer says Trump’s Inauguration crowds were the largest ever, despite photographic proof they were not. The communications counsel explained the difference away as a presentation of “alternative facts”.   Confronted by Trump’s insistence that millions voted illegally against him with absolutely no proof, the Press Secretary could only say, “The president believes what he believes”, and this despite all evidence to the contrary. The Assistant to the President, white supremacist Steven Bannon, has said the media should “shut up” and is given a full seat on the National Security Council and the Director of National Intelligence and the head of the Joint Chiefs of Staff are removed. It is also reported that it was Bannon who was behind the Muslim ban order as well as the impossible, and yet deliberate, exclusion of the genocide of the Jews from the annual Holocaust Memorial Day statement.

And while we are struck by the horror of what is happening, Brooklyn ain’t America, and those who gave him the electoral votes have chests filled with pride as the president works to fulfill his campaign promises. And seeing Black and Brown people at the airports, so agitated and waving signs, confirms they were right and makes it just that much sweeter. As long as those states stay in Trump’s column, it doesn’t matter if he loses the popular vote by 3 million this year or 5 million in 2020, he would still be reelected. But if the first ten days of the administration are any indication of what’s to come, the nation will not be able to maintain this level of tension and what we’ve seen so far could be just a prelude.   We could be headed for an “American Spring”, with tens of millions in the streets and the nation brought to a standstill before a new abolitionist movement against white supremacy brings an end to the Trump/Bannon reign.

Here we are at the beginning of Black History Month in 2017, and with white nationalists running the presidency, African-Americans are bracing for yet another attack in the ongoing racial war on black people. Slavery, Reconstruction, the Lynching era, Jim Crow, economic warfare, chemical warfare with a CIA-enabled drug epidemic, and now direct attacks on voting rights, health care and public education.

Economic independence and personal financial security are still a dream for most in the black community and the reasons for this have to be explored. Speaking about the immigration ban, an Egyptian store employee had an emotional disbelief that green card holders were being stopped, including those from Yemen. “If they’re a green card holder from Yemen, you know they have a store.”

That comment drove home how for immigrants the streets are paved with gold. They need only have the proper attitude, initiative and capital to open a convenience store in a black neighborhood and the residents will come, bringing many thousands of dollars a week. For fiscal year 2017, Asian-Americans have received over $311 million in MWBE spending and Black Americans just over $29 million. How to increase the MWBE percentage is a question the city has to answer, and why African-Americans don’t own high-volume stores and more community-based businesses is a question we have to ask ourselves as individuals and as institutions.

It is also sad but true, that in 2017 we have to refight the voting battles of 1957, the only difference being the images we see will be digital and in color. Jeffrey Beauregard Sessions, soon-to-be-confirmed as Attorney General, an old-school anti-civil rights legislator, will be assisted by John Gore as head of the Civil Rights Division of the Justice Department. Attorney Gore, with his long history of defending Republican gerrymandering efforts and violators of civil rights laws, the department is not poised to be a defender of our rights or even understand the concept that Black Lives Matter or the guarantee of freedom of religion.

The New York Times has said the Women’s March in Washington was 3 times larger than Trump’s Inauguration, in addition to over a million protesters in the streets around the country. The order effectively barring Muslims has raised the voices of hundreds of thousands more. Trump’s executive order to restart the Dakota and XL Pipelines risks more blood on the ground for the First Nation people and his denial of climate science puts the world facing more population disruptions and a quickening of the extinction of species. And considering the emotional state of the Commander-in-Chief, extinction of our own species as well.

Bannon and Trump are moving so fast on so many fronts that there has to be a storming of congressional offices, particularly by residents of states that voted for him.   He can only be stopped by Republicans in Congress either for the good of the country and its relations with our allies, or to ensure their own reelection.

Obama-appointed judges can hold the fort, issuing stays for only so long. During a full term in office, Trump may be appointing a hundred judges and that judicial bulwark will begin to break.

Like a mantra, words of the former slave and great abolitionist Frederick Douglass are being quoted more and more by the resistance that is quickly forming. “Organize, Organize, Organize” and “Power concedes nothing without a demand. It never has and it never will.”