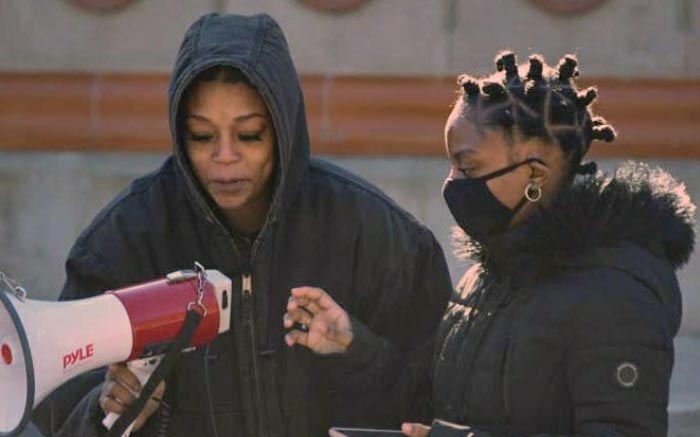 I have just started working with the Sanctuary Of Independent Media  and Riverkeeper over the last year as a Water Justice Fellow. In the beginning, my friend and fellow water justice member had shown me the ad to becoming one of the fellows and due to me wanting work and having lots of free time I decided to try and apply. To become a water justice fellow, I had to write an essay about myself and why I wanted to become a Water Justice Fellow. After about a day or two I found out that I was accepted and started the very next day, to start we would meet in the Sanctuary’s Community Garden in the building in the very back.

During the months of June to about September we would continue to meet in the building and learn with our mentor at the time Jared. He taught us lots about water and chemistry and even took us to different parts of the Hudson River to meet people that test the water and even let us go and explore near the dam and locks that were in/next to the river. While meeting new people and seeing the River, it surprised me about how much I didn’t see of the river and how even though I lived so close to the river I didn’t know the extent of how dirty it was, all I knew was that it was dirty. But after being with the water justice lab and having our mentor Jared teach us I was able to learn that the River is polluted with so many different kinds of bacteria and the main cause was because of the overflow of the sewage drains.

Another thing was that I realized that I never went to the locks nor the dams around it, which is where I also found out that there’s a trail next to the water.  A little after though, Jared had to move away so in his absence our current mentor Catie entered the Water Justice Lab. Catie has taught us how to properly record interviews and how to edit our interviews, and is even helping us record our mini documentary about the Water Justice Lab. With Catie’s help we are able to document what’s going on with the Hudson River and document our progress while working together as the Water Justice Lab.

I always saw the Sanctuary building, but I never knew exactly what it was. I always thought it was some abandoned church. Then one day in summer of 2019 I was brought there by my dad for an event they had. I didn’t know they were open and I was very interested in seeing the auditorium with professional cameras, the stage, and the radio station in the back. I didn’t know so much was happening in this building for years.

A couple weeks went by and I was a part of one of the many things the Sanctuary was doing. I helped put together events for the Spirit of the Suffragettes festivals with the Uptown Summer program. I wasn’t being paid, but the positive energy and exciting activities we did while I was volunteering made up for it. I had a great deal of fun while participating. The people here were so positive and uplifting, so it was very easy to become close with the people I worked with. I was dreading the day when the program had to end, but I knew that I’d want to come back.

In spring of 2020, the arts and education director at the Sanctuary For Independent Media, Branda Miller, introduced me to the Water Justice Lab project and encouraged me to join. I knew a bit about water and environmental justice, but when she introduced it to me, I was very interested and encouraged my friend, Shansanique Pollack, to the program. So far, I’ve had a great experience working here and I am very eager to begin testing the Hudson River water with Riverkeeper this spring and summer.