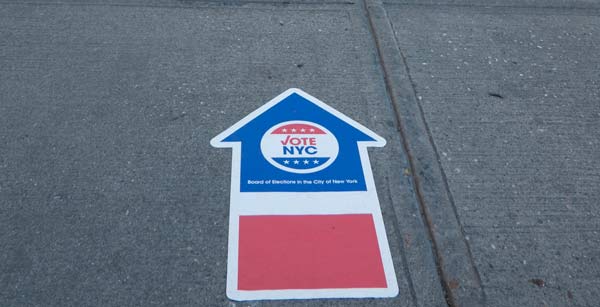 Amending the Apportionment and Redistricting Process: This proposed constitutional Amendment would freeze the number of state senators at 63, amend the process for the counting of the state’s population.

Right To Clean Air, Clear Water and a Healthful Environment: The Proposed amendment to Article 1 of the New York Constitution would establish the right of each person to clear air and water and a healthful environment.

Eliminating Ten Day Advance Voter Registration Requirement: The proposed amendment would delete the current Requirement in Article 2, Section 5 that a citizen be registered to vote at least ten days before an election.

Authorizing No-Excuse Absentee Balloting: The Proposed Amendment would delete from the current position on absentee ballots, the requirement that an absentee voter must be unable to appear at the polls by reason of absence from the county or illness or physical disability.

Proposal 1,3 and 4 failed. If passed, there would have been more dysfunction within the election process. The voters got it right on proposal 2 and got it wrong on proposal 5. We need clean air, clean water and a healthful environment. We do not need a civil court that is already inundated with an unmanageable caseload. We need Judicial Reform. We will not acquire it through ballot proposals. There must be legislation drafted, voted upon and passed in Albany by members of the NYS Assembly and NYS Senate.

In 2022, a new election cycle will be upon us. There will be multiple candidates vying for positions ranging from Governor to State Committee Member. Let us make sure that whatever proposal placed on the ballot reflects the interest of all communities not some.