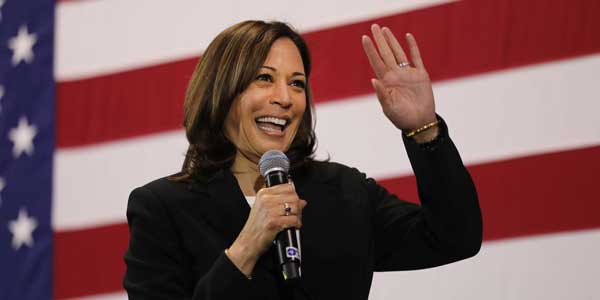 As a 20-year-old Afro-Puerto Rican progressive college student, who organized for Bernie Sanders during the Democratic Presidential Primaries, I’m not the first voter demographic that comes to mind when election experts chart an electoral path for Democratic Presidential nominee Joe Biden. Sanders overwhelmingly won young voters, especially the 18-29 age group, in the Democratic primaries; and many young progressives have shown hostility to a Biden candidacy. Truth to tell, approximately 80 percent of Sanders supporters say that they will support Biden this fall. However, that number masks the skepticism felt by millions of young progressives who believe that Biden will not pursue the policies for which they care so deeply. Their mistrust should not be dismissed. According to a Pew Research study, people aged 18 to 23 will make up around 10 per cent of eligible voters, enough to make a difference in battleground states such as Florida and Pennsylvania, in cities like Miami and Philadelphia. So, a rational, progressive case must be made in order for Biden to sway these voters.
Fortunately, Joe Biden’s Vice-Presidential nominee Kamala Harris has the potential to be the backbone of this case. A woman born to Jamaican and Indian immigrants, Harris’s path to the vice presidency was just as improbable as it was sensational. An HBCU alumna, she burst on the political scene in 2003, when she was elected San Francisco district attorney in convincing fashion. As DA, Harris showed her inclination for progressive policy, introducing the “Back on Track initiative,” which created GED courses along with job training and drug testing programs for nonviolent first-time drug offenders. The initiative is widely seen as a primary reason the city’s recidivism rate which dropped from 54 to 10 per cent in 6 years. Never complacent, Harris created the city’s first environmental justice unit, which goes after crimes involving illegal dumping and air pollution. Upon the unit’s creation, Mrs. Harris stated, “Crimes against the environment are crimes against communities, people who are often poor and disenfranchised.” Helping the poor and disenfranchised is at the core of what it means to be a progressive.

In 2010, Kamala Harris was elected California Attorney General, where she secured around $25 billion from the big banks to assist consumers devastated by the nation’s foreclosure crisis. While many progressives sharply criticized the deal for not going far enough, it indicated that Harris was willing to take a progressive stand when needed. In addition, the Harris AG office directed the state justice department to adopt body cameras, ordered California police to undergo racial bias training, and refused to defend Proposition 8, which banned same-sex marriage in California. In her roles as SF DA and California AG, Harris has enacted and defended numerous progressive policies.

In the 2020 Democratic Presidential primaries, Kamala Harris emphasized progressive policies such as Medicare-for-all, the green new deal, and a $15 minimum wage, which proves that she has a willingness, and at times even, a predisposition to meet progressives halfway or further on several key issues. She knows how the wind is blowing; she knows that the Democratic Party, and the electorate as a whole, are getting younger, browner, and more progressive. If Harris holds 2024 aspirations, she must consider these demographics and fight for policies supported by this new electorate. Still, all of this is contingent on one crucial factor, voter turnout. Voting is power, and if young progressives like me choose not to show up this fall, we lose any potential power gained in a Biden-Harris administration. In her memoir “The Truths We Hold,” . Harris wrote, “When activists came marching and banging on doors, I wanted to be on the other side to let them in.” Well, Mrs. Harris, this door happens to be located on 1600 Pennsylvania Avenue. All we ask is that if we show up, you let us in.