THE WEEK IN REVIEW
Advertisement 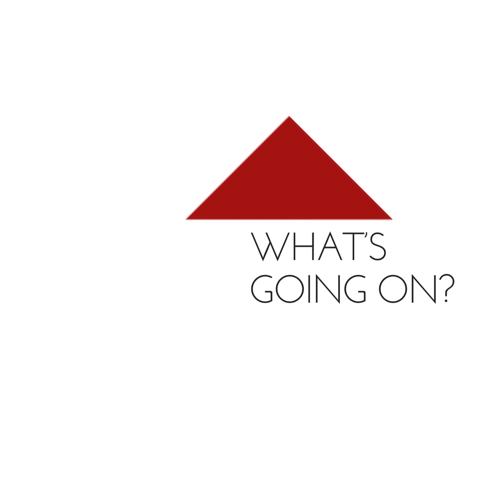 NEW YORK CITY:   MEMO to Columbia University President Lee Bollinger:  I was shocked when I read the stories about Columbia University Black American senior Alexander McNab, a victim of racial profiling at a Columbia campus on April 11.   Media reported that he got a few “Hello Sirs” from public safety officers, which he ignored.  Similar experiences were always about his campus ID, which white male students are not subject to. He continued walking and found himself roughed-up by six of your security men.

I also saw a graphic video of McNab’s experience. The ordeal unfolded outdoors where passersby were able to record the student/guards encounter.   The Barnard dean has been the spokesperson for McNab’s unfortunate experience and reports that most of the guards were suspended with pay pending an investigation. It is hard to believe that Black men are racially profiled in New York City’s only Ivy League university. I also read the piece written by Mr. McNab in the Columbia Spectator where he reflects on his psychic and psychological state during the encounter with the security guards. He has no control over his genetics, admitting his gumbo background, Black mother, white dad and some Indo heritage. The guards’ behavior is unacceptable, as is Columbia’s policy, which allows them to profile and humiliate Black students. Is your Columbia the same university which got the lion’s share of goodwill and publicity from the 3/30/19 NY Times story, “50 YEARS OF AFFIRMATIVE ACTION, WHAT WENT RIGHT AND WHAT IT GOT WRONG”?

The following is an update on 2020 presidential hopeful Pete Buttigieg, the South Bend, Indiana mayor. He is 37, gay, a Harvard grad, a Rhodes Scholar who has substantive things to say during his interface with media. Read last week that he fired the African-American police chief shortly after assuming office in response to white police claims about him listening to their phone conversations. South Bend is a city with about 35% Black and Latino residents who did not fare as well as their white counterparts during the Buttigieg economic recovery since he’s been mayor starting in 2012. The city’s Black and Latino poverty stats double the figures for national Black and Latino poverty stats.

WOMEN IN THE NEWS

Harlem Holistic Wellness Week (HHWW) 2019 runs from April 27 to May 4. Held annually on the last Saturday in April to coincide with World Tai Chi and Qigong Day, when people in more than 80 nations begin those energy exercises at 10 am across the worldwide time zone with a one-mind focus of world peace, holistic health and wellness.  You are invited to attend the HHWW 4/27 exercises at 10 am at St. Nicholas Park at 135th Street.  At 3 pm, the HHWW Natural Living Film Festival and Community Forum begins at the Mayles Documentary Film Center, located at 343 Malcolm X Boulevard at 127th Street, with a screening of HEAL. At 6 pm, the film, “SIMPLY RAW,” about diabetes will be screened. Live food and tastings are part of the fun. The HHWW is the brainchild of entrepreneur, author/fine artist Yvonne Stafford.  For full HHWW calendar, visit: harlemholisticwellness.com.

Harriet Michel departs to Sydney, Australia on May 3, where she will keynote   SUPPLY NATION’S 10th Anniversary Conference, which will celebrate Aboriginal-owned businesses. SUPPLY NATION is one of the many National Minority Supplier Development Council’s (NMSDC) international chapters, which she founded during her tenure as the organization’s president.

Berry Gordy’s Motown, the iconic record label, has a secure place in the 20th Century American Songbook. It is like a gift that keeps giving. On Broadway, there is the highly acclaimed musical, “AIN’T TOO PROUD TO BEG, The Temptations,” which is a natural for multiple TONY nominations. This year is the 60th Anniversary of the storied music label. Would like to see a really superb TV Motown Tribute, something akin to the “MOTOWN 25 Special” in 1985, which had Black footprints all over it, unlike the “CBS Motown at 60 Grammy Special” last Sunday. Must admit, I loved going down memory lane with so many superior vocalists. But it was gimmicky, with too many bells and whistles and J-Lo. Producer recommendations?  Suzanne DePasse or team Beyonce/Jay-Z.  Look for the Marvin Gaye US Post Office Stamp which was issued on April 2nd.

TIME magazine’s annual cover issue about “The 100 Most Influential People” is on newsstands. In addition to the usual suspects, Messrs. Donald Trump, Xi Jinping, Pope Francis, Crown Prince Mohamed bin Zayed and House Speaker Nancy Pelosi, quite a few African-Americans and Africans made the list. I may have made an error or two, basing ethnicity with regard to phenotypes when I was uncertain. The “Influentials” fall into the following categories:  Pioneers, Artists, Leaders, Titans and Icons. The Black pioneers include Fred Swaniker, Lynn Nottage and Marlon James. The artists include Dwayne Johnson, Regina King, Mahershala Ali, Ozuna (Dominican/Puerto Rican rapper) and Khalid. The leaders are Cyril Ramaphosa, South African; Abiy Ahmed, Ethiopia Prime Minister; and Alexandria Ocasio-Cortez. Titans: Egyptian Mohamed Salah, Pat McGrath, Gayle King, LeBron James and Tiger Woods. Icons include Spike Lee, Desmond Meade, Caster Semenya (South African track and field athlete and Olympic gold medalist) and Michelle Obama. Wish that the issue went into more of a biography depth.

rds Celebration, which puts a spotlight on “Women in Business,” and will be held at Mist Harlem, located at 46 West 116th Street on May 1 at 6 pm.