“The Hearts of Darkness, How White Writers Created The Racist Image of Africa”
Advertisement 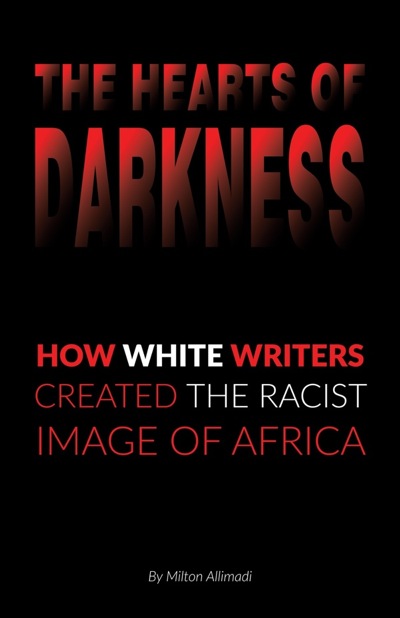 What people are saying about “The Hearts of Darkness, How White Writers Created The Racist Image of Africa”

“Milton Allimadi has written a perceptive and enlightening book that will resonate with those who have examined the current conditions and challenges in the African world. I am certain that Allimadi’s book will take flight with its illuminating messages. This is a profound work.”

The only cure for racism is knowledge, and Allimadi mines a deep deposit of racism and its practitioners in the archives of the New York Times, Time magazine and National Geographic magazine.  In talking to retired editors and reporters from these publications, Allimadi reveals himself as researcher activist….This is why ‘Hearts of Darkness’ will be the first book my students read in my History of Africa courses.

by American and European Powers!

My book, “The Hearts of Darkness, How White Writers Created the Racist Image of Africa” (Black Star Books), deals with the history of demonization of Africans in Western media from the 18th century to the contemporary era. It critiques the “journals” of the Europeans who traveled to “discover” lands where Africans had lived from the beginning of humanity and who renamed lakes and mountains after European monarchs and paved the way for later colonization. The book also critiques writings about Africa in newspapers such as the New York Times and magazines like the National Geographic, beginning in the 19th century.  The book analyzes letters exchanged between New York Times editors and reporters sent to Africa beginning in the 1950s at the beginning of the decolonization process; many of the letters were very racist. The book shows how the root of some of today’s biased/stereotypical/racist coverage of Africa can be traced to the template created by the so-called “explorers”.

HARLEM WEEK Culminates With a Weekend of Fun In The Community