The future is speaking – listen up!
Advertisement 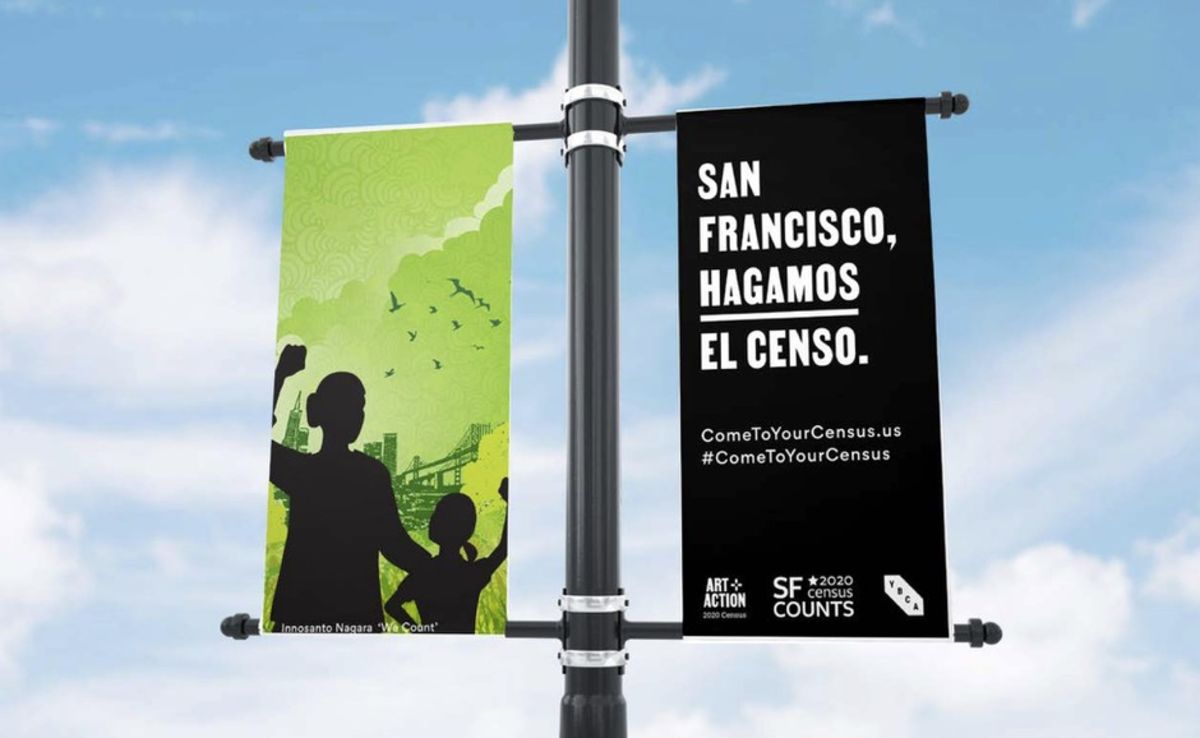 Local to National – Message from San Francisco on Census

by Rosina Ghebreyesus
for the San Francisco Bay View (8/20)
More and more youth are stepping up to get their families counted in the 2020 census. Talking with a few young Frisco natives, new perspectives are gained on the dynamics of growing up in hard-to-count communities.
For most born and raised in some of San Francisco’s brightest communities, they often became some of the most neglected. Yet, that experience makes you step up before your time, while molding you to be a go-getter.

In 2019, Visitacion Valley native Sabrina McFarland became the National Youth of the Year for the Boys and Girls Clubs of America. This honor is no easy feat. It’s her grit and the way she used her story to uplift herself that got her where she is today.
Discussing her experience with the census, Sabrina said: “I remember when my mom filled it out when I was 10, and I just remember being like, ‘What is this?’ And I think at the time actually there was a whole scandal because there was a scam going on with people sending fake U.S. census forms to steal information. And I remember being so wary of that, and I was just like ‘Don’t ever fill out those papers.’”
McFarland explained how experiences like these deterred folks altogether from getting counted in the census. The fear of providing your personal information was far too great a risk for already vulnerable communities.
Funding from the census goes directly into addressing the needs of hard-to-count communities all over the city. Whatever you wish your district had more of, y’all can have it.
“Especially what I realized was that a lot of people of color, especially like Black people, they don’t trust the government at all and that lack of trust has fed into a lot of things that I feel like are more detrimental to the Black community. But at the same time, these numbers are very important to really get a sense of what is needed, and who is there.
“You only get that one chance every 10 years, so it’s very important to get that information. But I just know a lot of people don’t trust the government. Historically, they have every right to not trust the government, especially the US government.”
Familiar faces always bring a sense of peace, and it’s those friendly faces that can be the difference in boosting counts in hard-to-count communities. McFarland brought up a great point to invest in the people already doing the work.

“A lot of grassroots organizations, a lot of community people who are already in those communities – like really reaching out and connecting with people – can help numbers. I feel like people trust community leaders a lot more than they’re going to trust the US government.
“So if you’ve got community leaders on board and they’re like, ‘Look, we need y’all to do the census. We need people to fill this out. This is going to in the long run really help the government allocate funds or be able to assist us.’”

Honing in on the community supporting the community is an investment worth pursuing in the effort to get an accurate count and resources out to the people. In searching for guidance and information on any topic, you seek those you trust – it’s the same here.
Funding from the census goes directly into addressing the needs of hard-to-count communities all over the city. Whatever you wish your district had more of, y’all can have it. It’s just about knowing how to acquire what’s out there.

If McFarland could put census funding to work in Visitacion Valley, she’d allocate it toward “the need for a space for teen and youth outlets, and safe places to go, I think that’s super important. Especially so kids don’t have to get caught up in any type of non-productive or non-positive activities.
Now is the time for discussions to be had about concrete methods of putting actual resources in hard-to-count communities. Politicians don’t have the answers – the community does.
Leya Elias is a first-generation Eritrean-Ethiopian San Francisco native. She has always been a kind-hearted soul, with a fierce passion for the justice and economic growth for all Black people. Interning at IMPACT and in then-district Supervisor London Breed’s office, she continues to grow as a young Black woman shaping change in her community.
While making a home at Stanford University working on her degree in psychology with two minors in political science and Black studies, she was selected as a Truman 2020 scholar. She’s a force for change.