Read Until You Understand
Advertisement

Laying These Ghosts to Rest 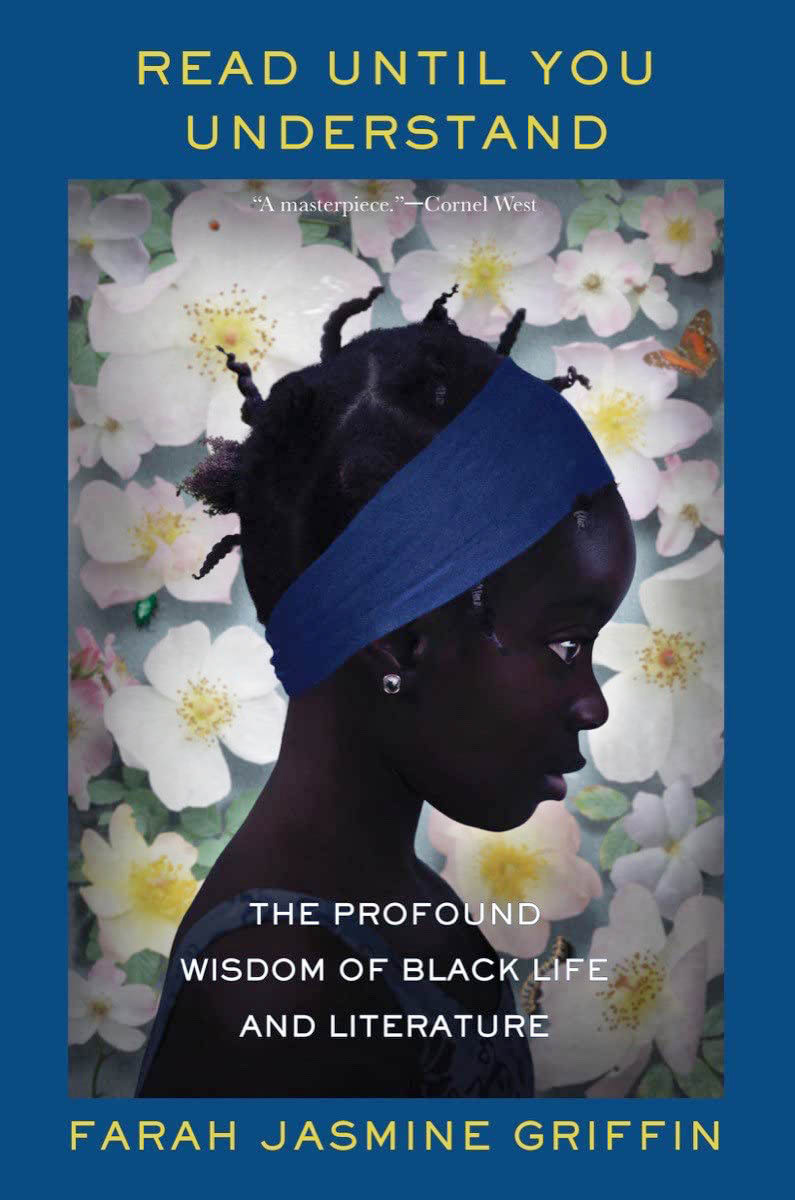 The Profound Wisdom of Black Life and Literature

A Legacy of Resistance, Healing, and Transformation in Black Literature

Memoirs come in varying forms and rather than chronicle an entire life from birth to adulthood offer a glimpse into a specific area of a person’s life. Upon reading them we are left with a deeper understanding of the author and a realization of their world view, the factors that have impacted their life’s choices, and significant transformative experiences in their lives. When I think of memoirs that have attracted me, I am immediately reminded of novelist, nonfiction writer, literary activist, writing coach, and co-founder of the Zora Neale Hurston/Richard Wright Foundation Marita Golden. In her debut memoir Migrations of the Heart, she states, “Womanhood was a process, not a destination.” This statement spoke to me as a young woman entering the beginning stages of adulthood.

Migrations laid the groundwork for the themes that recur in Golden’s fiction and nonfiction: racism, colorism, grief, family conflicts, abuse, marginalization, sexism, cultural, geographical and class boundaries, and the need for love and self-care. Poet Elizabeth Alexander’s memoir The Light of the World recounts her trauma and grief when she suddenly loses her husband of 15 years. It is a testimony to Alexander’s deep and sacred love for her husband Ficre, an East African man from Eritrea. As she recalls their life’s journey, we witness her go through the process that is necessary to regain a sense of well-being and to heal herself and her sons. In Miss Chole: A Memoir of a Literary Friendship with Toni Morrison, AJ Verdelle chronicles her meeting with Nobel Laureate Toni Morrison and the ensuing friendship and mentorship that develops as she heeds the wisdom of a literary giant and comes to know the extraordinary writer and scholar. And of course, Black literature is replete with testimonies that date back to the freedom narratives of those who were enslaved, the autobiographical narratives of our political and civic leaders, and the deeply personal stories of our literary writers.

In Read Until You Understand: The Profound Wisdom of Black Life and Literature, scholar and writer Farah Jasmine Griffin has crafted an extraordinary memoir that one could describe as the history of Black American literature in prose. Her memoir centers on her relationships with books and how these reading experiences have helped her to understand life more deeply and the experiences of Blacks in America. Black writers in this country have a long history of overcoming obstacles and engaging in the struggle for the freedom to live as citizens whose civil and human rights are respected and honored. Through their liberation narratives, poetry, fiction and essays, they have documented their experiences of what it means to live as a Black person in a society that is socially constructed by race. Writers, activists, and luminary leaders such as Frances Harper Watkins, Frederick Douglass, Ida B. Wells, W.E.B. Du Bois, Richard Wright, Langston Hughes, Gwendolyn Brooks, James Baldwin, Toni Cade Bambara, Audre Lorde, and Octavia Butler have given us texts that strengthen and sustain us through challenging times. We enter the world of the stories crafted by these writers, scholars, and activists and Griffin’s words resonate with us: “As a people, we are scarred but not broken.”


The genesis for Griffin’s extraordinary relationship with books comes from her father, a lover of literature, an activist, and a man with a deep and moral commitment to pursuing truth. Griffin loses her father at the age of nine and this is the beginning of her journey with the books and writers who become her companions in life. Her father has bequeathed her a legacy centered on self-love and a strong heritage. She becomes a voracious reader and reads a range of texts which include Black and White American and European authors. It is indeed no surprise that she chooses a profession in academia, that of a scholar and professor who is interested in reading the world more deeply, connecting students with people they do not know, and diving deeply into what writers say on the page as well as what may be hidden in the layers of texts they craft.

Griffin is particularly drawn to literature written by Black Americans and we meet a range of Black writers, poets, and scholars in the pages of her memoir. We come to know and appreciate the characters in their fiction and prose and to examine the ways in which they use literature to interpret systemic racism and social injustice and to explore art, music, and culture.
The works of Toni Morrison permeate the pages of this memoir and shape the ways in which Griffin sees the world. In discussing Morrison’s The Bluest Eye, for example, Griffin notes that her work highlights those who have experienced the loss of family and community. In her novels Song of Solomon and Home, Morrison explores the concept of transformative justice and emphasizes the ethics of care. Griffin suggests that these acts of restorative justice and care in Morrison’s novels might serve as guiding principles in our society.

Phillis Wheatley, the first African American poet to publish a book of poetry, has often been misunderstood. Griffin provides readers with a deeper understanding of Phillis
Wheatley’s poem “On Being Brought from Africa to America.” The poem was initially celebrated as evidence of the Africans’ capacity for intellectual pursuit and then criticized by Black intellectuals as unenlightened because it appeared to express gratitude for the slave trade.

Griffin presents readers with background information on Wheatley and a deeper understanding of the research and discussion surrounding her work, intellectual journey, and use of the pen to advocate for freedom and liberty.
After studying Frederick Douglass more closely, she reveals that she admires him as a writer and political theorist. Her deep analysis and critique of the founding fathers in “What to the Slave is the Fourth of July” by Frederick Douglass exposes the contradictions, hypocrisy, and pathology of white supremacy as well as the conflicts inherent in the constitution.

Additionally,her thoughtful analysis focuses on how Black leaders have built on the arguments and theses of those who came before them. She observes that while Frederick Douglass calls for both the use of the ballot and the bullet to pursue Black Freedom, Malcolm X is more of the political heir of the abolitionist, writer and anti-slave activist David Walker and African-American abolitionist, minister, educator, and orator Henry Highland Garnet and Black Nationalist Marcus Garvey. Griffin also underscores how political leaders who advocate for freedom have sacrificed their integrity by disavowing those who have supported them. She cites as examples, Frederick Douglass’s distancing of himself from Henry Highland Garnet, Malcolm X’s distancing of himself from Elijah Muhammad, and President Obama’s distancing of himself from Rev. Jeremiah Wright. These acts of distancing and disavowing precious mentors raise the question in Griffin’s view of what price should one pay for freedom.

The concept of “mercy,” in the lives of Black people is a situation that is often complicated. Griffin highlights the many instances in which we see the oppressed grant “mercy” to those who have oppressed them. She notes that Black history is replete with instances of the oppressed choosing to forgive the oppressor and as a result of these acts of mercy, white citizens in the United States have been among the greatest recipients of mercy, thus forcing the reader to ponder, what have we done in the name of mercy?”

A glimpse of the table of contents in Read to Understand testifies to her exploration of these concepts. Chapters such as “ The Quest for Justice,” “Rage and Resistance,” “The Transformative Power of Love,” “Death,” and “Cultivating Beauty” are substantive testaments to the rich texts representing acts of resistance, transformation, and healing that Black writers have penned.

In the chapter on death, for example, Griffin opens with a quote from Elizabeth Alexander’s book, The Trayvon Generation. Alexander writes “Black creativity emerges from long lines of innovative responses to be the death and violence that plague our communities.” Griffin argues that the presence of death is constant in the lives of Black people who have endured enslavement, lynching, Jim Crow laws, and numerous instances of injustice due to racism. She reminds the reader that Black culture has always made room for death. We see this in the last line of Gwendolyn Brooks’ poem “We Real Cool.” It reads we “Die soon.”

Griffin’s chapter on social justice emphasizes the power of the novel. In her words, “As a form, the novel can raise questions about the possibilities and goals of social justice. It allows us to imagine a society governed by an ethics of care and devoted to restructuring and repairing those who have been harmed.” The novel as a literary text also is part of the tradition of a legacy of resistance in Black literature. And like the novel, the poem in Black literature has been a powerful medium to highlight resistance and the need for justice. Claude McKay’s “If We Must Die” written in response to the “Red Summer of 1919” where hundreds of Black people were murdered at the hands of vigilante mobs and race riots throughout the country is one such poem. Journalism depicting images of the 1898 Wilmington North Carolina Race Riot, the 1943 Harlem Riot, the Black Lives Movement, and the tragic murders of Black men, women, and children such as Yusuf Hawkins, Amadou Diallo, Ahmaud Arbery, Trayvon, Michael Brown, Eric Garner, Tamir Rice, and Breonna Taylor speaks to the legacy of resistance in Black literature.

Read to Understand: The Profound Wisdom of Black Life and Literature is the story of Black America in letters. It is a literary testament to W.E. B. DuBois’s Souls of Black Folk and reiterates how Black people continue to persist and light the way in the face of struggle and obstacles.

Laying These Ghosts to Rest