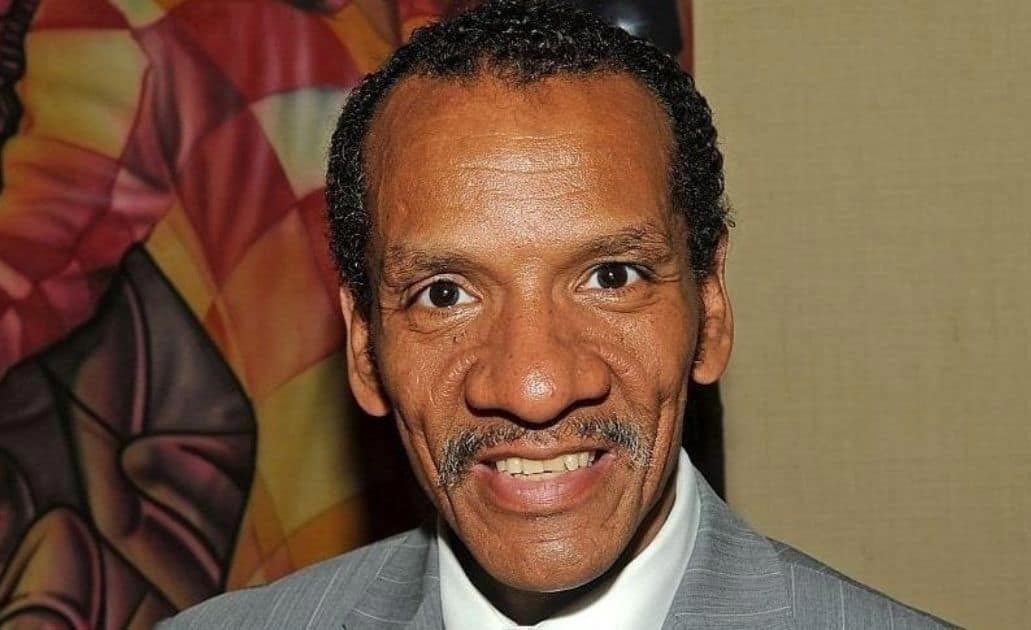 An Inspiration for the “Woke” Generation

By Fern Gillespie
Almost 50 years later, Good Times (1974-1979) remains a cultural touchstone. The inspirational show about a Black family in a Chicago housing project broadcasts almost every day on some channel. This year, artist Ernie Barnes’ famous 1976 painting The Sugar Shack, the official Good Times painting, sold for $15.3 million. to Black businessman Bill Perkins, who called it his family’s Mona Lisa. Ralph Carter’s young activist Michael Evans, remains one of TV’s most famous characters. A lifelong Brooklynite and community activist, today, Carter has leadership roles in the Cultural Museum of African Art and the award-winning Broadway star serves as a vice president of the Audelco Awards. He has taught at the Child Development Center at CCNY and written over 20 children’s books. Our Time Press recently spoke with him about his career in entertainment and his insights into being an inspiration for the woke generation.

OTP: You started your career on Broadway at age nine in The Me Nobody Knows. What was that era like?
RC: I got caught in that beautiful vortex of the 1960s and 1970s. I got the chance to meet the best of the best at that time. I’ve been very fortunate to not only meet spectacular men in my life but also fundamentally phenomenal women. It’s not every day that a kid gets a hug and a kiss from Nina Simone. Be called “darling” by Pearl Bailey. Or see the natural beauty of Lena Horne. Or the sensuality of Eartha Kitt.

OTP: Both you and Laurence Fishburne were child actors in the 1970s. Have you remained friends?
RC: Laurence and I have known each other since we were nine years old. We’ve never stopped being friends. He, along with me and Haywood Nelson, (What’s Happening) made a pack to stay friends. Laurence and I had mothers that kept us grounded. Our mothers were no-nonsense women. His mother Miss Hattie Fishburne and my mother Miz Lucille Carter got along. It was clear to us that if our mothers could get along, we could get along too. So, we’ve had this consistent brotherhood throughout the decades. That no one can replicate. Laurence has always been a man of wonderful humility. Laurence and I graduated from Lincoln Square Academy located on 66th Street. I’m exactly two months to the day older than Laurence. We both turn 61 this year.

OTP: In the 1970s, Michael was the only Black activist child on television. Did You personally have that political drive?
RC: Keep in mind I grew up in the wonderful company of revolutionaries. I grew up in Reverend Daughtry’s church. I saw all these wonderful strong men. However, even in the context of Michael, I have to quantify that I could say, as a boy, about white racists and get away with it as a child. But a grown Black man saying the same thing, I might get lynched in Mississippi. So, there were some things that were written for me through writers Eric Monte (Cooley High, What’s Happening, The Jeffersons) and Mike Evans (The Jeffersons, All in the Family) That I could say and get away with it. It is Mike Evans who created the militant character that I portrayed Good Times. However, my personal life and my artistic life ran congruently. It was a natural segue. I was not only a student of Dr. John Henrik Clarke at Hunter College, I became his protégé and he allowed me access to his books. My mentors were John Amos and Esther Rolle. They would make a major impact on my life. Especially, how I view television and how important it is for us to be in control of our images
Years ago, I was invited by this wonderful group of African American lawyers to a program. I’m walking in and the people that introduced me at that time asked the audience who here was influenced by Ralph Carter and became a lawyer based on the character that he played? It was a unanimous arm raising and it showed me the impact that media can have. Also, how they sincerely took to heart what I said about being not only a Supreme Court justice but being a lawyer in particular. To be honored with a character who can have an impact like that is a very humbling experience. But also I’ve had a lot of brothers in my life who have told me man to man that they became interested in African American history based on the character. I think not only the launch of the character longevity of the character Michael Evans, but the elasticities that he was able to stretch and touch many different young men and women along the way. If a character can do that, then I think some artists must be very careful in the roles that they choose. I’ve always been very particular about the roles I play.

OTP: You were growing up in an era where they were a few Black people on television what impact did that have on you?
RC: I remember that the world stopped when Black people knew other Black people were going to be on television in the 1950s and 60s. When we knew the Jackson 5 was going to be on Ed Sullivan Show, everything stopped. It was a phenomenon. Then you had wonderful people like Sammy Davis, Jr. who had his own TV show. You had fabulous people like Flip Wilson. I used to do a little Geraldine thing on Good Times. ‘What you see is what you gonna get.’ Flip Wilson, brought that type of art to a wonderful level that was very honorable.

OTP: Norman Lear just turned 100 years old. You were part of his ground-breaking television series. What was that like?
RC: Norman Lear has always been an actor’s producer and director. He had a great affinity for his artists. If you studied his history, the majority of all the actors that he ever hired were East Coast theater actors. From Carol O’Connor to Sally Struthers to Esther Rolle. I come from the theater. By the time I was on Good Times, I had won every major theatre award in America. This included the Tony Awards’ nomination for the Raisin. I won the Drama Desk Award, the Theatre World Award, and the Grammy Award for Raisin. I did this before I was 12 years old. I worked hard. When you look at Good Times in retrospect, we were able to showcase a lot of fantastic artists. Anyone who was hot at that time came through the ranks of Good Times. It wasn’t just a litmus test, it was a platform to get them exposure to millions of people. There was a time when 50 million people would watch Good Times on a weekly basis. Remember, we only had only ABC, CBS and NBC at that time and Norman Lear was the king rooster. He had All in the Family, Maude, Sandford and Son, the Jeffersons, Different Strokes, One Day at a Time, and Mary Hartman Mary Hartman. This is one guy who was able to authentically handle each of his productions. Keep in mind each different show had different issues. Norman Lear could address those issues and more times than not solve the problem.

OTP: The millennials and the Z generation are called the “woke” generation. What do you think about that?
RC: One thing I like about the woke generation is they don’t call me Michael. They call me Ralph. That’s how woke they are! My advice to them is number one to never give up on yourself. And, my mother said never curse the day because you don’t know how it’s going to end. Follow through with the day and before you know it what a gloomy day was turns out to be a burst of sunshine. And beautiful rainbows.

OTP: You originally worked with your mentor John Amos on Broadway two years before Good Times. How important are your mentors?
RC: In my second Broadway play Tough to Get Help in 1972, it was directed by Carl Reiner (All in the Family) and we were at the Booth Theatre. That’s where I met my spiritual father John Amos. He is the ultimate surrogate father. When my own father heard that it was on! They are both Capricorns. I have something that I call the Capricorn Factor. Most of the men who ever had an impact on my personal life have all been Capricorns. That includes Dr. John Henrik Clarke, Dr Ben, Rev. Herbert Daughtry, my father and my big brother Charles. I’m blessed to have wonderful sisters and brothers in my personal life. I also had refuge in people like Al Vann. Because, when you come back to New York, brothers like that keep you grounded. Because fame in Hollywood is very fleeting. My mother always said that there was life beyond this. So don’t get caught up in it.