A World in Danger: Past Time to Act 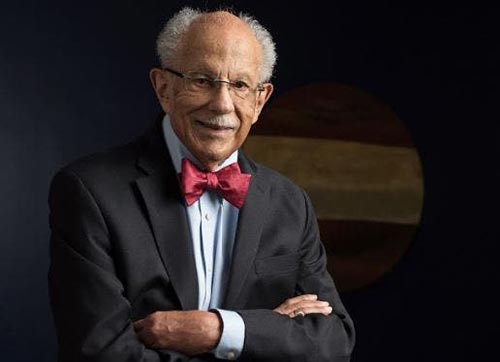 From park rangers to environmental justice advocates, Black men and women are making a huge impact in the environmental movement. And Nobel Prize winner Warren Washington is one of them.

Well before climate change became  a hot button issue in the news, Warren Morton Washington, was creating the computer models that would allow scientists to understand its impact and interpret weather patterns.

As only the second African-American to earn a doctorate in ​atmospheric sciences, Washington is considered an international expert on climate research.  A former chair of the National Science Board,  Washington is currently senior scientist at the National Center for Atmospheric Research in Boulder, Colorado.

In 2007, Washington’s computer models were used by the Intergovernmental Panel on Climate Change to develop an international understanding of the issue. Washington, along with fellow scientists at the National Center for Atmospheric Resources, shared the 2007 Nobel Peace Prize for this research.

In 2019, Washington was awarded the Tyler Prize for Environmental Achievement — an award sometimes described as the “Nobel Prize for the environment.”

Biden prepares for climate summit, U.N. says the world is ‘on the verge of the abyss’

Protecting Environments in the Courts and on the River