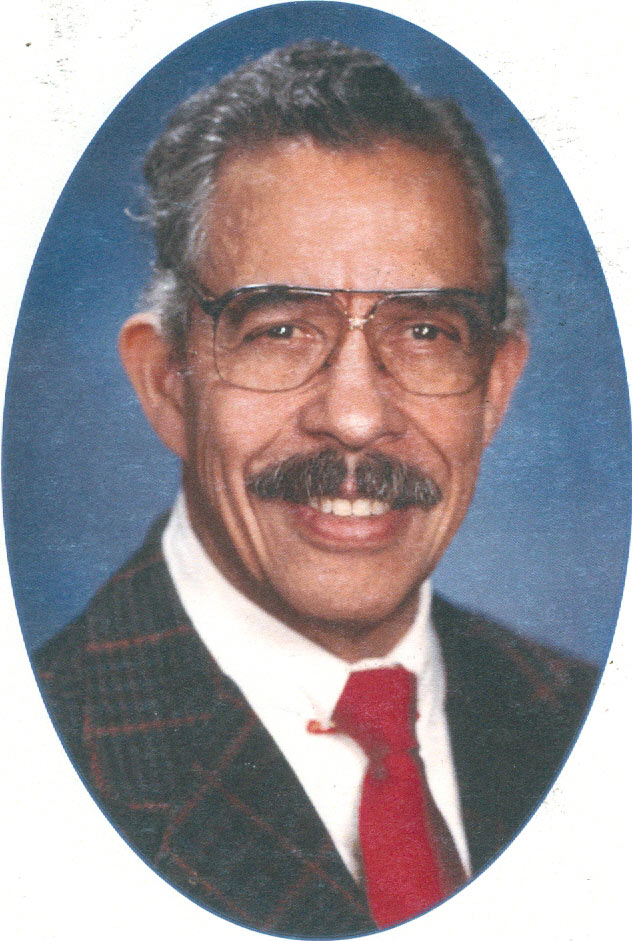 Osceola “Ozzy” Louis Fletcher was born in Manhattan to Harold Fletcher and Harriet Mineola Fletcher. Ozzy was named after his grandfather, Osceola, a Blackfoot Indian of the Crow nation. His father died in 1925 as a result of a World War I poison gas attack.

At first, Ozzy grew up with his mother moving from borough to borough. However, when he was six years old and alone in his apartment, he caused a fire and was taken from his mother and placed in foster care. Despite his dire circumstances, he loved and excelled in school. He learned early that education was his ticket to a better life.

While pursuing a degree in Mechanical Engineering at the City College of NY in 1943, he was drafted into the United States Army. He served in Europe during the war, and his outfit arrived in Belfast, Ireland, ten days before D-Day. As he moved across Europe, he served in the Transportation Corps, the Engineer Corps, and the Military Police. In France, he was severely wounded twice. Once, shortly after D-Day, when he was bringing supplies from a barge up to the shores of Normandy and again when the truck he was in, delivering supplies and mail to the front, came under fire by the enemy.

It wasn’t until April 16, 2021, some 76 years later, after exhausting research and work, that the United States Army finally recognized him and was awarded the well-deserved Purple Heart Medal for his wounds sustained during World War II.

On February 17, 2022, the French government bestowed the Insignia of Chevalier of the Order of the Legion of Honor upon Osceola Fletcher for his efforts and sacrifice in helping liberate France during World War II. Osceola was 100 years old when he received this honor.

Upon returning to the United States, he transferred from CCNY to Long Island University and graduated with a bachelor’s degree in Journalism in 1948.

In 1947, he met Pauline Amy Chandler. They quickly fell in love and soon married at St. Philips Church in Bedford Stuyvesant, Brooklyn, on October 16, 1948. That union brought forth five children – Lorraine, Malcom, Jacqueline, Andrea, and Andrew. They were married for an amazing 74 years.

Continuing his education, Ozzy enrolled in two Graduate schools at New York University and received two Master’ Degrees, one in Secondary Education and a second in American Literature, both in 1954.

Over 24 years, he served as a Patrolman, Detective, and Sergeant for the New York City Police Department. Ozzy was one of the founding members of the Guardians Association, an organization that supports the members of color on the force.

After retiring from the Police Force in 1972, as a Detective-Sergeant, Ozzy began a second career as a High School English teacher at Boys and Girls High School in Brooklyn. To mentor students, he became a student government coordinator and the school newspaper’s advisor.

Osceola was very proud of being a member of the 100 Black Men, a 75-Year Lifetime Member of The American Legion Post 1059 in Brooklyn, and a Life Time Member of the National Organization of Black Law Enforcement Executives (NOBLE). He was also a Life Member of the Comus Club, for which he wrote a book on the club’s history titled Comus Chronicles: A Social History of Gentleman Survivors Of The Last Eight Decades.

In 1990 Osceola retired from teaching and then served as a member of the Brooklyn District Attorney’s Office, where he worked with the Public Relations Department as a Community Liaison and the Senior Citizen Bureau as a counselor.

In 2009, he was presented with the “Sloan Public Service Award” for his commitment far beyond the call of duty. They said, and I quote, “He is a renaissance man and an American hero. At 87, he continues working for all the right reasons: to improve the lives of others. Fletcher – he is the person you always want in your corner.” Ozzy always looked to give people a leg up! Many people can say that Osceola Fletcher helped them get their job or aided them in their careers. He retired in 2014 at the age of 92.

He loved books! They were all over the house, filling every crevice. He also collected police hats and patches from his travels in the United States and abroad. In addition, Ozzy was a Civil War Round Table National Historical Society member and had two poems published in the Annual Collegiate Poetry Review. Osceola was a student of the world and enjoyed scholarly challenge and exchange! People loved to listen to his stories of days gone by. He was like a walking, talking history book.

Above all, Ozzy was a loving husband, father, grandfather, great grandfather, and friend. Always expecting the best from his children, he wasn’t one to easily dole out compliments, but his children would hear from people how he recounted things they had done and how very proud he was of his children. Ozzy’s family was the light of his life.

He will be always loved and forever missed. – Submitted by the Family

The descendants of Osceola “Ozzy” Fletcher and Pauline Amy Fletcher hosted a double-funeral for their patrilineal and matrilineal hierarchy on Thursday, November 17, 2022, at St. Philips Episcopal Church on Decatur Street – the site of the couple’s marriage 74 years ago.

Mrs. Fletcher’s obituary was published in the November 24 issue of this publication. Today, we present the family’s obituary for Mr. Fletcher. Their daughters prepared both, and there is nothing more we can add to their exquisite words except …

The Fletchers were a great lesson in lives well-lived, individually and as a couple. They left behind for their family and Brooklyn community lessons in commitment, organization, and humanity.

Yesterday, Our Time Press spoke to Courtney A. Bennett, Executive Director of the 100 Black Men of New York. In his description of “Ozzy,” a decades-long member of the distinguished organization, were words celebrating the legacies of both Fletchers. “He was dedicated, a role model for strivers of all ages, particularly young people he mentored as an educator. He was one of the most active members, yet humble, riding the subway to the 100 Black Men meetings in Manhattan from Brooklyn and back well into his 80s until we discovered what he was doing and provided transport. He was the father figure many aspire to be.”

The “humility” Bennett describes and the Fletcher’s sense of tradition OTP alludes to in last week’s story are illustrated in a footnote shared by his daughter Jacqueline Streets:

“My father wore a blue suit when he and mom got married, and he wore that suit at every important family event: my wedding; when both of my brothers got married; when my son and daughter got married; at their 50th and 60th wedding anniversaries! He always said he wanted to be buried in that suit. And he (and my mother) made sure we knew where it was, too! And yes, my dad was buried in the navy-blue suit! Just like he asked.”