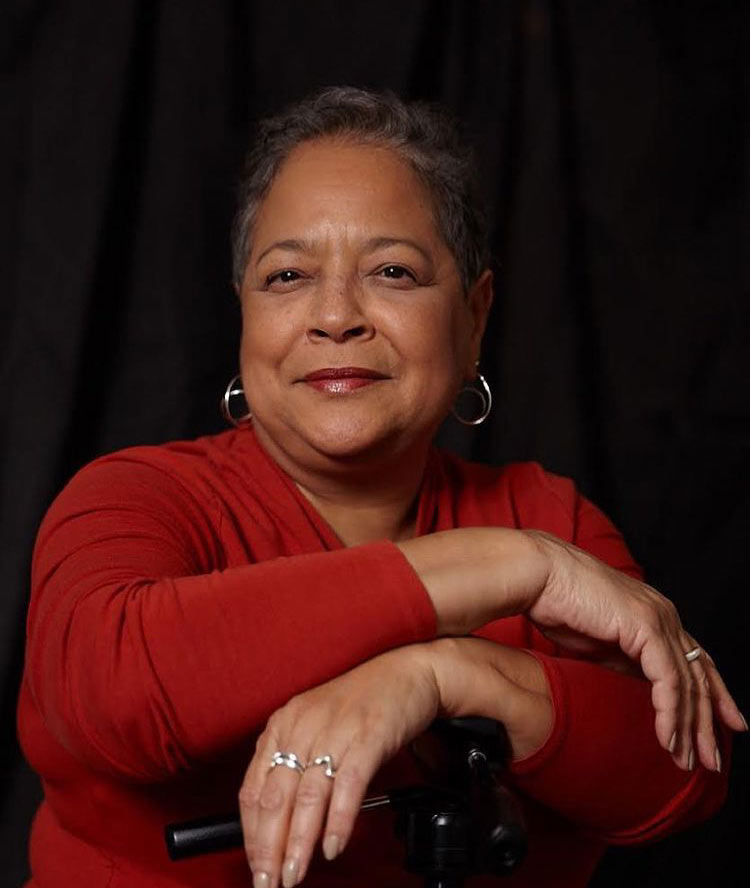 Michelle Materre, fearless leader for women in independent film and New School professor, has died Michelle Materre, associate professor of Media Studies and Film at The New School, died of cancer on Friday. Throughout her career, she dedicated herself to opening doors in the filmmaking industry to women and people of color.

By Fern E. Gillespie
Independent filmmakers, Black filmmakers, film scholars and the creative community are mourning the loss of Michelle Materre, who died on March 11 of cancer.

For over 30 years, Materre’s knowledge of film and her acute business skills have impacted generations of filmmakers. As an independent media consultant to filmmakers and film/video organizations, she advised on strategy, funding, distribution, marking and production. Some of her projects included acclaimed award-winning films like “Ralph Bunche: The Odyssey Continues” by William Greaves; “Sweet Honey in the Rock: Raise Your Voice” by Stanley Nelson; “Chisholm ’72: Unbought & Unbossed” by Shola Lynch and Channel Thirteen/WNET’s national series “The Rise and Fall of Jim Crow.” Michelle served a three-year term as curator of Channel Thirteen/WNET popular series “Reel New York,” a showcase of independent film and video-makers. For over a decade, she programmed the “Harlem Film Festival” series at Aaron Davis Hall at CCNY.

From 1992 to 2001, Materre was co-founder of the film distribution and marketing company, ​​KJM3 Entertainment Group, Inc. and directly managed the release of 23 independent films. She was behind the marketing of renowned director Julie Dash’s landmark film “Daughters of the Dust,” which was entered into the Library of Congress National Library of Film in 2004.
In addition, Materre curated Creatively Speaking, a film series dedicated to women filmmakers and people of color. Her most noted series were “Tell It Like It Is: Black Independents in New York: 1968-1986” and “One Way or Another: Black Women’s Cinema, 1970-1991,” with the latter being listed in The New Yorker as “The Most Important Repertory Series of 2017.”

“During this period, filmmakers were typically producing totally on their own, without limited support and resources from institutions and grant-making agencies – indeed getting the work produced ‘one way or another,’” Materre wrote in Black Camera: An International Film Journal in 2019. “Yet, this work lives on and remains relevant today, fulfilling the mission of the Creatively Speaking Film Series to capture the often-buried voices, harsh realities, and boundless creativity of historically marginalized and underrepresented filmmakers of color.”
Since 2000, Materre served as associate professor of Media Studies and Film at The New School, later becoming the director of the Media Management Program, the director of Creative Strategies at the Institute for Race, Power, and Political Economy and the director of the Bachelor’s Program for Adults and Transfer Students.

Early in her career, she was a staff writer/producer for Henry Hampton’s Blackside Productions, and an assistant story editor for MGM/UA in the feature film division. Materre earned a master’s in educational media from Boston College. She served on the boards of New York Women in Film and Television, Women Make Movies, International Youth Leadership Institution and was active in the Black Documentary Collective.

Black women filmmakers have become a force in the field and Materre was a muse and mentor. “After a friendship that spanned over 35 years, I said goodbye to my sista friend Michelle Materre. A force to be reckoned with, Michelle’s love for Third World cinema and her lecture series Creatively Speaking has helped hundreds of young visionaries make their films. A staple at The New School, Michelle taught and mentored hundreds more,” wrote Emmy and Peabody award-winning director Neema Barnette, the first Black woman to direct a network sitcom (“What’s Happening Now!”) in her tribute to Materre on Facebook. “There will be celebrations of Michelle’s life and we will make sure her work continues. Michelle was a true warrior Queen who fought battles with bravery and hope. Rest in Power Michelle, because you know how much you were loved.”