Locking up Black Lives Matter activist Pamela Moses for registering to vote makes her a prisoner. A political one
Advertisement 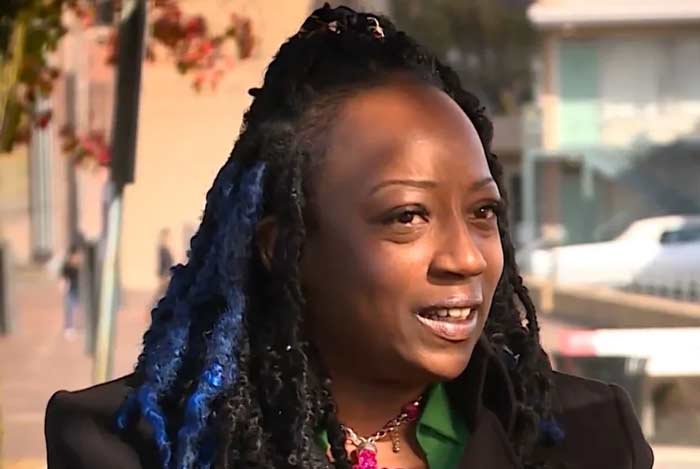 During a 2018 conversation with 1960s civil rights activists David Acey and Calvin Taylor about the need to strike a balance between business and political interests and people trying to succeed in a system stacked to benefit said interests, Pamela Moses just wasn’t feeling it.
“There is no balance when you have one entity that has everything, and a minority of the city which has none,” the Black Lives Matter activist said.
“There is none…”
Still, a year later, Moses swallowed her skepticism and tried to participate in that system; one that she already believed was stacked against people like her.
And, now, she’s doing prison time for it.
In 2019, Moses ran for mayor of Memphis, only to be told by Shelby County elections officials that she was still on probation for felony convictions from 2015 – convictions which included stalking and threatening a judge, perjury and evidence tampering.
Those convictions made her ineligible to vote, much less run for office.
But while looking into her eligibility Moses realized that she had never been removed from the voting rolls, which prompted her to go to court and ask a judge for clarity.
You know, go through the system.
The judge told Moses that, yes, she was still on probation. Still, there she was, on the voter rolls.
Could the judge have miscalculated her sentence?
To settle that question, Moses went to a local probation office to sort it all out – where an officer filled out a form and signed a certificate saying that, yes, she had indeed completed her probation.
So, Moses then submitted paperwork and the officer’s signed certificate to elections officials – along with a voter registration form.
Then, this: The corrections office said that officer had made an error. Said Moses was still on probation and ineligible to vote.
But her attempt to simply register to vote was a crime; one that landed Moses a six-year-prison sentence.
Criminal Court Judge W. Mark Ward said that Moses had tricked probation officials into restoring her rights. Said that if she behaved herself in prison, he’d consider placing her on probation after nine months.
If Moses was so smart as to “trick” professionals into mistakenly restoring her rights, they’re the ones who should be made to stand in a proverbial corner.
Not her.
Yet if the goal here was to make an example of Moses, it’s backfiring spectacularly.
National news outlets, ranging from The Washington Post to MSNBC, have picked up on the ludicrousness of Moses, a Black woman, being sentenced to prison for trying to register to vote when, around the nation, numerous white men have received probation for committing actual voter fraud.
And what it illuminates isn’t Moses’ lawlessness, or probation officials’ incompetence as much as it illuminates a confusing and unjust law – and a punishment that doesn’t fit the crime.
According to the Brennan Center for Justice, Tennessee’s felony disenfranchisement laws are among the most complex in the nation.
It’s easy to see why.
On the Secretary of State page it lists certain felonies for which a person is permanently disenfranchised, such as murder and rape.
But it also includes other felonies, grouped by various time periods, such as misconduct involving public officials and employees, or interfering with government operations, that might, at least hypothetically, be used to disenfranchise protesters who get arrested while demonstrating at government buildings.
Interestingly, those offenses were added to the permanent disenfranchisement category in 2006, the year in which there were widespread demonstrations all over Tennessee, and the rest of the nation, for immigrant rights.
Anyone could be confused and overlook, or misunderstand, parts of that law, such as the part that states that anyone deemed as infamous – as Moses was because of her numerous prior convictions – loses his or her voting rights permanently.
But people who have paid their debt to society should be able to vote again. Anywhere. Otherwise, what’s the point of rehabilitation if the person isn’t ever allowed to fully rejoin society?
And someone like Moses, who was confused about whether she had finished paying that debt, shouldn’t be locked up because of that confusion – especially if the confusion was abetted by people who should have been able to clear it up.
Which makes me wonder if there’s more to this unfairness.
Moses is no fan of Shelby County District Attorney Amy Weirich, who made the decision to prosecute her.
She and BLM members have been persistent critics of Weirich for what they believe are failures to hold police officers accountable for shooting unarmed Black men, and for, according to a 2017 Harvard Law School project, being ranked tops in Tennessee for prosecutorial misconduct.
Weirich disputed that ranking. But by prosecuting Moses for trying to register to vote, it doesn’t look as if she’s pursuing justice.
Instead, it looks as if she’s trying to pluck a perennial thorn from her side.
Weirich, however, hasn’t exposed Moses as a felon, but as, for all intents and purposes, a political prisoner.
No matter how one wants to look at it, sending someone to prison for six years for trying to register to vote is unfair– and to pursue that punishment invites more distrust of a justice system in Memphis that isn’t trusted by many Black people anyway.
Even though, at least for a while, Moses was trying to give that system a chance.

Inequality Kills Around the World