I Support Omarosa in Solidarity!
Advertisement 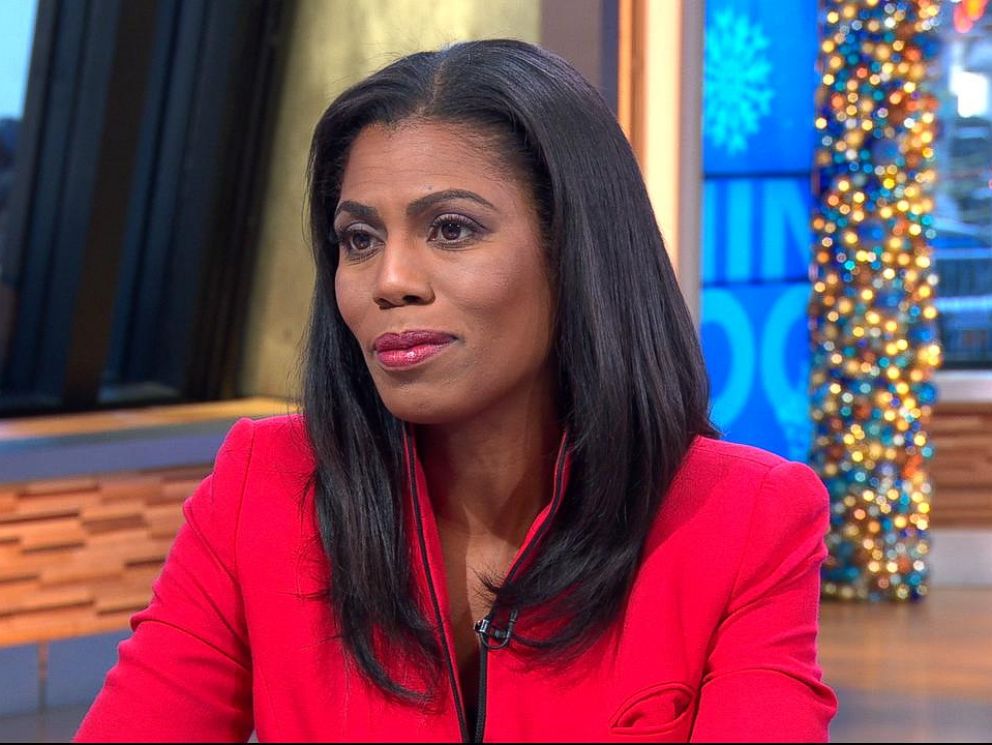 Sadly, a lot of Black people are celebrating the fact that Donald Trump, a.k.a. “Number 45”, kicked Omarosa to the curb. Or according to her, she resigned. That’s really “six of one thing, half a dozen of another”. The bottom line is, in Omarosa’s time of need, Black people feel they got the key to heaven’s pearly gates for beating this Black woman down like she stole something! I gotta tell ya, this kind of “Black Woman Bashing” by the Black community makes me sick to my stomach!! Anybody who knows me knows I am a rabid feminist!! I am extremely pro-women; in particular, pro-Black women. So I’m about to say something very unpopular right now but what the hell, that’s never stopped me before. My name is Lisa Durden and I support Omarosa in solidarity!

Something must be inherently wrong when the Black community embraces murderers like gang member Stanley “Tookie” Williams, after he founded the West Side Crips in Los Angeles and terrorized our community for years! I refuse to understand how the Black community can forgive and forget that abuser Chris Brown, after he beat the hell out of Rihanna so badly till her face was unrecognizable. It makes my #BrainBleed when Blacks, especially Black women, brag on social media about going to that accused child molester R. Kelly’s concerts. It puzzles me how Black people can rally around that accused rapist Bill Cosby in the name of legacy. And yet, Black folks vilify Omarosa for accepting a $180,000-dollar-a-year job with “Number 45”. Did Omarosa kill your momma?? Did Omarosa take your man?? Did Omarosa rape your child?? NO!! My sister Daphne will tell you that I am all about redemption and reciprocity. Yes, we all agree, Omarosa made a CLUCKED-up decision to work for Donald Trump, but I’d like to think she’s now contemplating the error of her ways. So, if we can extend grace to those miscreants, it’s only fair to do the same for Omarosa. Unfortunately, Black Male Privilege is real!!

With that said, why didn’t any of you good ole “God-fearing” Black folks, who threw shade toward Omarosa, drag boxer Floyd Mayweather for attending Donald Trump’s Inaugural loud and proud?? Why haven’t I heard a peep out of any of you so-called “appropriate” Black people about boxing promoter Don King supporting “Number 45”?? He’s even in pictures with Omarosa and Donald Trump and not as much as a whisper from y’all. Nobody in the “pristine” Black community clapped back when rapper Kanye West and former NFL player Terrell Owens supported Trump. Why aren’t any of you good “Christian, upstanding” Black folks angry at the caterer who got paid to supply the food for Trump’s Inaugural; the tech company who got paid to provide the audiovisual services for Trump’s Inaugural; the florist who got paid to provide the flowers for Trump’s Inaugural; and the venue that got paid to rent the space to Trump for his inaugural. By now, you see where I’m going with this. It’s painfully clear, you “Black Power” Blacks are perfectly fine with Black men all up in “Number 45’s” camp and “randoms” taking Trump’s money to provide products and services, but when Omarosa, a Black woman, gets paid by Trump for her skill sets, talents and intellectual property, she’s somehow a monster.

Yup, I am fully aware that “Number 45” is a racist!! That is not a secret. But let me ask y’all Blacks a question, “Did anybody throw you under the bus when you worked for a racist in order to pay your bills and feed your family”?? Cause the fact of the matter is, historically, Black people have worked for racists such as shining their shoes, cleaning their houses, cooking their food, taking care of their kids, sharecropping their land and driving Miss Daisy; all while being called “nigger’ in their face. But we understood then and we understand now why Black folks had to make those kinds of sacrifices. Well, sorry to break the bad news to y’all, but things haven’t changed that much. The fact is, every single Black person has, is, or will work for a racist white person in their lifetime because we are still not in the position, as a people, to be able to employ the entire Black race. Sure, we have a few uber-rich Blacks who own their own businesses, but there still aren’t enough Black-owned businesses to employ all 42 million Black people who reside in the United States. So please get off your hypocritical high horses and let Omarosa make her dough in peace.

Don’t get it twisted, I am very aware that a lot of Black people have been hating Omarosa’s guts from her character on “The Apprentice” and the “Celebrity Apprentice”. Yes, sometimes she appears to be clucked-up! Yes, she’s been perceived as ruthless! Yes, she is provocative! But so is Kim Kardashian. However, you don’t see white people excommunicating her from their white community. It’s interesting how white women like Kim Kardashian can be all up in sex videos with Ray Jay backing that thang up, taking back shots and pulling out the golden kneepads to service him and instead of the white community rejecting her, white men like the Ryan Seacrest’s of the world embraced her and gave her a huge reality show to make sure she was good!! When white women like Anna Nicole Smith are strippers and filthy-rich old white men like Howard Marshall take her off the poll, the white community gives her cheers, not jeers. Omarosa wasn’t “hoeing”! Omarosa wasn’t stripping! Omarosa wasn’t drugging! Omarosa wasn’t stealing! So, I am very disappointed that many Blacks, especially Black men, have the nerve to treat Omarosa like a stepchild when she simply took a job as the Director of Communications for the Office of Public Liaison for the Trump Administration.

Don’t get me wrong, I can certainly understand how Omarosa can rub some insecure people the wrong way. However, is her confident, larger-than-life personality a crime?? Rachel Maddow is as brash and crass as they come, and yet, instead of the white community being embarrassed by her, they gave her a big show!! Simply put, when the smoke clears, life is about self-preservation. And as Omarosa said in her “Good Morning America” interview with Michael Strahan, “When you’re not at the table, you’re on the menu”. My melanin friends, that powerless position ain’t cute! Omarosa’s book deal is being inked as we speak, and I can’t wait to get an advanced copy; she will be spilling the Lipton Tea!!

A SALUTE TO DORIA RAGLAND