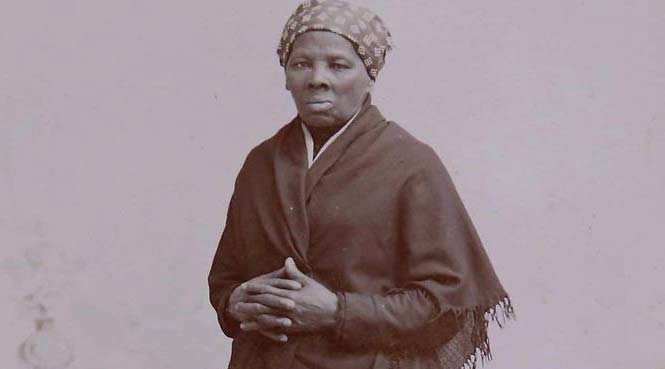 After making history herself as the first woman to head the U.S. Department of Treasury, Yellen hopes the effort will help to honor Tubman and other historic Black leaders in our nation’s history.

“It’s important that our money reflect the history and diversity of our country,” said White House press secretary Jen Psaki following a question about Yellen’s announcement.
According to New York Times reporter Alan Rappeport, “the decision to have Ms. Tubman replace Andrew Jackson as the face of the $20 note was set in motion in 2016 by the Treasury secretary at the time, Jacob Lew.” Rappeport added that “President Donald J. Trump opposed the idea, and his Treasury secretary, Steven Mnuchin, stopped work on that part of the currency redesign, arguing that adding new security features to the money was a more urgent priority.”

When the idea of a Tubman $20 was originally announced in 2016, then Treasury Secretary Jacob J. Lew unveiled a very inclusive and progressive plan for changes he wanted to implement across U.S. currency. Lew had also proposed updating the back of the $10 bill to include “an image of the historic march for suffrage that ended on the steps of the Treasury Department [that would] honor the leaders of the suffrage movement — Lucretia Mott, Sojourner Truth, Susan B. Anthony, Elizabeth Cady Stanton and Alice Paul.”

In addressing his decision to feature Tubman on the $20 bill, Lew wrote in an “open letter” to the American people: “The decision to put Harriet Tubman on the new $20 was driven by thousands of responses we received from Americans young and old. I have been particularly struck by the many comments and reactions from children for whom Harriet Tubman is not just a historical figure, but a role model for leadership and participation in our democracy. You shared your thoughts about her life and her works and how they changed our nation and represented our most cherished values.”

He went on to say, “Of course, more work remains to tell the rich and textured history of our country. But with this decision, our currency will now tell more of our story and reflect the contributions of women as well as men to our great democracy.”
In 2019, the New York Times unveiled a previously unseen conceptual design showing Tubman on the face of the $20 bill.

At the time, Rappeport — who wrote that Times 2019 piece as well — reported that “A current employee of the bureau, who asked not to be named because of the sensitivity of the matter, personally viewed a metal engraving plate and a digital image of a Tubman $20 bill while it was being reviewed by engravers and Secret Service officials as recently as May 2018.” He added that “This person said that the design appeared to be far along in the process,” and “there was a sense of excitement and pride [within the bureau] about the new $20 note.”
Whether the existing Tubman design will be used or a new design will be commissioned remains to be seen.

For those who don’t know her story, “Harriet Tubman was an escaped enslaved woman who became a ‘conductor’ on the Underground Railroad, leading enslaved people to freedom before the Civil War, all while carrying a bounty on her head,” according to History.com. “She was also a nurse, a Union spy and a women’s suffrage supporter,” the site adds, going on to call Tubman “one of the most recognized icons in American history” with a legacy that has “inspired countless people from every race and background.”

Gone But Not Forgotten: 5 Eye-Opening Facts About the Legendary Hank Aaron