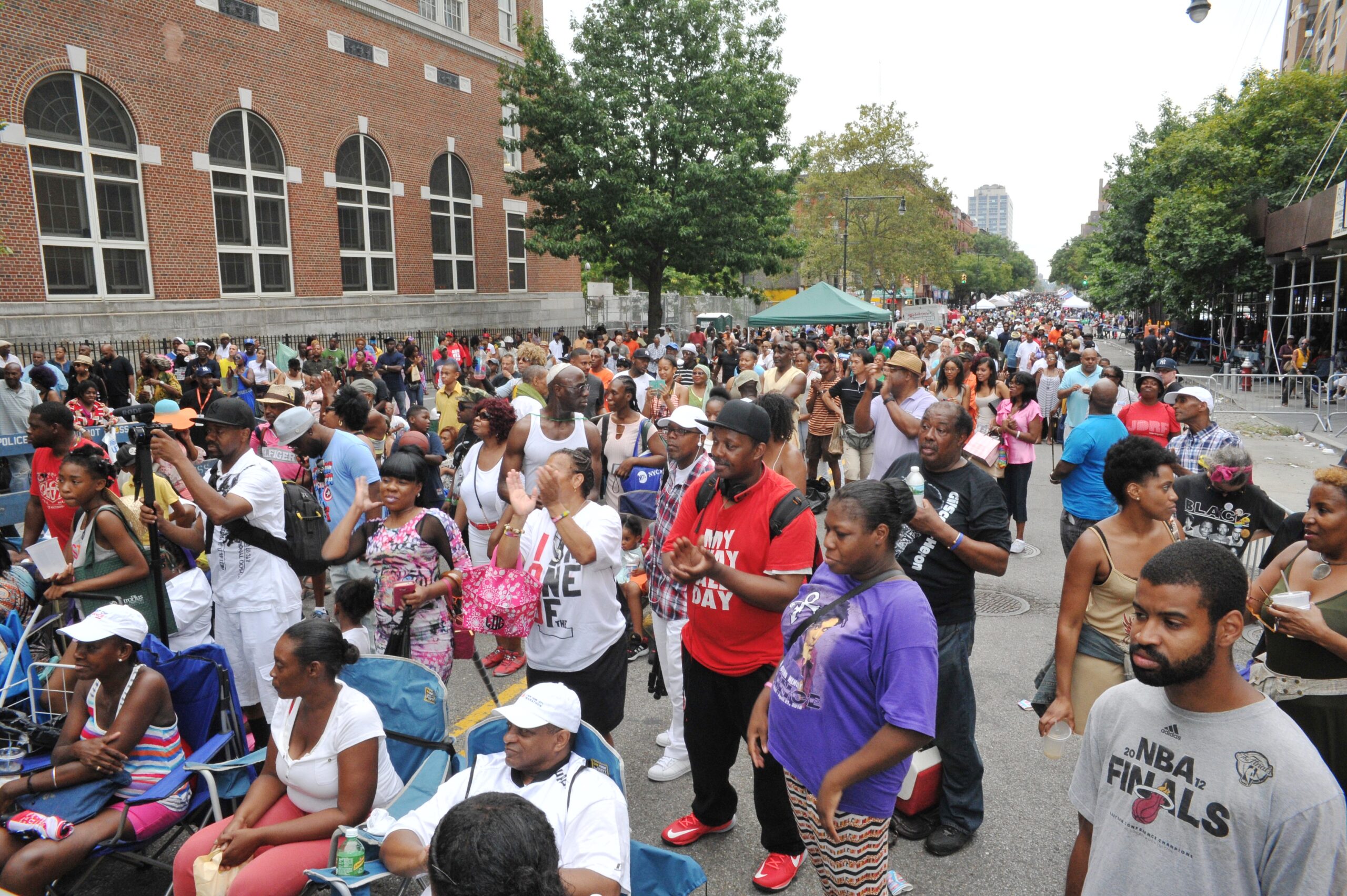 With draws like soul singer Eric Benet, a dance party in the middle of 135th Street and soul food galore, it’s easy to see why scores of people flocked uptown over the weekend.

HARLEM WEEK’s signature events, “Summer in the City” and “Harlem Day”, drew thousands to West 135th Street between Lenox and St. Nicholas Avenues on Aug. 20th and 21st. The events had the feel of a state fair, with concerts on the main stage, a children’s festival, an old-school dance party and vendors selling everything from jumbo shrimp and fried catfish to Africa-inspired jewelry and natural hair and skin care products.

“I love seeing all the people,” Udetta Chestnut, 68, a retired educator and Harlem transplant who now lives in Wayne, NJ, told the Harlem News. “No arguing or fighting. Everybody is getting along. Just to see our culture come together. I’m here and I’m enjoying it.”

On Saturday, Eric Benet headlined the “Harlem Music Fest”, where he performed all of his hit songs and even coaxed the audience to sing with him on his duet with Faith Evans, “Georgy Porgy”. The Traditional Afro-Cuban Dance Troupe also performed an energetic showcase. Closing out the show was the Jeff Foxx Band, which honored Vaughn Harper of WBLS.

Also on Saturday, representatives of Historically Black Colleges like Hampton University, The University of the West Indies hosted a higher education fair and expo to encourage kids uptown to consider their schools.

“The camaraderie with the HBCU’s is very high and I just enjoy coming here,” said high school teacher Nia Modest, who headed a table for Clark Atlanta University. “I got introduced to a lot of people in the eighth grade. I told them to start visiting colleges in their sophomore and junior years because it’s never too early.”

On Sunday, the crowd marveled at some of the classic cars and buses on show as part of the Upper Manhattan Auto Show. The U.S. Tennis Association hosted a clinic and there were honors for Rep. Charles Rangel, Prince and Muhammad Ali. The evening culminated with artists from the Harlem/Havana Cultural Exchange playing a musical tribute to Maurice White of Earth, Wind & Fire.

The weekend was a boon to local businesses like Charles’ Pan Country Fried Chicken and owner Charles Gabriel, known as Harlem’s “King of Fried Chicken”, said HARLEM WEEK was a great way to get his Southern comfort food staples in front of a wider audience.

“Business has been great,” the chef said in between dishing up fried chicken, macaroni and cheese and collard greens to his customers. “A lot of people don’t know we exist, so we came to introduce ourselves to the public.”

Inside the Children’s Festival, restaurant chain Applebee’s, which has two locations in Harlem, gave away a college scholarship on Saturday as well as prizes like free appetizers and kids’ meals via a prize wheel.

“It’s a favored event because it’s family and kids,” said Ken Feldman, vice president of marketing for Apple-Metro, Inc., the company that owns Applebee’s. “We want people to know that we’re in the community and we’re part of the community. We love the opportunity to connect with the public.”

Meanwhile, sponsors like MetroPlus, The Color Purple, the New Jersey Performing Arts Center and Central Park North Orthodontics, set up booths to talk to the public about their programs and services. Reps from the Apollo Theater handed out literature on their historic tours and “Amateur Night” auditions while HealthFirst workers talked to passersby on their health insurance options.

“We’re here because we’re part of the community,” said Roland Garcia, who works in community engagement for HealthFirst. “We’re here to answer questions about health insurance in terms of Medicare and Medicaid – and the Essential Plan. If people don’t qualify for Medicaid, they can qualify for that plan.”

HARLEM WEEK, which is presented by The Greater Harlem Chamber of Commerce and sponsored in part by the MTA and Apple Bank, celebrates all things uptown through a series of music, cultural and community events all summer.

“The Hearts of Darkness, How White Writers Created The Racist Image of Africa”