Getting NYCHA Housing in the Black
Advertisement 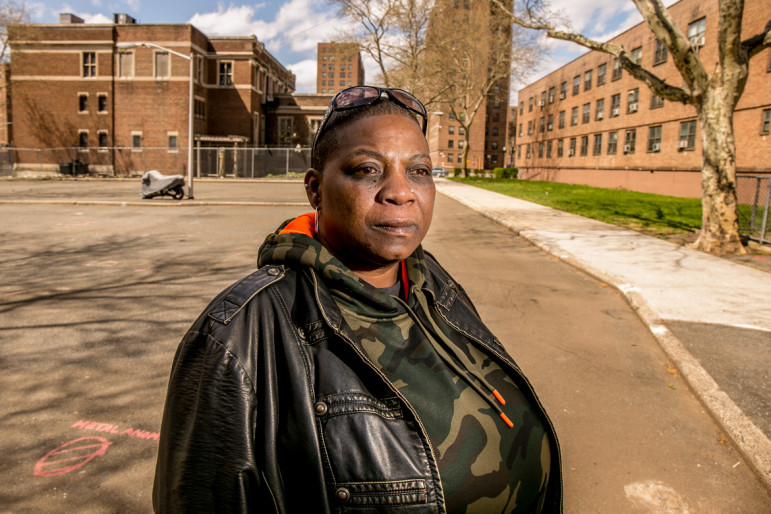 “NYCHA is in a crisis. Therefore, up-to-the-minute stats on each building is required. We don’t have the day-to-day Comstats. It will take new people, new management systems and data-driven work to help struggling New Yorkers. Let’s go building by building and fix the greatest infrastructure that was ever built.”—NYC Comptroller Scott Stringer

True to its name, BRIC TV’s #BHeard Town Hall is the monthly forum for average New Yorkers, community leaders, academicians, New York City employees and the elected to discuss pressing issues. Everyone’s opinion and plan for improvement is considered. All that is required is the will to travel to the BRIC Arts Media House, find a seat in the ballroom and wait to give your voice to what you know needs to be heard.

On October 3, 2018 BRIC TV and the Economic Hardship Reporting Project presented NYCHA, The Cost of Living. Brian Vines, BRIC TV Senior Correspondent, opened the discussion by stating the following facts: The New York City Housing Authority (NYCHA) is the United States’ largest public housing authority. It employs approximately 11,000 people who service 100,780 apartments found in 2,500 buildings across the five boroughs. One out of 14 New Yorkers live in these residences. Vines asked the audience, “What is it about NYCHA which makes it a community worth fighting for?”

One boy who appeared to be a preteen responded by saying, “We live in a neighborhood that is so awesome…we fight for this country.” A NYCHA resident hailing from Harlem named Crystal referred to the Development and Privatization scheme which entails selling off public housing land to private developers for NYCHA’s stability.

She voiced her distrust of the NYC Council by saying, “You have two [NYC] Council members who will serve no purpose here tonight. You need to hear from the residents.” Vines cautioned her to “not preempt them before they can talk.” Carolyn Cabbagestalk (sic), who lives in Brownsville Housing said, “What’s good is that we live there, we work there, we sleep there. We want our community to be better than what it is. We want beautification.” A young woman who did not give her name stated, “NYCHA residents are the laboring fighting force of this city—with that force being criminalized. We are basically the community that the city is built on.”

Brian Vines then switched the focus to the invited speakers who sat in the middle of the audience. All four people have a concern for the continued existence of NYCHA and the current administrative practices and failures. The first person introduced was Lisa Kenner, Resident Association President of the Van Dyke Houses. Kenner stated, “My work starts off with me making sure NYCHA does what it says it’s going to do. People say that I think that Van Dyke is the White House and I say yes, I do believe it is the White House. We have to fight to ensure it is the most decent, clean and safe environment that it can be.”

Next introduced was Nicholas Dagen Bloom, who is an Associate Professor of Social Science and Chair of Interdisciplinary Studies and Urban Administration at the New York Institute of Technology. Bloom is the author of “Public Housing that Works.” Bloom analyzes NYCHA’s operations and points out the weaknesses of it whether it is in design or functioning. The book reviews the value of NYCHA. He contends it has very important value to the City of New York; one being “it is the only bulwark to keep the city from being a city only for the elite.”

Following Bloom’s introduction was Greg B. Smith, Investigative Reporter for the New York Daily News. Smith affirmed that he was a reporter which was “a dying breed.” Smith has been looking at how NYCHA is run for the past five years. He said he “was shocked by the mismanagement, the lack of transparency and the consistent inability of the tenants to have their voices heard. There is a federal judge now involved in NYCHA operations.” One of Bloom’s missions is to have people pay attention to what is really going on. One crucial element to current NYCHA management is that it is the US Department of Housing and Urban Development that controls NYCHA and not NYC Department of Housing Preservation and Development or the NYS Division of Homes and Community Renewal.

Next introduced was NYC Council member Alicka Ampry-Samuel (41st CD). Ampry-Samuel is working her first term in the City Council and is “excited” about her role as Chair of Public Housing. “The reason why it makes sense for me to be here is that I was born and raised in NYCHA, in the Marcus Garvey Houses. My mother and grandmother live in NYCHA housing.” Ampry-Samuel explained how as a child she watched her family “make a way out of no way.” She left for college, graduated and returned to New York City to assume a position within the executive office of NYCHA. She left NYCHA to run for City Council. She said, “I am not the exception in public housing. I and Ritchie (CM Torres, 15th CD) are the examples of what NYCHA produces.”

NYC Council member Ritchie Torres was the final panelist introduced. CM Torres previously was the Chair of Public Housing and now serves as the Chair of the Committee on Oversight and Investigations. Torres said, “One thing he counted on was his affordable home in NYCHA that provided stability to his family. Torres affirmed he will partner with Ampry-Samuel in the New York City Council.

After the invited speakers were introduced and made their preliminary statements, Vines managed a Town Hall that had the speakers and audience members participate in a charged discussion. Two issues that were brought up consistently were the federal investigation and resident participation. Lisa Kenner and Karen Blondell, an organizer in South Brooklyn and resident of public housing since 1982 both expressed concern for the low involvement of residents. Kenner encouraged all public housing residents to go to resident meetings and attend conferences. The youth ought to participate in youth summits. Similar to Greg Smith, Blondell questioned how was it possible for NYCHA to get away with the existence of lead and mold? Further, she asserts “NYCHA is under investigation and still falsified our reports of these conditions but no one is criminally charged. How can they go forward with RAD (Rental Assistance Demonstration) or in-fill housing when they are under investigation?

CM Ampry-Samuel appeared dejected when she said, “I don’t think anyone cares about us. As an elected official, it is difficult. Looking at the in-fill deals and [Mayor Bill] de Blasio’s housing plan, there’s no consideration for NYCHA. What input did the residents have in those deals? The Deputy Mayor of Housing Melissa Glenn won’t talk with NYC Council members. The Chair of NYCHA won’t meet with resident leaders.” CM Ritchie Torres recommended that NYCHA’s board include NYCHA residents. This would require empowering them for the responsibility and independent of the mayor.

Though the Independent Democratic Conference has been disbanded, the nine-point plan to resuscitate NYCHA still exists. The points include 1) 311 operators must take NYCHA complaints, 2) NYC Council oversight of NYCHA, 3) Follow-up testing of children who are found to have elevated levels of lead in their blood, and 4) A new management structure. CM Amprey-Samuel recognized that these points and others have been laid out previously. The Council member asserts, “We just need to move forward with any combination.”

Food for the Soul: The 4th Annual Madiba Humanitarian Awards