Get Civic-Minded, a Monthly Conversation about the Community
Advertisement 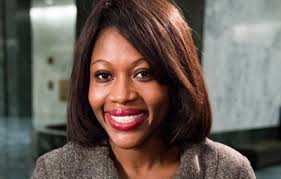 A mix of younger and mature adults, men and women, Caribbean, African-American and Euro-American people were present for the July 28, 2018 Get Civic-Minded monthly meeting held at MS 61. These meetings give St. Assemblywoman Diana Richardson (43 A.D.) the opportunity to not only to be an elected representative engaging with her constituents but be an itinerant political science professor. It was evident her seminars were having a positive effect from the thoughtful and shrewd comments that were voiced by this body of some thirty people.

“The point is your voice and your vote matters. Don’t believe otherwise. It is essential to study the numbers,” explained the assemblywoman. In the 43rd Assembly District, there are 87 election districts. Each election district is a gold nugget of information about voting characteristics: how many people are registered with a particular political party, how many people vote, how many did not vote and how each person voted is revealed. These statistics determine who the elected will give to. This giving comes in the form of speed bumps, traffic signs and lights, street cleaning, block party permits and police surveillance.

In the 43rd Assembly District, there are approximately 125,000 to 128,000 registered voters. However, 10% actually get out to the polls. This means between 1,250 – 1,280 people are making decisions for the other thousands of people. The most recent election was for the House of Representatives 9th District which involved a race between incumbent Yvette Clarke and new face-on-the-scene Adem Bunkeddeko. The incumbent offered a telephone town hall to her constituents rather than a live and personal gathering. Bunkeddeko’s major contention was that Clarke’s lack of legislative activity throughout her time in office. The 9th Congressional District has approximately 600,000 residents of which 70,000 are registered Democrats. The voting results were 3,500 for Clarke and 2,800 for Bunkeddeko.

Assemblywoman Richardson and other members of the NYS Assembly have several responsibilities. One of which is “to bring her or his district to the US Representatives.” Richardson explained at the meeting, “I could not do so because the leadership ought to be visible to her constituents.” This is a statement full of angst because Richardson recognizes Mrs. Una Clarke as her political mentor. Rather, Richardson may reveal to Rep. Clarke: “The constituents of the 43rd A.D. are very angry with you due to some decisions you’ve made. Hence, it’s difficult to bring them into your fold.”

The assemblywoman recognizes flaws in the people’s actions, too. “We tend to start a fight but not finish,” stated Richardson. This statement refers to the communities of color having a legitimate gripe about municipal services, social standing or a specific promise made but not kept, yet not having the will to carry on negotiations or struggle to bring the service unit into existence. Any pushback from the government or the reality of the government’s pace can have an issue lose steam.

As the voting season heats up, the assemblywoman revealed that she’s keeping a low profile or as she says, “I haven’t been answering the phone from any elected official because I’m not siding with anyone given the 43rd A.D. has not received the funds to carry out the proposed plans.” The proposed plans are laid out in the Vital Brooklyn Plan that she submitted on behalf of the district. It has been approved and the funds allocated for it but the funds have not been released. This situation had her bring up “Home Rule Authority.” Home Rule Authority as defined by Bob Reed, director of the Better Government Association, “Basically, it gives communities more control in both how they finance and how they will run their communities.” How Home Rule is relevant to the City of New York is the fact that Brooklyn has the highest population in the city and in the state, yet the New York City and New York State legislature control Brooklyn’s finances and how the funds are to be spent.

The Get Civic-Minded meeting moved into the study of the upcoming political campaigns. It was in this part of the meeting that community residents eagerly revealed their political astuteness. The first campaign discussed was the NYS Senate primary which is slated for September 13, 2018 rather than September 11th in order to observe the 2001 attacks upon Lower Manhattan.

The relevant race for the 43rd A.D. is between St. Senator Jesse Hamilton and Zelnor Myrie.

Zelnor Myrie is a lawyer who knows his way around the New York City Council. Myrie is running as a “real Democrat to protect and expand affordable housing.”

For the governor’s seat the contenders are Governor Andrew Cuomo and Cynthia Nixon. Though considered a newbie, Cynthia Nixon is an actress, an activist and known to be progressive in her politics. The latest polling has Cuomo leading significantly ahead of Nixon.

For Lt. Governor it is C.M. Jumaane Williams and Cathy Hochul, the incumbent. The meeting attendees believe Jumaane Williams’ best bet is to run for Borough President, Public Advocate or Comptroller because he hasn’t done much in upstate New York to be recognizable beyond New York City. Possibly, Williams would gather more steam and recognition by running for NYS Senate or Assembly.

For St. Attorney General it is Letitia James, Sean Patrick Maloney, Alicia Eaves and Zephyr Teachout. Letitia James is seen as trying to move too soon from an exceptional post. Sean Patrick Maloney is a US Congressman who said he will run for Congress should he lose the St. Attorney General race. Alicia Eaves of Buffalo, NY is a law professor and has declared she will not take corporate money. Zephyr Teachout believes that “Trump’s Presidency poses an existential threat to our democracy and we’ve got to fight it with every legal tool we have, including going after his business empire.”

For St. Assembly in the 43rd, it is Diana Richardson running unopposed. In her first term in office, she was able to get six pieces of legislation passed.

For District Leader it is Geoffrey Davis running unopposed.

For State Comptroller, it is Thomas P. DiNapoli running unopposed.

After studying the candidates, Richardson went into a study of the New York State Senate. There are 63 Senators in the  New York State (NYS) of which 23 are mainline Democrats and 8 Democrats who are former Independent Democratic Caucus (IDC) members. The IDC was disbanded in April 16, 2018. The 31 Democrats are unified under Senator Stewart Cousins. Senator Simcha Felder (D) has voted for Republican leadership of the NYS Senate since he was elected in November 2012 and ran on the Republican, Conservative, and Democratic lines. This results in 32 Senators  voting Republican, making the NYS Senate Republican led.