From the Harlem Chamber Players, Two Gifts and More to African American Culture and History
Advertisement 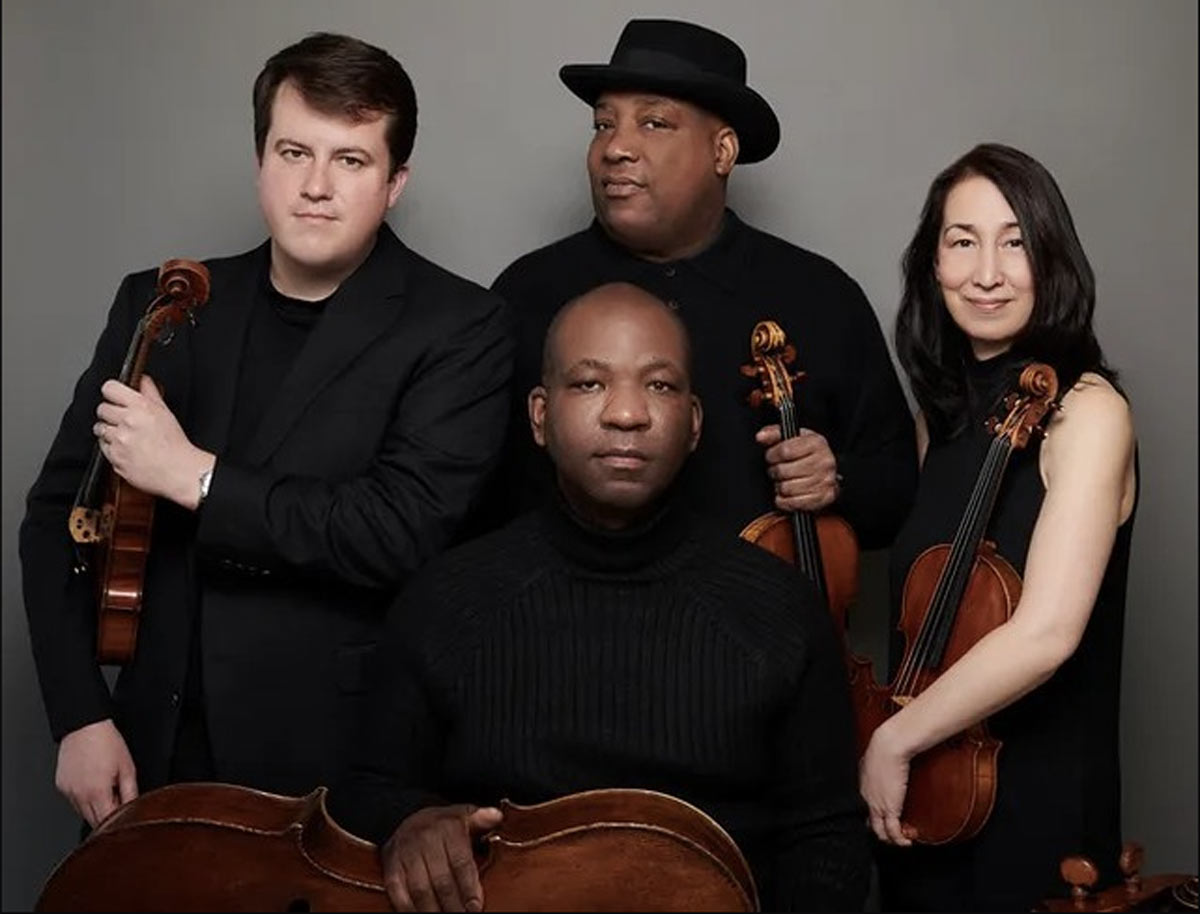 First-ever Album in Digital Format of Composer Adolphus Hailstork’s Music to Launch and Debut Performance by Harlem Chamber Players Presented at the Harlem School of the Arts, Pt. I of II

This weekend one of the greatest composers in America, Adolphus Hailstork, Ph.D., on par with the masters and a living legend in his own right, will be celebrated in two historic milestones at one special place in Harlem: the release/launch of his majestic musical compositions in a commercial digital format – first time ever; and a special live debut performance of one of his works, Nobody Know, performed by the celebrated Harlem Chamber Players at the Harlem School of the Arts, 645 St. Nicholas Avenue, Manhattan, Saturday, December 10 at 4:00pm.
(Note to Our Time Press readers: The digital album, priced at $10.00, will be available for download at www.harlemchamberplayers.org/album. Tickets for the HSA December 10 performance highlighting the first piece on the new album are available at no charge. George Walker’s String Quartet No. 1 and Frederick Tillis’ Spiritual Fantasy No. 12 are also on the program. Registration is required due to limited seating at www.eventbrite.com/e/music-by-walker-hailstork-tillis-tickets-.)

Rochester-born and Albany-raised, Hailstork, 81, is a postmodern composer, pianist and conductor who has penned more than 250 works. He is known for his immense, unsurpassed music gifts, and for incorporating the soar and sweep of the African American historical experience — including the poignancy, pain, joy, and jubilation in many of his compositions, then making it relatable to all cultures, all peoples. If the soul could sing it would sound like Hailstork’s music: majestic. His music, itself, is an experience, griotic. The ancestral drum is the listener’s heartbeat.
Liz Player, producer of this great salute to Hailstork, who introduced Our Time Press to the music and world of Adolphus Hailstork, is Founding Executive and Artistic Director of The Harlem Chamber Players. The group is in its 15th year and focuses on music by African American composers, along with the European canon and music by women and composers of colors, to reach local communities, according to the press release.

“I would say Dr. Hailstork is on par with those we consider as the greatest American composers, and yes, his music should be studied and promoted in schools,” said Ms. Player, named “One of the Top Professionals of 2022,” by Musical America, adding that Hailstork has received more recognition “ever since George Floyd’s brutal murder brought global attention to the depths of anti-Black racism. Suddenly, even many of the classical institutions, which have been long resistant to fully addressing racial inequities, started actively seeking more music by Black composers.”
“Exposing us all to the wonderful repertoire out there by Black composers is contributing to this awakening happening among us all right now,” she said. “We are also beautiful and talented and deserving.”
Like Hailstork’s music.

“His music should be as much a part of the regular canon of American ‘music’ as Copland and Barber are,” says Player. The Chamber Players have both commissioned and premiered new works by the award-winning composer in recent years, including the first work on the album, Nobody Know. Written to commemorate 1619, the arrival of the first enslaved Black people in America, the piece received its world premiere as part of the 11th Annual Black History Month Celebration at the Schomburg Center for Research in Black Culture in February of 2019.
“It’s long overdue that this great composer gets recognized globally for his achievements.”
Player and the organization deserve credit, too, for their consistent championing of Hailstork’s work for nearly five years. They have commissioned and premiered his new works and now they have recorded three of Hailstork’s works for their album, which includes Nobody Know, Piano Quintet (“Detroit”) and Songs of the Magi. Under Player’s direction, the company has performed at Carnegie Hall, Aaron Davis Hall, The Apollo Theater and Merkin Concert Hall. Of note, The Harlem Chamber Players recently received accolades from critics and audiences alike for the rarely performed oratorio The Ordering of Moses by 19th century Black composer R. Nathaniel Detts. Produced by Liz Player, it played to a sold-out house as part of The Harlem Renaissance 100.

The Harlem Chamber Players, founded by Executive and Artistic Director Liz Player, is an ethnically diverse collective of professional musicians dedicated to bringing high-caliber, affordable and accessible live classical music to people in the Harlem community and beyond. In addition, The Harlem Chamber Players builds and diversifies audiences for classical music through community and educational outreach, as well as through collaborations with Harlem’s other arts organizations, schools and cultural institutions. The Harlem Chamber Players not only bring live chamber music to underserved neighborhoods in the Harlem community and beyond, they also create opportunities for classically trained musicians of color. They are pleased to be working with Grammy Award-winning baritone Kenneth Overton, who is on the roster of the Metropolitan Opera. Overton will be performing on Saturday at the Harlem School of the Arts.

“When I was first asked to premiere Nobody Know, I was thrilled because I had been a longtime fan of Hailstork,” Overton told Our Time Press. “He is one of few contemporary composers that writes so well for the voice, especially as it pertains to how its set with the text. He allows room for expression and nuance.

“Since our first meeting in 2019 I have gobbled up as much of his music to sing as I possibly can. It was wonderful to find out from him that he had listened to recordings of my singing when he was writing Nobody Know.”

Adolphus Hailstork has written numerous works for chorus, solo voice, piano, organ, various chamber ensembles, band, orchestra, and opera received his doctorate in composition from Michigan State University. He studied at the Manhattan School of Music, at the American Institute at Fontainebleau with Nadia Boulanger, and at Howard University with Mark Fax.
“I fell in love with Hailstork’s music since (the first time) I listened to it more than four years ago,” Liz Player told us.
More on Mr. Hailstork and Ms. Player in “Gifts”, Part II, next week, in the December 15 issue. Mr. Overton returns in an upcoming issue featuring the OTP special series on “Reflections”.
The digital album, priced at $10.00, will be available for download on Saturday, December 10 at: www.harlemchamberplayers.org/album.