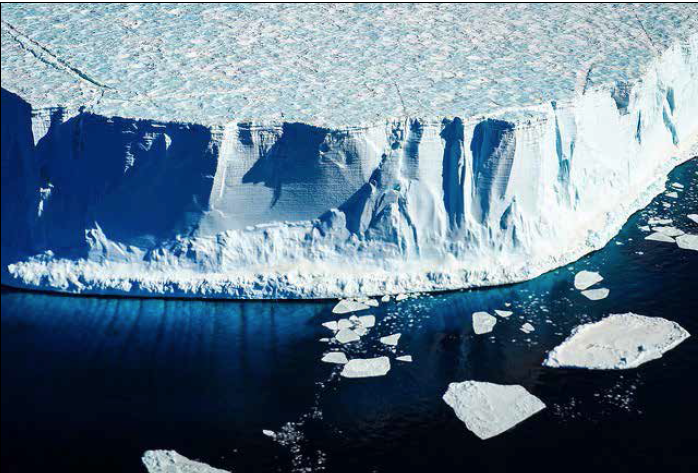 In the March 22 issue we reported that at the current rate, by 2050 the prediction is that the mass of plastic pollution in the ocean will equal the mass of fish. As horrifying as that thought is, the climate-change predictions in the following article tell of an overheated world of mass migrations, melting glaciers, fire, droughts, extreme weather, and agricultural disruption that makes our characterization of the planet we’re leaving future generations as an overheated garbage dump, is not hyperbole, but rather a sad truth. 32 years is no time at all. The young people now protesting against gun violence and their disdain for the adult population and political leaders who allow it to continue will only grow, and we will be guilty of the greatest sin of all time, the virtual destruction of the planet for human habitation. David Mark Greaves, Editor – Our Time Press

Two weeks ago, I gave a keynote presentation about anthropogenic climate disruption (ACD) at a large sustainability conference in Chico, California. During the question-and-answer session following my talk, a student asked me what I thought the world would look like by 2050. His question stopped me in my tracks. I had to pause and take a deep breath, to prepare myself emotionally for what I had to tell him.

Here is the gist of what I said: Based on years of research for my forthcoming book, The End of Ice, along with my work compiling these monthly climate disruption dispatches for four years now, I know that by 2050, we will be inhabiting a dramatically different planet. I believe we will already have tens — if not hundreds — of millions of climate refugees from sea-level rise and conflicts born of lack of food and water. What we currently call extreme weather events (massive floods, droughts, hurricanes) will have long since become the norm. In the US, growing food in the Midwest and the central valley of California will be extremely difficult, if not largely impossible, due to shifting weather patterns of rainfall and drought. Some swaths of the world, including the Gulf states in the Middle East and parts of the US Southwest, will be largely uninhabitable due to simply being too hot. Greenland and the Antarctic will both be experiencing dramatically advanced melting, and most of the glaciers in the contiguous 48 US states will have long since ceased to exist. And given that we are officially already amidst the Sixth Mass Extinction Event of the planet, which humans triggered, the biological annihilation that comes with this is happening apace.

Invisibles: The Plastic inside us