“Enough is Enough, It Has to Stop!”
Advertisement 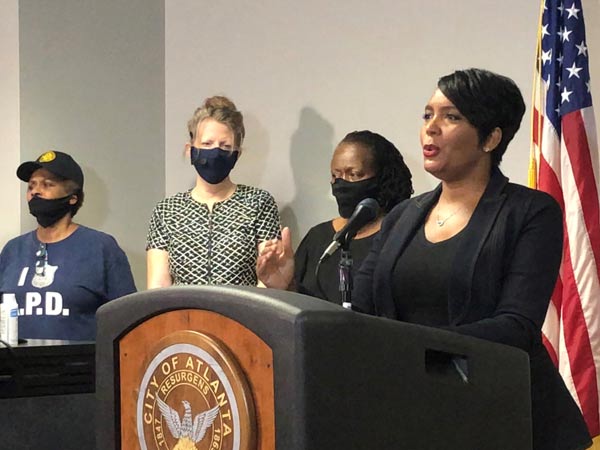 Here is the text of Bottoms’ statement at a news conference:
“We’ve talked a lot about what we are demanding from our officers in our communities. We protested, we’ve demonstrated, we’ve been angry, we’ve cried, we’ve demanded action.
“Well now we are demanding action for Secoriea Turner and for all of the other people who were shot in Atlanta last night and over the past few weeks because the reality is this. These aren’t police officers shooting people on the streets of Atlanta. These are members of the community shooting each other.

“And in this case it is the worst possible outcome. There were two other people who were actually shot and killed last night and several others.
“Enough is enough. Enough is enough.
“We have talked about this movement that’s happening across America in this moment in time where we have the ears and interests of people across this country and across this globe who are saying they want to see change. But the difference in this moment in time and the Civil Rights movement, the Civil Rights movement — it was a defined common enemy. So we’re fighting the enemy within when we are shooting each other up on our streets and the city.

“You shot and killed a baby. And it wasn’t one shooter. There were at least two shooters. An 8-year-old baby. And you want people to take us seriously. And you don’t want us to lose this movement, then we can’t lose each other in this.

“And there are peaceful demonstrators across this city and across this country, and I applaud them and I thank them for being peaceful and for honoring the lives of so many people who have been killed in America because of injustice. That’s an important movement that’s happening.
“But this random wild, wild West shoot-’em-up because you can, has gotta stop. It has to stop.”
(On Monday, Mayor Lance Bottoms learned she and family members tested positive for Covid 19. See Page 4)