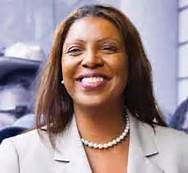 November 6 is the critical day that will change America’s fortunes. It is no secret that I want to see the Democratic majority rule in the federal government to restore some balance to an errant government that is out of control and on its decline. The 10/30 NY Daily News Editorial Board digressed from tradition with its editorial titled FOR A DEMOCRATIC HOUSE! The Country Needs a Check on Trump. Endorsement ends with, “The urgent need now is to rein in Trump.”

I am aligned with the NY Daily News endorsement.

The sentiment needs to be extended to the US Senate as well. Former President Obama has not been reticent about those US Senators whom he supports.   They are Tammy Baldwin (Wisconsin), Bill Nelson (Florida), Jacky Rosen (Nevada), Krysten Simena (Arizona) and Tima Smith (Minnesota). Mr. President, you forgot New Jersey Democrat Bob Menendez, his corruption scandals, notwithstanding.

He was not convicted.

Closer to home, everyone knows the key protagonists in the NYS races. There is Governor Andrew Cuomo running for reelection; Letitia James, NY Public Advocate who should be New York State’s first Black and first woman Attorney General. The NYS Assembly has a healthy Democratic advantage.   NYS Senate needs a working Democratic majority.   New Yorkers ousted most of the 8 Democratic renegade senators, aka the Independent Democratic Conference (IDC), who caucused with GOP senators and replaced them with candidates like Robert Jackson (Harlem and Upper Manhattan), former NYC Councilman; Attorney Zellnor Myrie of Brooklyn; and John Liu of Queens, former NYC Comptroller, whom are unquestionably loyal to the party. Voting a straight Democratic ticket is advisable.

CHARTER REVISION NOTES: New York City residents must read the meticulously researched VOTER’S GUIDE, which has all the info that you require for the 11/6 election and poll procedures.  It includes the NYC Charter Revision Ballot Proposals, which are on the reverse side of the ballot. It is imperative that you vote YES or NO for each proposal.

2) Civic Engagement Commission to centralize civic engagement initiatives, create a citywide participatory budgeting program, assist community boards–NO. Why? This creates a new bureaucratic office, controlled primarily by the mayor. “It gives an unelected commission control over staff or consultants who are assisting with the Land Use process (which is the community boards most important, sophisticated and sensitive work); would weaken the boards’ accountability and responsiveness to their members and the communities they represent.”

3) Impose term limits on community board members–NO. The community boards’ decisions are advisory and nonbinding. They can be effective nonelected community advocates and intermediaries who often interface with elected officials.

Four of the five borough presidents, save Brooklyn’s Eric Adams, are opposed to Proposal 2 and 3.   For more 11/6 election info, visit VOTING.NYC.

NYC RESIDENTS: VOTE FOR THE DEMOCRATIC CANDIDATES AND FOR THE CHARTER REVISION BALLOT PROPOSALS!

The Caribbean twin-island nation of Antigua and Barbuda celebrates its 37th Independence Anniversary from the United Kingdom on November 1, 2018.

Jair Bolsonaro, 63, a far Right, pro-gun, pro-torture and anti-Communist is Brazil’s new President-elect. An advocate of tough policing, his campaign promised to fight corruption and crime.   A former Army captain, he will appoint military buddies who served alongside him during Brazil’s 1964-85 right-wing dictatorship.  In his victory speech he said that he would defend democracy and would open the economy to foreign investors. The Brazilian dictatorship imprisoned dissenters or forced them into exile. He’s had nothing complimentary to say about Brazilian Blacks. Remember, Brazil has the second-largest Black population on the planet, second only to Nigeria. About 60% of Brazilian DNA is Black.   Bolsonaro sounds like one of his North American counterparts, the leader of the free world.

RIP: Gloria Horsford Torruella.  The Cove Lounge will host a bittersweet birthday party for Gloria on November 8, which would have been her 40th. It is also Cove’s pulsating Caribbean Thursday night. The party begins at 8 pm.   Cove is located at 325 Lenox Avenue. All Cove profits and customer donations that evening will support a college fund for Gloria’s three children.

RIP: Bob Phillips. Friends of Bob will host a “Celebration of Life” at Chez Lucienne, 308 Lenox Avenue, November 10 at 12 noon to 4 pm.