Donald Trump and the Russian election hack: Why is he resisting all the evidence?
Advertisement 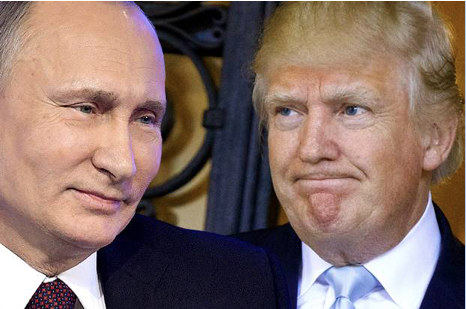 Maybe Trump is Putin’s tool, or is being blackmailed. But isn’t it more likely he’s just an insecure little creep?

If there is any aspect of the just-concluded election more bizarre than the allegations of Russian meddling on behalf of Donald Trump, it is Trump’s continuing resistance to the possibility that the assertions are true.

This is a man, after all, who has never been shy about sharing his beliefs in the most outlandish theories. He has spent the last year and a half throwing out charges without offering evidence, implying by turns that the United States government was intentionally allowing migrants to flood across our southern border, or that Democrats were colluding to steal the election through voter fraud, or that Justice Antonin Scalia might have been assassinated. He first gained notoriety with Republican voters by openly questioning whether President Obama was really born in Hawaii, sucking up all sorts of oxygen to keep attention on that baseless slur.

Nor is this habit of tossing around baseless accusations limited to Trump’s time in politics. In 1989, when five teenagers were accused of gang-raping and nearly killing a jogger, Trump took out a full-page newspaper ad declaring the youths guilty just two weeks after their arrest, long before a trial was even scheduled. This year, despite the fact the men were long ago exonerated, he was still casting doubt on their innocence.

Given all this and so many more examples, it is more than a little jarring to watch Trump turn more cautious than George McClellan, the hesitant general who nearly lost the Civil War, when the question of possible cyberattacks by Russian hackers comes up. Suddenly the president-elect is warning the public that “hacking is very hard to prove.” Suddenly he wants America’s multiple intelligence agencies, who have been seemingly united in their belief that Russia was responsible for hacking the Democratic National Committee and other targets, to be “sure” of their assessment “because it’s a pretty serious charge.” Suddenly his surrogates think it would be “unbelievably irresponsible” to plan a response to Russia, even though the current president has already been sufficiently convinced to take action.

Saved by The Bill! Gov.’s Tuition-Free Program Would Begin Rollout in the Fall