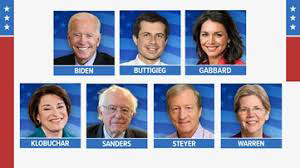 I don’t like the way this is going at all. The way the country is headed. The citizenry being played with disinformation and misinformation. The Russian government bringing its resources to bear, to continue their successful campaign to disrupt the country and keep their authoritarian quisling as President of the United States.

There is the uselessness of asking the Republicans in Congress to stop the Russian operation that is meant to keep them in power. Republican Mitch McConnell, Leader of the Senate, won’t even allow a vote on cyber-security measures passed by the House. On top of it sits an emotionally disturbed man who has placed his henchmen in control as the Director of National Intelligence, the Attorney General, the Supreme Court and he owns the Senate outright. To cross him is to be subject to his wrath.

Given all of this, we don’t know what the next election will bring. Will it be the orderly transfer of power that it has delivered since the nation’s beginning, or will the legitimacy be questioned, and the nation erupt in protests?
Senator Bernie Sanders is looking to receive the most delegates, but with a field of seven determined to continue, it is doubtful he will have a majority. The Democrats will have to coalesce around the one candidate they all want it to be. The problem is, candidates weighted down with messaging baggage are lumbering targets in an election driven by visceral reactions.

Mayor Michael Bloomberg’s warts are showing under the financial makeup, and Tom Steyer, made rich with his hedge fund, is another ego-driven billionaire trying to buy the office. Front-running Senator Bernie Sanders, has a Democratic Socialist label to keep explaining. He could keep responding with examples of corporate socialism and what welfare for the rich looks like. And with fellow Senator Elizabeth Warren, he has a healthcare plan that many folks just don’t trust. If the rest of the country looked like the New York MTA ridership, we would. And as for the very talented and very young Mayor Pete Buttigieg, who says a lot of the electorate are put off by Bernie’s Socialist label, his same-sex marriage, and there’s nothing wrong with that, is itself a lifestyle that makes many uncomfortable. And when elections are won by tens-of-thousands of votes out of millions, those put off can swing a state.

Watching the Democratic Presidential debate Tuesday, it was clear that the problem the Democrats have is that there is too much talent on the stage. The too-many-good-choices situation has led to confusion and depression, as it always does. It is understandable, the difficulty of it. It was combative and all candidates were at the top of their game. They all had moments. Steyer moved way up in my estimation and not just because of his positive stand on reparations. And even Bloomberg and Buttigieg were impressive. All of them easily clearing the low bar of the man Donald Trump is.

And watching the debate, the overtalking and the passion, the only person I saw with no target but with good ideas, was Senator Amy Klobuchar. Why she is at the bottom of the polls is beyond me. More and more, I’m feeling my dream ticket is Amy Klobuchar and Stacey Abrams. Senator Amy Klobuchar is a solid Midwesterner who will pose a new challenge for the Russians and President Trump. And with Stacey Abrams on the ticket, it will be a cathartic act, akin to electing the first Black President, for the nation to vote for an all-female ticket.

Failing that long, long shot, the second long shot is Bloomberg, coming in third on Super Tuesday, drops out and pledges his delegates and his money to Joe Biden. The Sanders and Warren people will be upset, but Biden says Stacey Abrams will be his Vice-Presidential pick. Game over.

The worst-case scenario is that Sanders wins the nomination, but his imagined wave of progressives fails to overcome the walls of the Socialist label, then game over again and all is lost.

However it goes, and any combination will do, Trump must be removed from office. If not, our constitutional democracy may well become a thing of the past. And we’ll live in a world of lifetime federal judges, from the Supreme Court on down and a Republican Senate and House, all deciding gerrymandering and voter suppression. It will usher in a dystopian era. It was previewed in this Bernie Sanders tweet, “Today, Trump granted clemency to tax cheats, Wall Street crooks, billionaires, and corrupt government officials. Meanwhile, thousands of poor working-class kids sit in jail for nonviolent drug convictions. This is what a broken and racist criminal justice system looks like.” And it’s a cancer that will spread.