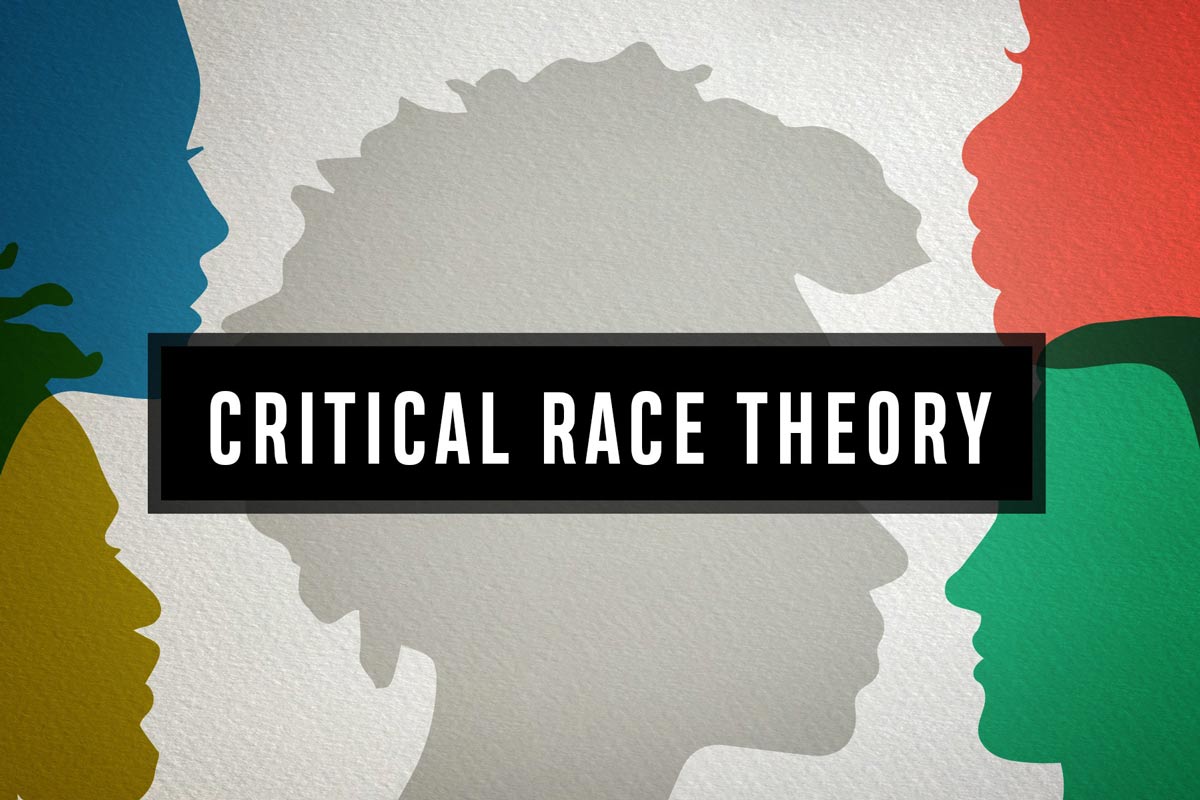 Critical Race Theory (CRT), attributed to and pioneered by former Harvard Law professor Derrick Bell and legal scholars Kimberlé Crenshaw and Richard Delgado, among others, has lived for almost 50 years within the hallowed halls of advanced academic institutions. That is, until it was invoked in the late summer of 2020 by an ultra-conservative activist. Today CRT has become a cultural flashpoint in the United States, with the debate over its merit roiling state legislatures and K-12 school board meetings.
How did this once-obscure, and still widely misunderstood, concept come to be a lightning rod in the current debate over race relations in America? In this edition of Elevate the Conversation, we examine CRT and invite you to weigh in on the conversation.

Origins
In the late 1970s, Black legal scholars at some of the country’s most prestigious law schools developed a theory to connect law, history and race in the United States. These scholars believed that the effects of racial bias could not be combatted merely by enacting anti-discrimination laws to guide individual behavior, but also required reforming social institutions shaped by endemic racism. Like the theory of Originalism (which argues that the U.S. Constitution should be interpreted by determining its original meaning), a view that was also emerging at this time in legal scholarship, advocated by conservative legal scholars, CRT asserted a different viewpoint on the U.S., its history of slavery and the effects of this past on our present.

Defined
CRT argues that racial bias does not just exist within the individual, but that it is embedded in the very fabric of society, in our laws, policies and institutions. At its core, CRT maintains that our institutions and society are a reflection of our most fundamental beliefs. Thus, historic racism in America, it claims, continues to influence U.S. institutions and hinder equitable access in American society.

CRT: The Flashpoint
Let’s return to the Summer of 2020. The world had ground to an unprecedented halt in response to a mysterious pandemic that had been raging for four months. Americans were anxious about the virus, and about our jobs, the economy, and our loved ones.Toilet paper and basics were hard to find in our grocery stores. People were stockpiling cash and supplies and preparing for the end of the world. Americans were buying guns in record numbers. The majority, but not all of us, were stuck at home. Our cars sat idle for months in driveways and garages. The physical world seemed to come to a standstill, while the world online revved up and gained steam. Into this virtual world dropped the video of George Floyd, igniting our restlessness, anxiety and fear. The flames pushed people of all races and socioeconomic levels out into the hot streets demanding justice and change, inciting a brutal police backlash. It felt dystopian. It felt surreal.

In a Moment of Extreme Societal Vulnerability
But in the chaos there was hope. In taking to the streets, a valve was released, letting loose a torrent of collective pent-up energy. Conversations began. Corporate and personal pledges were made. Black people, though skeptical, began sharing some of their stories and these stories did not fall on deaf ears. Anger at the police and the state of race relations arose, and the first seeds were sown for the backlash that would put CRT directly in the crosshairs. In June 2020, CRT hit the conservative news cycle. An almost 50-year-old academic legal theory was dusted off, completely, and erroneously, redefined and turned into a lightning rod — and an effective electoral weapon — first by the ultraconservative political media, then by its politicians.

Heart of the Matter: What’s Really at Issue?
The Micro View
Newly elected Governor of Virginia Glenn Youngkin’s gubernatorial campaign pledged to eradicate CRT in Virginia’s K-12 schools. No matter that CRT had never been taught in Virginia’s K-12 schools. Upon his election, Gov. Youngkin signed an executive order fulfilling this campaign promise to ban the teaching of CRT in Virginia’s school curriculum, effectively outlawing something that had never existed. Does banning something fictitious make it real? It is widely believed that Youngkin’s stunt will pave the way for Republican politicians countrywide to use his example as a blueprint for their own elections during this year’s midterm cycle. In fact, Republican state lawmakers opposed to CRT have introduced bills in a number of states to restrict how race, racism and American history can be taught in schools.
An example that’s being replicated across the country.

The Macro View
CRT is an advanced, legal, academic theory that is not taught in K-12. So why all the hubbub? As videos continue to surface of the many disruptions local school boards face over false allegations of CRT as a method of mind-control, as a threat to white emotions in public schools, what is really going on here? Why CRT? Why now? Who benefits from the chaos? And what is the real motive in creating it? How does the ultraconservative media’s deliberate and incendiary misrepresentation of CRT advance their agenda?

An American Story: Intersection of Race and Power
The American story is a story about freedom, opportunity, but it is also fundamentally a story about race and power. Millions of Americans are descended from ethnic, immigrant or other cultural groups that are discriminated against now or were at some point in our history by institutions and those in power. The heated and misrepresented stories about CRT obscure the reality that Blacks are n
ot the only group in American history that has experienced racism and the politicization and institutionalization of race, or felt its impact on their freedom, opportunities, social mobility, health, and mortality.

The Invisible Indigenous
Native Americans have also suffered removal and segregation —not to mention genocide. Today, the more than 5 million Indigenous Americans living in the U.S. continue to face significant discrimination and hardship. Native Americans are more likely to be killed by the police than members of any other race, and they have the lowest graduation rates and the highest rates of teen suicide. Despite such hardships, their stories remain largely absent from mainstream news, education and culture.

Italians in America
At various times, whiteness has been racialized in the U.S. to disempower the Irish, Italians, Jews and other immigrant groups and to disadvantage their members for generations. Italian immigrants, for example, were derided as “swarthy” and “kinky haired” and called derogatory names. They were considered lazy, ignorant and criminal and were targeted by law enforcement, consigned to registries and specific neighborhoods and lynched by mobs. They also had trouble getting loans or medical care and were limited to a handful of professions, such as the military or police.

The Internment of Japanese Americans
After the Japanese attack on Pearl Harbor in 1941, U.S. President Franklin Roosevelt’s administration began rounding up more than 100,000 people of Japanese descent on the West Coast — many of them American citizens — and imprisoning them in military internment camps, despite no evidence of a security threat. Even after the exclusion orders were rescinded and the camps closed the victims reentered a society that continued to exclude them from full participation and many found their property had been seized while they were imprisoned. The trauma of incarceration not only had long-term psychological effects but also lingering social impacts, including lower levels of political engagement and reduced faith in government.

The Cost of Erasure
Erasing the relationship between race and power from American story means that the struggles, losses, strengths, battles, and triumphs that Jewish, Italian, Black, Latinx, Asian, indigenous and other people have lived, and the tensions and battles that shape who we have been to each other, can never be told. The ultraconservative message is that Americans must strip away the gritty realities of their truth because some truths may make some White children and adults feel bad.

More to Consider Who are We Protecting?
Kimberlé Crenshaw, one of the co-founders of CRT questioned, “Are their [white] feelings talking about race more important than the experiences of black people living it?” In other words, what are we willing to sacrifice in order to spare white children from feeling guilty about either their or their ancestors’ actions? What do we gain by bypassing an honest and critical examination of our history? Or could an unflinching examination of the good as well as the challenging aspects of American history help ensure that we do not repeat them? In this debate, who (or whose narrative) are we protecting?

Preserving American Ideals?
America is a melting pot of peoples and cultures. We take pride in freedom of expression and the critical debate of important ideals. By using protection from CRT as a ruse to support banning culture-defining, award-winning works of literature of established American authors like Toni Morrison, Octavia Butler, and books like the Autobiography of Ruby Bridges are we depriving Americans of the richness of our extraordinary story? Are we preventing our youth from building their critical-thinking muscles? Are we conceding that the image of the rugged American is a farce and that at least some Americans are too weak, too fragile to face the realities of who we have been?

What are Conservatives Losing?
As the demographics of America continue to shift brown (by 2045, the U.S. is projected to become a “minority white” nation), there is a fear that existing power dynamics will shift with them. Is it possible to imagine that a more expansive understanding of history might actually unite us rather than tear us apart?

Is It Possible to Have a Colorblind Society?
If so, what would it look like? Can we look abroad at places like Brazil, a country originally designed to be a racial democracy? But have they, or any other nation, succeeded in disconnecting race from issues of structural power?