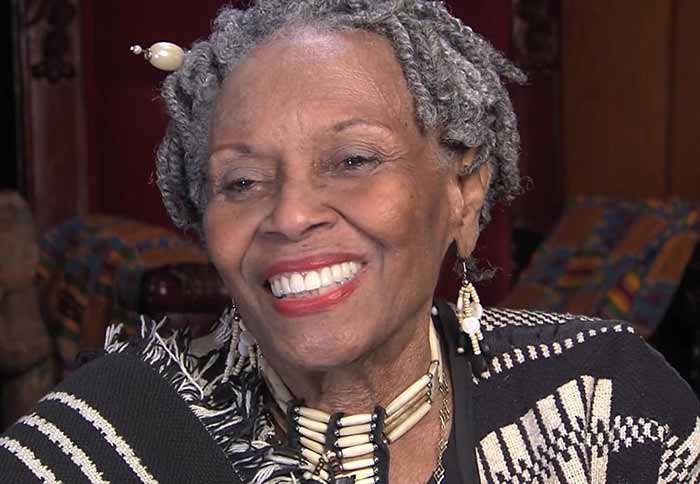 By Maitefa Angaza
The Board of Education for People of African Ancestry held a Zoom public forum near the start of Black History Month to feature Black veteran educators and activists offering insightful and solution-based presentations in dialogue with the community. The event was free and open to the public and well-attended. The hard truths shared were affecting, but the passion and vision displayed was galvanizing. The forum was hosted by Dr. James McIntosh, co-chair and co-founder of CEMOTAP (Committee to Eliminate Media Offensive to African People). This report shares remarks made by three of the distinguished presenters: Dr. Lester Young, Jr.; Prof. Basir Mchawi and President General of UNIA, Michael Duncan.

All Are Schooled by the Regents Chancellor
Dr. Adelaide Sanford, the revered 96-year-old Vice Chancellor Emerita of the NY State Board of Regents introduced Dr. Lester W. Young, Jr. He is the first African American to serve as Chancellor of the New York State Board of Regents and among his many achievements is the founding of the successful Benjamin Banneker Academy HS and Bedford Academy HS. His remarks made clear the challenges and imperatives confronting parents and other community members concerned with the welfare of students.

Early in his remarks Dr. Young referenced the idea that the best way to teach students is to focus first on social/emotional issues. But he prefers the wisdom shared 50 years ago by legendary child psychiatrist and educator Dr. James Comer who saw an inextricable connection between all the developmental pathways of childhood. He believed that social, emotional, cognitive, linguistic, moral and ethical development were all critical to a child’s self-knowledge and self-esteem.

“I believe we have to start from the premise that all of our children are brilliant,” said Dr. Young. “It’s just that they demonstrate their brilliance in different ways. And that’s what educators are supposed to be doing. How do you bring that out of our youth?… What’s important is that our young people are exposed to opportunities that will allow them to demonstrate their excellence.”

Under Dr. Young’s leadership President Obama’s My Brother’s Keeper initiative was established in New York, the first of the 50 states to do so, and the only one with the program enacted in state law with a budget of $18 million. He opened the program with a series of forums in which young males high-school students sat on panels to discuss their experiences with education.
“In every panel that we conducted,” Dr. Young said, “it was amazing to hear these young men, many seniors in high school, say they had never had a teacher who looked like them. It is hugely important that we have people working with our young people who know what it’s like to be them.”
Dr. Young spoke of the Teacher Opportunity Program with scholarships to nine public and private colleges and universities in New York City, and closed his remarks with an astonishing statistic.

“Right now,” said Dr. Young, “we have 733 school districts in New York State; 732 of them are run by school boards in which there is a democratic process for the people to influence the school policy. There’s only one district in New York where that’s not possible—New York City.” *For information see https://www.nycmayoralcontrolnot.org.)

Dr. Young feels that whether or not mayoral control continues, a system must be put in place to have parents influence decisions made. Right now, he said, parents of students of African descent are the last ones to know when a new school opens in their community or when new principals or superintendents are hired.

“I believe we have to start from the premise that all of our children are brilliant.”Dr. Lester W. Young

“There’s a perfect opportunity for community-designed schools to move into the charter arena,” said Dr. Young. I actually think that many of the challenges we face, don’t require a new pedagogy. We know how to educate our children. I just think that more people don’t know because they haven’t been exposed to that scholarship. That has to change.”

A History Lesson on Black Education in NYC
Professor Basir Mchawi, creator and host of the radio program “Education at the Crossroads” followed Dr. Young, with another enriching and thought-provoking presentation. He displayed historic documents and images to help provide a sense of the heart and vision, efficiency and organization of the movement that created independent Black schools across the nation. Prof. Mchawi also narrowed the focus a bit to talk about the schools that were born in Brooklyn soil, including Uhuru Sasa Shule, Shule Ya Mapinduzi, Weusi Shule, Robert Conner Memorial Family School and Al-Karim Family School (Cush Campus).

“We have to provide our children with three basic things: Identity, Purpose and Direction. Identity—our children have to know who they are, Purpose—they have to know why they are here and Direction—they need to have some kind of idea of what it is they need to do.”
“Back in the 1980s I was part of The Mapinduzi Organization,” said Mchawi. “We also had an independent school called Shule Ya Mapinduzi (School for Revolution). One of the things we did, is we created a political manifesto. We believed if you had an independent school you had to have a political organization that would be there to support it, direct it and guide it.”

Mapinduzi’s manifesto analyzed, among other things, the unspoken class contradictions within the community, concluding that a neocolonial elite had been created. Mchawi believes a focus on maintaining power, influence and acolytes exists with too many of those in position to advocate for change at a time of crisis for our children. He shared, as evidence of this crisis, a June 2021 New York Times article reporting that New York City and New York State are now home to the nation’s most segregated school systems.

“One of the metrics I use in measuring how well or how badly the system serves our children, is what has happened regarding specialized high schools. In the year 2020 about 11% of the population of the specialized high schools was Black In 2021 that number declined to 9%.”
SAT scores are another telling metric, Mchawi says, with Black students’ scores far lower than the scores of white and Asian students. This is clearly problematic, as Black NYC students are averaging 449 out of 800 points in math and 461 points out of 800 in evidence-based reading and writing, he said. After presenting the history of the Brown vs Board of Education case, he remarked, “When my mother went to school, the schools were more integrated than they are now,” said Mchawi. “And once again, integration becomes important because the resources follow white students.”

He went on to discuss the 1968 movement for Community Control of Schools, when parents were very vocal and there were both student and teacher strikes. Parents began to leave the school system and Black independent schools in NYC began to take hold in 1969. Uhuru Sasa Shule, was at one point the largest independent Black school in the nation and it created an organization called New York Family Schools along with other Brooklyn freedom schools Shule Ya Mapinduzi, Weusi Shule, Robert Conner Memorial Family School and Al-Karim Family School (Cush Campus).

“There was great success,” said Mchawi. “This became a national movement and the national Council of Independent Black Institutions (C.I.B.I.) was formed.”
The year 1972 was what Mchawi calls “The Great Sellout,” decentralization of schools creating 32 districts in which people would have to run for office to participate in school governance. The new system soon led to widespread corruption and in 2002, the legislature gave control of the schools to the mayor. Twenty year later he says, the schools are failing and valuable veteran teaching professionals retired early citing ongoing harassment by the non-educator corporate managers Bloomberg hired to run things.

This Man Remembers Old Marcus Garvey
President General Michael R. Duncan of the Universal Negro Improvement Association spoke of the current work being done here and in Africa by the historic organization founded in 1914 by the Hon. Marcus Mosiah Garvey. Chief among the U.N.I.A.’s concerns is the failure of public education for Black students with urgent examples close by in Southeast Queens where in one area only six percent of students are passing math and eight passing English.

Duncan’s quoted another iconic Black leader: “Malcolm said it best: ‘Education is the passport for the future. Those who control it today will control tomorrow.’ It is said that you can judge a community by what it does for its children,” said Duncan. “So we are being judged right now. What are we doing for our children… Let’ commit to our children. Let’s start spending our money in our institutions. We at the U.N.I.A. have the Student Improvement Association. We’re in the process of planning. We’re in the process of financing our own school system, but what we need each and every segment. Each and every one to make that difference.”