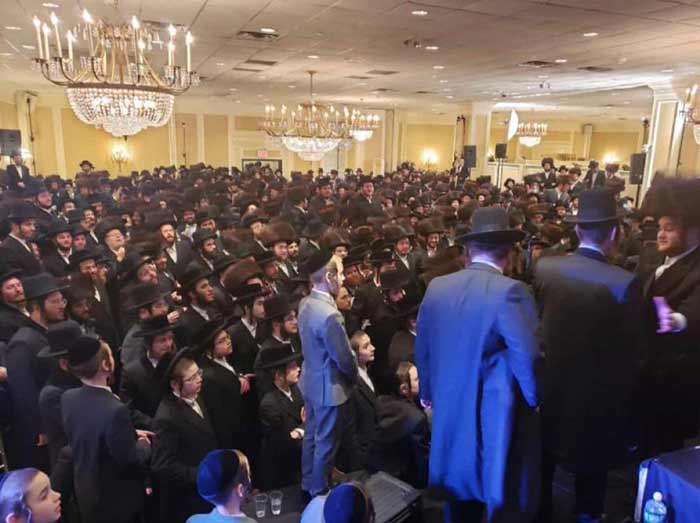 Despite a ban on gatherings of nearly any size and calls for social distancing, Hasidic schools continued to operate Tuesday and weddings proceeded as usual.
A Brownstoner reader who lives in West Midwood said as he was driving to the airport he saw drop-offs and school buses delivering children as usual to a school on Avenue I between 14th and 15th streets. Likely it was Yeshiva Rabbi Chaim Berlin Elementary Division at 1310 Avenue I.
The Fire Department has been called in to halt large weddings in south Williamsburg, The New York Times reported Tuesday. Firefighters broke up a wedding with more than 200 guests at wedding venue Ateres Avrohom in south Williamsburg Tuesday.
Confirmed coronavirus cases are spiking in Hasidic communities in Brooklyn, Gothamist reported late last night. A clinic in Borough Park has so far confirmed 100 cases out of 500 since Friday night — some of whose results are still pending, according to the Jewish Forward.
A source in the community tells Brownstoner the schools are going to close Thursday — in part because of increasingly urgent calls for closure.