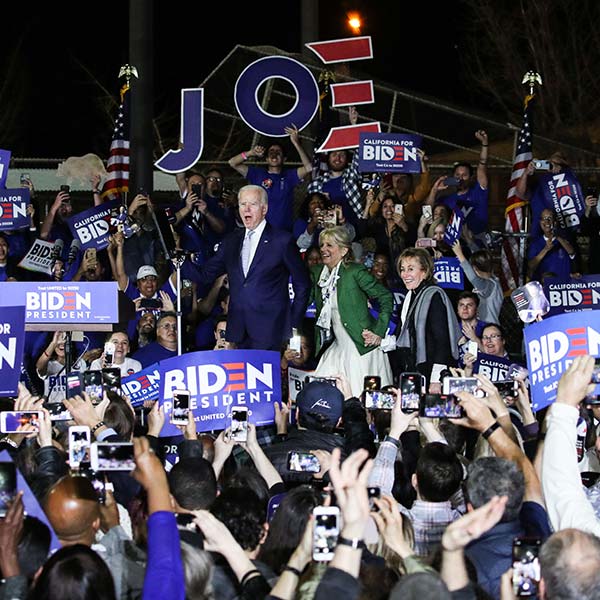 We can see why the Republicans concentrate so much on repressing the African-American vote. We are the point of the spear for the consciousness of the nation. We proved it by showing the path forward is with former Vice President Joe Biden.

We understand the appeal of Senator Bernie Sanders. He has been consistent over the decades, calling for “Power to the People” before it was a song. He would make it his mission to ensure every child was educated, everyone had health care, the rich pay their fair share and everyone was able to expand their horizons. And I agree that all of it can be done.

The problem with Bernie is the downside risk. Because all of America is not Central Brooklyn – he might receive twice as many popular votes as Hillary Clinton did in 2016 and still lose in the Electoral College. Or, he might win. After all, many in the nation would vote for Sanders because they don’t like Trump’s manner, but are okay with his policies. That is why they will split their vote between Sanders and a Republican representative to prevent Sanders from making his words real. Giving him a Republican-controlled Senate, House and Federal Judiciary, including the Supreme Court to deal with. And the Republicans give no quarter.

As President, Bernie Sanders would be reduced to a figurehead, while the inevitable increase of voter suppression and gerrymandering would lead to White Supremacy and White Nationalism becoming the law of the land. Sanders would have to watch as his voting masses are punished, and the country is taken back to a dark and mean time when White Supremacy reigned supreme.
That might be an extreme scenario, although unfortunately, it does not seem so, but why risk it? Joe Biden is a far safer bet. He’s a reasonable, decent, well-known guy. And if he likes to stay in the middle of the road, that’s okay because it’s only a one-way road to the future and the middle is the safest place to ride.

And when Sanders rails against some of Biden’s past votes on the Iraq War or Social Security, he’s actually encouraging moderate Republicans to vote for him. I think the more Sanders talks up Biden’s conservative side, the better he does in the Republican community. They see he’s not what they would call “crazy,” and they will remember that climate change is not a hoax, that they want healthcare, and they’ll vote for the President and Congress that will deliver on both.

As for the majority of Democrats, they just want to get Donald Trump out of office. The other issues and policy differences truly don’t matter. First, we win. Then we haggle.

Coronavirus and Hand Awareness
The best defense against any virus, including the novel coronavirus COVID-19, is to wash your hands every chance you get. Not to go, “that damned spot,” but do be aware of everything touched and gently assume everyone’s a carrier. This morning at the bodega, I touched the door, the coffee urn tap, the milk carton, adjoining cup sleeves and tops, a dollar bill, the door out and then my office front door handle and bathroom door. Quick, the soap and water! Disinfectant spray and wipes on mouse and keyboard.

Related Topics:Joe Biden
Up Next

Jeffries: As Trump Admin. Attempts to Dismantle ACA and Underfund Medicare and Medicaid, Dems Fight to “Protect Health of All the People.”