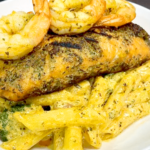 Lauren Edmonds,
Business Insider, India
Allyson Felix said her daughter gave her courage to keep racing despite critics who suggested motherhood would stop her from running at an elite level.
Felix and the US women’s 4×400-meter relay team won gold over Poland by more than three and a half seconds on Saturday at the Tokyo Olympics, as the Associated Press reported. The victory awarded the 35-year-old her 11th Olympic medal — making her the most decorated US track and field athlete in history.
The AP reported that Felix surpassed legendary American track star Carl Lewis, who gained 10 Olympic medals, and sits only behind Finland’s Paavo Nurmi with 12 medals.
While speaking to reporters after her relay win, Felix said she overcame obstacles to return to the Olympic stage, including critics who suggested motherhood would dampen her elite-level performance.

“I had to go through challenges in the fight,” Felix said, as People reported. I’m absolutely where I’m supposed to be. You know, sometimes I think you just have to fight through and I think it’s unfortunate. It’s not just me. And I think that that’s the biggest thing.”

Felix told reporters that her daughter was one of the reasons she pushed herself.
“There have been so many women before me who had to stay silent about their fight,” Felix continued. “And so for me to be able to step out and I think my daughter gave me the courage to do that. But I think that was really the thing, that this has been going on for far too long. And I hope that we’re really changing things.”
Felix is a vocal advocate of maternity protection for athletes who are parents. She gave birth to her 2-year-old daughter, Camryn, in November 2018 after undergoing an emergency c-section at 32 weeks due to severe preeclampsia.
Felix split ties with her longtime sponsor Nike in 2019, claiming the company offered her a salary that was 70 percent lower than her previous paycheck and did not explicitly support the maternity protections she requested in her contract.
She later said Nike was “beyond disrespectful” to ask her to appear in female-empowerment ads while privately disputing maternity protections.
In March 2020, Felix said she was afraid she wouldn’t be at her “top level” after pregnancy — but she broke Olympic medalist Usain Bolt’s gold medal record just 10 months after giving birth.
“I feel at peace,” Felix told reporters after her 4×400 relay race in Tokyo, the AP reported. “I went out, had all the confidence in these amazing women. I wanted to take it all in one last time around, and it was special.”

Exclusive to TIME
Felix Introduces Saysh
In an exclusive article at time.com, writer Sean Gregory announced Allyson Felix’s new apparel company, Saysh.
“Saysh marks the latest chapter of Felix’s stunning transformation from a relatively quiet star athlete, hesitant to break corporate expectations to “stick to sports,” to agent of change. After experiencing pregnancy complications in late 2018 that threatened the lives of both Felix, 35, and her now 2-and-a-half year old daughter, Camryn, Felix left Nike in 2019 over a dispute about maternity protections for future Nike-sponsored mothers. The company soon altered its policies to provide additional benefits, and Felix emerged as an advocate for working mothers in sports. She has since raised awareness about health care inequities facing Black mothers, who are three to four times more likely to die during delivery than white mothers.

“After detailing her dispute with Nike in a New York Times op-ed and departing the company, Felix signed an apparel deal with Athleta, becoming the first athlete spokesperson for the female-focused brand. That partnership felt like a statement, and it opened a path for Simone Biles, who joined up with Athleta in April, to make a similar move. (Felix will remain with Athleta, which will offer the Saysh One shoes on its website starting in August.) With Saysh, however, Felix is taking full agency over her legacy. After leaving behind a sports industrial complex that, from her perspective, treated women and mothers unfairly, Felix is creating her own ecosystem: a company and product built by women—the engineer and designer of the Saysh One are both female former Nike employees—for women.