Brooklyn’s in the House
Advertisement 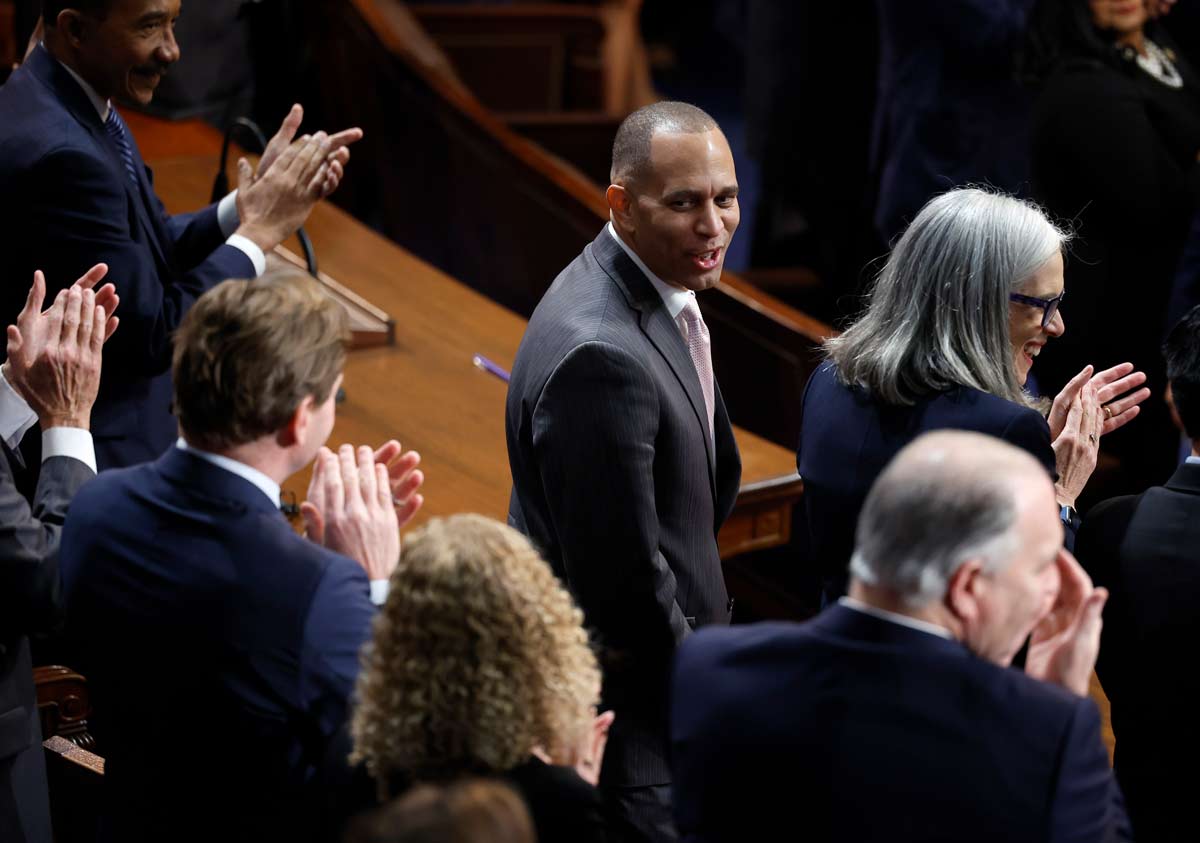 WASHINGTON, DC - JANUARY 04: U.S. House Democratic Leader Hakeem Jeffries (D-NY) (C) is acknowledged in the House Chamber during the second day of elections for Speaker of the House at the U.S. Capitol Building on January 04, 2023 in Washington, DC. The House of Representatives is meeting to vote for the next Speaker after House Republican Leader Kevin McCarthy (R-CA) failed to earn more than 218 votes on three separate Tuesday ballots, the first time in 100 years that the Speaker was not elected on the first ballot. See pg.3 (Photo by Chip Somodevilla/Getty Images)

The real winner of this House speaker fight is Hakeem Jeffries

Editor’s note: The following article is an op-ed, and the views expressed are the author’s own. Read more opinions on theGrio.
There’s only one person who is going to come out of this dumpster fire of a fight for House speaker all sparkly and pristine, and that is Democratic leader Hakeem Jeffries.
Not only have Democrats been unified on every single vote thus far, but Jeffries is already demonstrating firm control of, and a strong connection to, the House Democratic Caucus. He and Democratic leadership are tapped into the pulse and mood in the room as some Democrats transitioned from chilling and eating popcorn to feeling restless and anxious to put an end to the chaos coming from the Republican conference after three failed rounds of voting. After CBS correspondent Robert Costa reported grumblings from a handful of “older” House Democrats, he “promptly heard from [Democratic] leadership that they knew… and they said they knew who I was likely hearing from. They then assured me those grumbles would stay grumbles and Dems would stay in line.” Jeffries and the new, clearly proactive Democratic leadership team said that they knew who said what to whom and when, and they quietly nipped it in the bud, as my grandma would say.
Additionally, yesterday we also saw Republicans like Rep. Matt Gaetz, who is under investigation for child sex trafficking, and Rep. Paul Gosar, who was removed from committees by Democrats for posting a video depicting violence against President Biden and Rep. Alexandria Ocasio-Cortez, approach Rep. Ocasio-Cortez to similarly inquire about whether or not some Democrats would eventually vote “present” to lower the vote threshold, and according to reports, AOC fact-checked them both saying, “absolutely not.” Honestly, I’m surprised she even engaged with these arbiters of hate and violence against her, but as she said on MSNBC Tuesday evening, “in chaos, anything is possible.” She continued, “I think what was important today was to send the message that we were united behind Hakeem Jeffries as the now-minority leader …”

Point blank, Democrats are united behind Jeffries, and that’s after a seamless leadership transition, which occurred exclusively behind closed doors and with new Democrats joining the fold.
What’s even more clear is that Democratic leader Jeffries has no intention of saving Republicans from themselves in this scenario. During a press conference Tuesday evening, a reporter asked if Democrats would be open to voting for a “consensus candidate that is a Republican” for speaker of the House, and Jeffries didn’t hesitate to shut that notion down by saying, “We’re looking for a willing partner to solve problems for the American people, not save Republicans from their dysfunction.”

What Rep. Jeffries said next was full of finesse as he further defined Republicans’ dysfunction and made the contrast between Democrats and Republicans plain as day by essentially saying, we are not the same. Jeffries added, “We need a partner in governance to build upon the incredible progress that we made for the American people over the last two years, by the way with a similar majority.” And he made that statement with a hint of a smirk, as he then proceeded to numerate Democrats’ wins with the American Rescue Plan, COVID provisions, infrastructure investments, job creation, historic gun safety legislation, climate investments and more.

Watching that press conference, seeing the way Jeffries and Democratic leadership moved to quickly address concerns within the caucus throughout the grueling speaker votes, watching every single Democrat who has been on air this week stay on message, you can’t help but have confidence in his leadership and what will come next. And if Democrats keep this up, they will be set up for success going into 2024.

Juanita Tolliver is the host of Crooked Media’s “What A Day” Podcast, and an MSNBC political analyst.