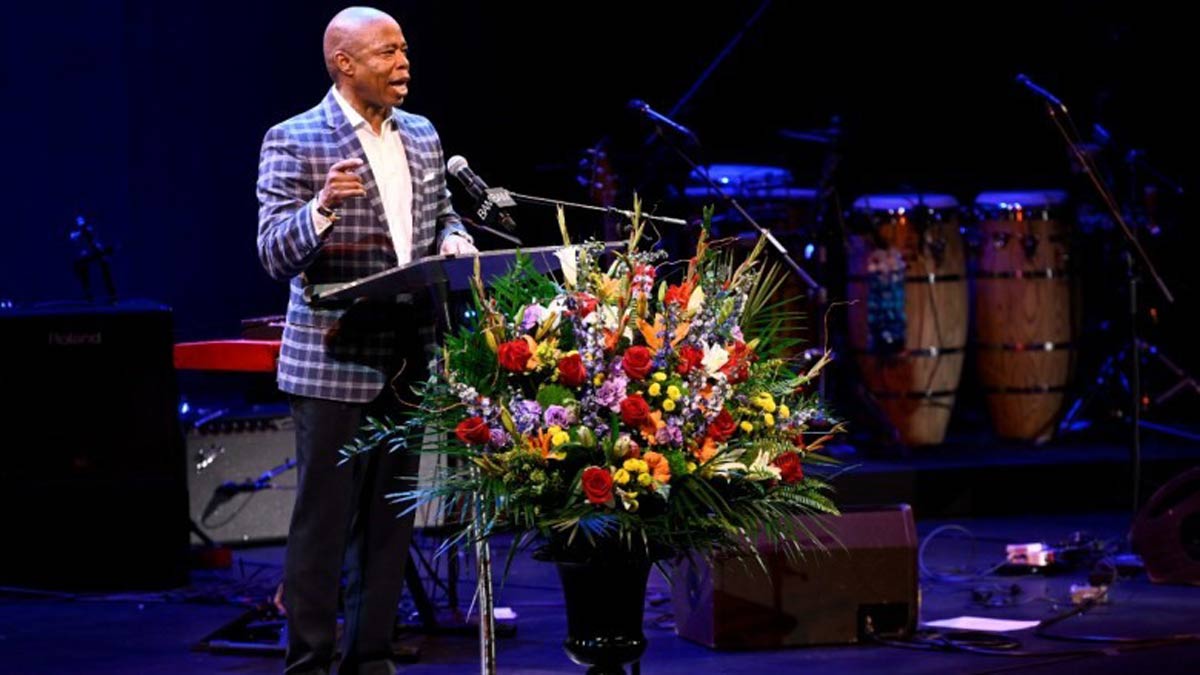 The largest public celebration of Dr. Martin Luther King Jr. and his life and work took place at the Brooklyn Academy of Music’s (BAM) 37th Annual Tribute on Monday, January 16, in the Howard Gilman Opera House.

Speakers at the morning event hosted by Borough President Anthony Reynoso city, state, and national leaders: House Minority Leader Hakeem Jeffries and Senate Majority Leader Charles Schumer, both of whom are from Brooklyn; Mayor Eric Adams, Governor Kathy Hochul, BAM president Gina Duncan, District Attorney Eric Gonzalez, Councilmember Crystal Hudson and more.
Keynote speaker Sherrilyn Ifill, legal scholar and former President of the NAACP, spoke to his dream and moved beyond the words to their purpose: “He spoke about power,” she said, “the power of non-violence, about moral power that surfaces the tension in our country.”

She told the audience that most people associate Dr. King with his “I Have a Dream” speech delivered at the March on Washington in 1863, “but there were four other words he said” that give meaning to the struggle. Those four other words, she noted, about the human rights struggle that were captured in a speech by King at the Lincoln Memorial at a march six years earlier in 1957. “‘Give us the ballot! Give us the ballot!” Ifill quoted King as saying.

She urged the audience to do homework, do community work; study King’s words, and join associations, boards, and clubs to have a hand and a voice in what is going on.
“We’re gonna fight for social justice,” Jeffries said in a speech about using political power to change Dr. King’s name.

Mayor Eric Adams also delivered remarks related to power. “We have four people of color running the largest cities in America,” he said, referring to himself and the mayors of Los Angeles, Chicago, and Houston.
City Councilmember Crystal Hudson delivered a speech that brought Dr. King’s message to the concerns of the present. See page 8.

(Notes: King would’ve been 94 this year. Twenty years after his assassination on April 4, 1968, the first MLK Day was observed. Jan. 15 is the Civil Rights leader’s birthday. It has been celebrated annually on the third Monday in January since 1988 when the observance was declared. In 1994, the federal holiday became a National Day of Service, where everyone was encouraged to pay tribute to Dr. King’s work by using their power to volunteer.