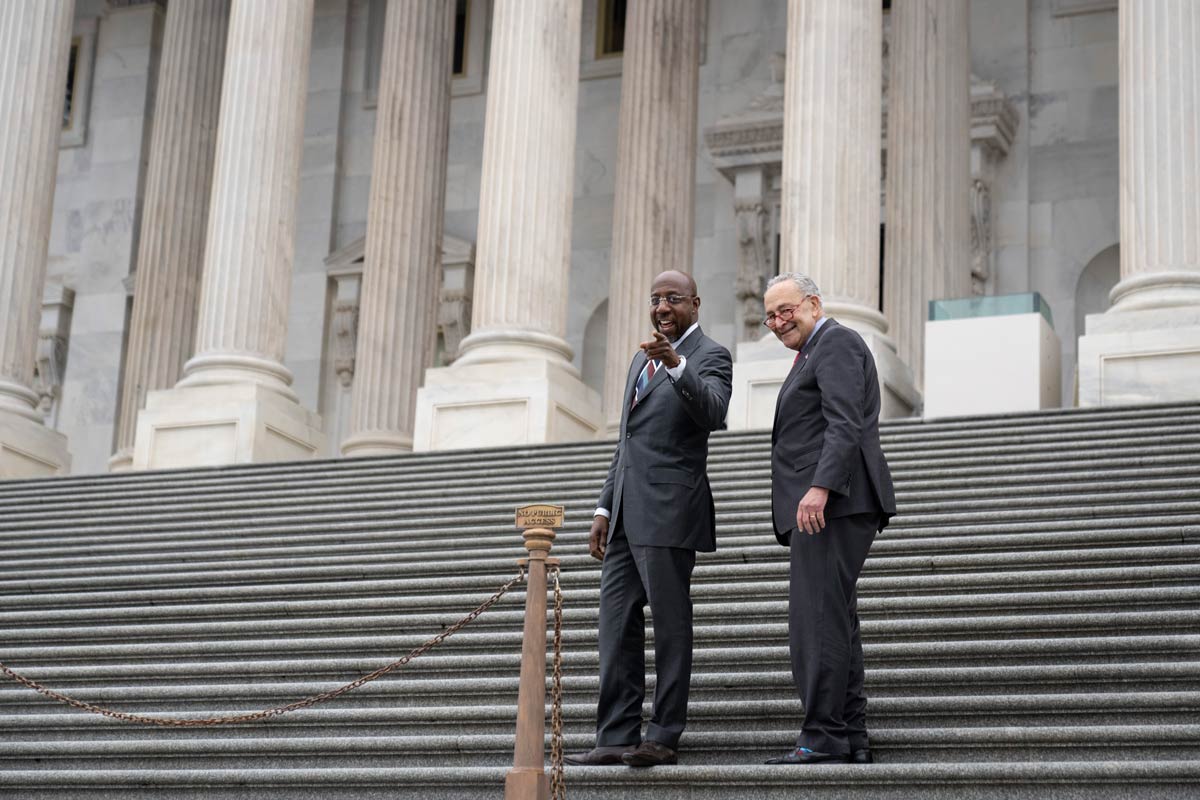 Sen. Raphael G. Warnock’s win in the Georgia runoff turned Georgia from a red to purple state with two Democrat senators. His victory over former football star and Trump friend Herschel Walker capped midterm elections in which Democrat majority in the Senate increased to 51 members. Our Time Press reached out to local political and community leaders for their insights on this historic victory.

“I am overjoyed to celebrate the historic election victory of Raphael Warnock, today! This momentous win is a testament to the hard work and dedication of the Warnock campaign, as well as the unwavering support of the people of Georgia who have whole-heartedly embraced pushing their state and our nation forward towards progress. I extend my sincere congratulations to Senator Warnock on his re-election and look forward to continuing our work to address the challenges facing America and to create a brighter future for all its communities.”
Congresswoman Yvette Clarke

“The Brooklyn Democratic Party and I congratulate Senator Warnock on his well-deserved win that will immensely benefit the people of Georgia and all Americans.
Through decades of steadfast leadership in Georgia on voting rights, health care, gun and criminal justice reform, Rev. Warnock has fought tirelessly for the security, dignity and economic equality of all people. Senator Warnock’s win also gives Senate Democrats a 51-seat majority next year, allowing legislation to be passed easier, and has prevented a MAGA Republican with dangerous beliefs from holding office. We are confident that Senator Warnock will continue to skillfully advocate for his constituents and his country while upholding progressive Democratic values as a U.S. Senator. This is a historic moment to celebrate.”
Rodneyse Bichotte Hermelyn
Brooklyn Assemblymember and Brooklyn Democratic Party Chair

“I cannot underscore the importance of the people of Georgia prevailing in the election of Raphael Warnock. Having a Democratic majority in the Senate alters the composition of committees, eases the appointment of judges and allows the Vice-President to address other priority issues rather than serving as the deciding vote on legislation. Congratulations to Senator Warnock and all who are still fighting for a more equal and just America.”
Arva Rice
President & CEO, New York Urban League, Inc.

“Senator Raphael Warnock’s historic win makes him Georgia’s first Black full-term senator, demonstrating the importance of investing in on-the-ground organizers to educate, mobilize communities and boost voter turnout. This win was the work of dynamic Black leaders like Fair Fight founder Stacey Abrams and Latosha Brown of Black Voters Matter, who spent years registering and educating voters and in order to build the necessary organizing infrastructure. Senator Warnock’s victory comes on the heels of Brooklyn’s own Rep. Hakeem Jeffries’s historic election as the nation’s first House Democratic leader and Rep. Yvette Clarke’s appointment as First Vice Chair of the Congressional Black Caucus. Black leadership is vital to the nation’s present and future success, and we need our elected officials to prioritize our community’s pressing needs. It’s time to increase our civic engagement at every level and make government work better for us.”
Lurie Daniel Favors, Esq
Executive Director, Center for Law and Social Justice at Medgar Evers College

“Obviously, we will get a greater majority in the Senate, which we will need as we have more judges to confirm and issues to address inside the second term.
I think the other significance is not necessarily about what we will be able to get done in Congress, but it also gives us a roadmap of how we can continue to organize and expand participation. A lot of people were surprised that it had to go to a runoff to begin with. And, that even in the runoff election on Tuesday so many people voted for Herschel Walker. But it just goes to show that we have a roadmap that can be used across the country to further expand and engage people to turn out and participate in the process.”
L. Joy Williams
President, Brooklyn NAACP

Substantively and symbolically, I think Rev Warnock’s election is another milestone in our march to freedom. I think in terms of Hakeem Jefferies being voted as the minority leader of the Democratic Party. These are significant milestones that pave the way. Because we cannot forget Stacey Abrams and Fannie Lou Hamer and all those who worked hard and gave their lives to bring us to this point. By no means do I want my words to be interpreted as we have arrived. No, we have a long way to go. But we’ve come a long way.”
Reverend Herbert Daughtry
National Presiding Minister Emeritus of The House of the Lord Churches