What Do We Do With Our Lost?
Advertisement 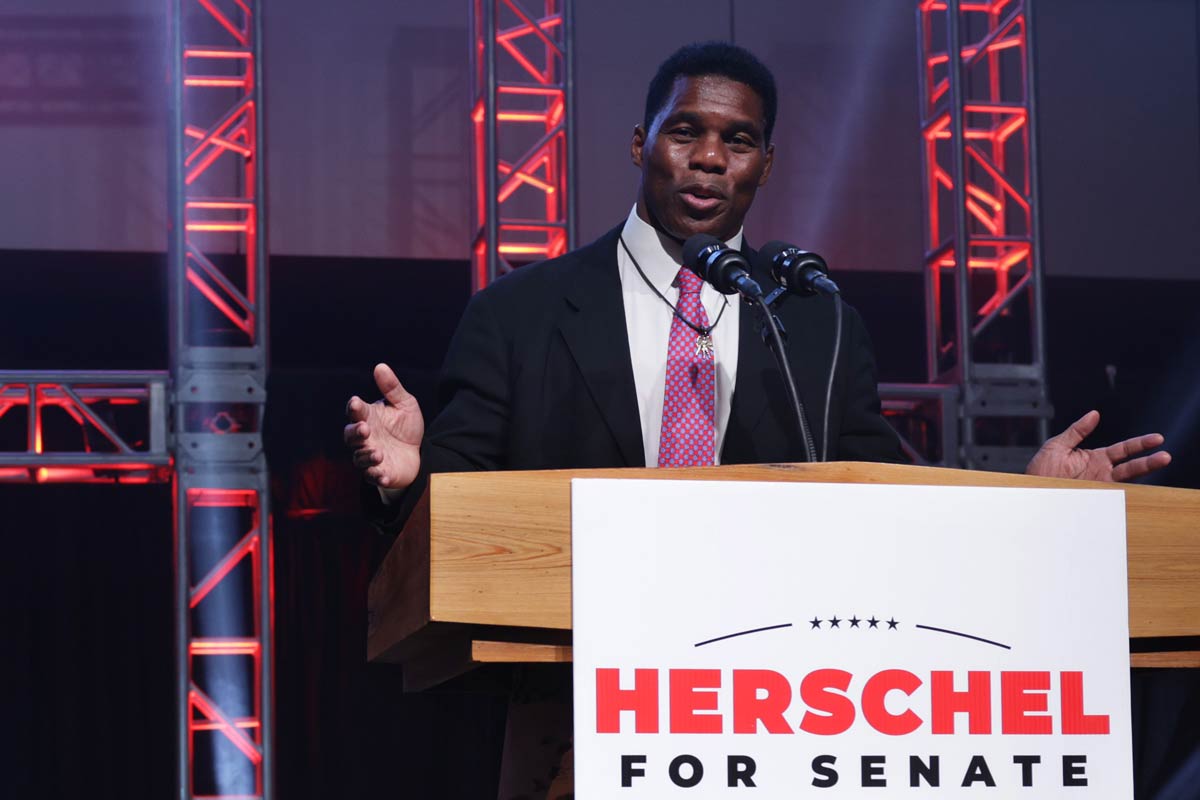 Drop Squad was a movie released in 1994. It was a political satire about an underground militant group that kidnaps and re-educates African Americans who have compromised their blackness or have done something that seemingly marks them as a sell-out. The plot centers around the kidnapping and deprogramming of an ad exec producing advertising programs that belittled Black people, particularly women. He was blinded by his success and his acceptance amongst his white colleagues, and it took an enormous amount of deprogramming to get him to see the error of his ways.

For the past six months, the entire nation has been fixed on the Senate race in Georgia. The candidates in that race were Rev. Raphael Warnock – a Morehouse Graduate and the Pastor of the iconic Ebenezer Baptist Church, and Herschel Walker – The University of Georgia Heisman Trophy Winner and NFL legend. From the onset, this matchup had the makings of a barn burner, pitting a candidate anchored in the black community of Atlanta against a Black man who is running on the Republican ticket in a racially sensitive State. It didn’t take long for us all to realize that this political contest would be interesting, to say the least. On May 26, 2022, just two days after winning the Republican Primary in Georgia by 50 points, Walker spoke on the Uvalde, Texas, school shooting. He said the federal government should launch “a department that can look at young men, that’s looking at women, that’s looking at their social media.”

Now, all of us who watched him say that knew it didn’t make any sense. But, once offers the benefit of the doubt, right? Just weeks later, though, Walker was accused of saying that he worked in law enforcement. He did not work in law enforcement. He has in the past given motivational speeches to law enforcement organizations, but he was a football player, not a cop. Weeks after that came news that he had more children than he stated and that he doesn’t have contact with those children. Then came the news about the abortions he paid for and coerced multiple women to have. Walker, by the way, is a staunch Pro-Life advocate who believes abortion should be illegal.

Over and over again, this Black man made a public mockery of himself. And yet somehow, on Election night in November, he won enough votes to force a run-off election. In a state with over 7 million registered voters, almost 2 million thought Herschel Walker would make a better Senator than Rev. Warnock. Even after the indictments of his character and his apparent issues with expressing coherent thought, 48.5 percent of the voters chose him.
And what did he do during the extended campaigning for the run-off? He double-downed on stupidity. At one rally, he opined about the powers of vampires and werewolves, deciding in his speech that he’d rather be a werewolf (He was right, by the way. I, also, would rather be a werewolf than a vampire.) And then, at a campaign rally that took place just a week before the run-off election, Walker said, “The other day, they called me a coon. I’m from the country; if you know anything about a coon — it’s one of the smartest animals out there.”

A Black man running on the Republican ticket in a racially tense State, a Black man whose campaign was by and large funded by White men, a Black man that had been proven to be an absent father, a manipulator of women, an outright liar and someone who clearly doesn’t have it all upstairs, that man spoke of being called a coon and accepting it as such.

At this point, it became clear to many that Herschel Walker, and his entire campaign, was a complete affront to the dignity of Black folk. There could be no reconciliation with him, no come-to-Jesus moment, no apology and acceptance. Herschel Walker is a disgrace to his people and should be shunned forever. He is no longer invited to the barbecue.
The run-off took place this past Tuesday. Rev. Warnock won. But 1,719,387 citizens of Georgia voted for Herschel. They wanted him to represent Georgia, but in a very real sense, they wanted him to represent us.
If there were a Drop Squad, Herschel would be tied up and thrown in the van.