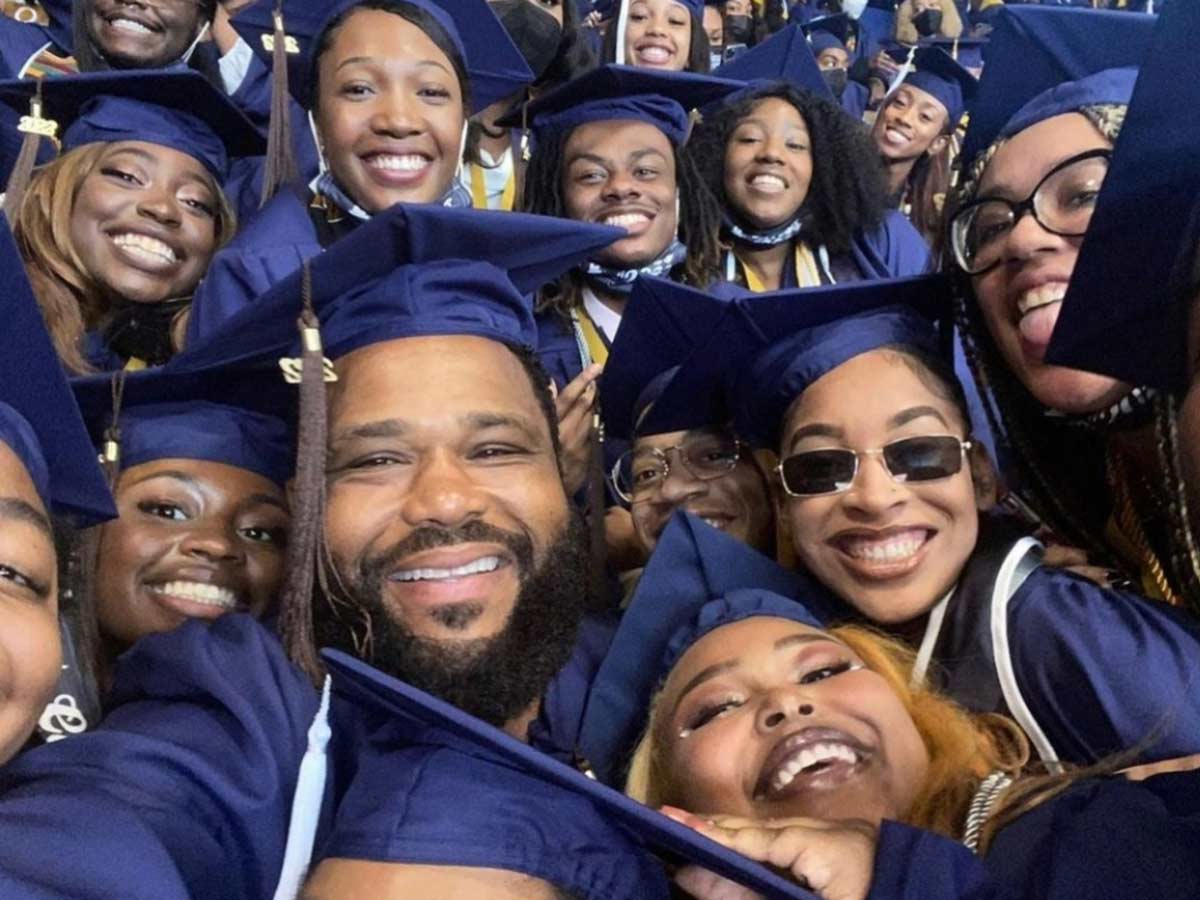 A genuinely happy Anthony Anderson surrounded by fellow grads at his graduation from Howard University, after having dropped out 30 years ago.

by Fern E. Gillespie
For eight seasons, Black-ish star Anthony Anderson’s character, advertising exec Andre “Dre” Johnson, bragged about his Howard University degree. Anderson, 51, even had a Black-ish episode dedicated to a college tour of Howard with his son Junior.

In reality, Anderson had dropped out of Howard as a junior 30 years ago due to financial problems. In 2018, Anderson’s son Nathan was accepted to Howard and inspired his father to complete his college degree.

For several years, Anderson took courses at Howard online and sometimes in the classroom. This May, Anderson officially earned his BFA degree from Howard’s Chadwick A. Boseman College of Fine Arts at the Washington, DC commencement and became a member of the Class of 2022. At the ceremony, Anderson was joined by television icons Howard fine arts dean Phylicia Rashad (The Cosby Show) and his former Howard classmate Taraji P. Henson (Empire), who was the commencement speaker.

“Yesterday was a full-circle moment,” said Anderson after the graduation. “It’s never too late! Things happen when they’re supposed to happen!”