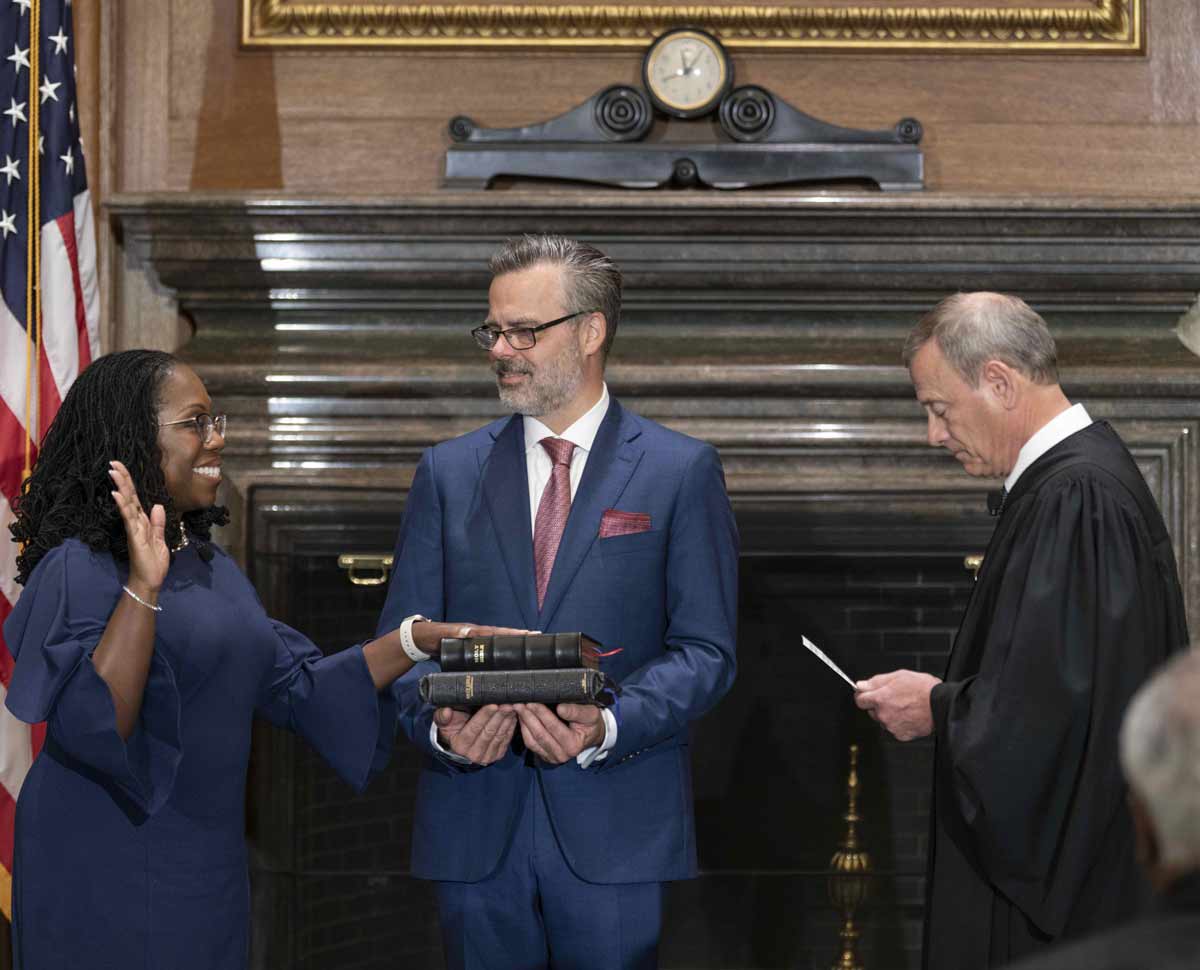 By Fern E. Gillespie
In 1972, Rep. Shirley Chisholm, the first Black woman elected to Congress, stood at the podium at the Concord Baptist Church in Bedford-Stuyvesant, the church where she prayed in the district that she represented, and announced her historic candidacy for the presidency of the United States.

“I am not the candidate of Black America, although I am Black and proud. I am not the candidate of the women’s movement of this country, although I am a woman, and I am equally proud of that. I am not the candidate of any political bosses or fat cats or special interests,” Chisholm stated. “I am the candidate of the people of America. And my presence before you now symbolizes a new era in American political history.
Now, 50 years later, that same statement could have been made by newly appointed Supreme Court Justice Ketanji Brown-Jackson, who symbolizes a new era in American history. On June 30, she was sworn in by Justice Stephen Breyer and is the first Black woman to be appointed to the Supreme Court in 231 years. She once clerked for Justice Breyer and will succeed him. Her achievements encompass two Harvard degrees, a federal public defender, judgeships and being a mom. This spring, Justice Jackson was stoic in the face of vicious grilling by Republican senators at her Senate hearing. The final Senate vote was 53–47, which included three Republican senators.

“It took just one generation to go from segregation to the Supreme Court of the United States,” Jackson has stated. Our Time Press reached out to Black women in leadership positions in Brooklyn’s nonprofit, business and academia fields for their personal insights into Justice Jackson’s historic role. Here are the responses:
“Justice Brown-Jackson’s appointment represents a watershed moment in terms of Black women’s representation within the Supreme Court, and beyond. Yet, the toxic responses to her nomination, and the vicious treatment she received during the hearings preceding her appointment also illuminated the biases and barriers that Black women continue to face, and the work that still needs to be done to change the face of leadership in this country. Justice Brown-Jackson’s grace under unimaginable pressure also holds personal significance for Black women, because we are, too often, held to unreasonable standards, and our very human reactions are harshly scrutinized.”

“I am very glad to see another Black woman make it to the top her profession. And furthermore it is reassuring and reaffirming to see another Black woman in a position of national prominence, who, with her complexion and braid extensions, looks so much like me, my sisters and cousins, and many of my students. But the reality, is in spite of how much I may relate to her, Judge Brown is quite firmly a part of America’s institutional apparatus who cannot put issues of importance to Black people at the center of her work. In spite of having once been a federal public defender, her primary loyalty will be to the institution and not her racially kin brothers and sisters. It feels good to see her there, but her elevation to the high court is by no means a solution to our caste position in America.”

“I believe that Justice Brown-Jackson being nominated and confirmed to our nation’s highest court is quite frankly, one of the single, most significant accomplishments to ever impact Black women and especially Black women attorneys like me. Think Harriett Tubman, Hattie McDaniel, Rosa Parks, Maya Angelou, Constance Baker Motley, Patricia Roberts Harris, Nikki Giovanni, Shirley Chisolm, Oprah Winfrey, Michelle Obama, Serena Williams, Janet Rollé, Mellody Hobson and many others who continue to break the “glass ceiling” and create new heights. I join the list of Black women firsts having been recently named the first Black woman President and CEO of Bedford Stuyvesant Restoration Corporation. I am a member of a sisterhood of Black women attorneys like Justice Brown-Jackson, in search of an equitable society that embraces us for our stellar credentials and achievements that make America great.”