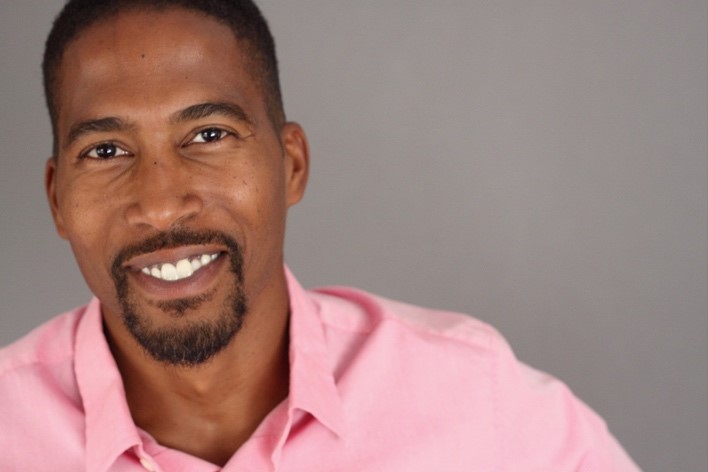 James Mathis, III has been the voice of the Black Panther in Marvel’s Avengers for four seasons.

The “Black Panther” movie continues to break box office charts. According to IndieWire on line magazine, the movie is “on course to become the greatest comic-book movie in history.” These accolades mostly point to the millions it will make. Other political and cultural factors contribute to its distinctive success such as display of black power, black pride and black beauty. While the movie sets historical records, a part of its foundation has its origins right here in Brooklyn, New York.

James Mathis III has been the voice of the Black Panther in Marvel’s Avengers for four seasons. He joins a list of a few well-known actors who have played that role before him according to Behind the Voice website: Keith David, Taye Diggs, Djimon Hounsou.

The voice behind what is emerging as a global movement has its roots right here in Brooklyn. Mathis’ early beginnings include P.S. 327, Dr. Rose English Elementary School, in East New York. He continued in Bushwick, Brooklyn at Philippa Schuyler Intermediate for the gifted and talented, where, according to his mother, Minister Shirlene Holman, “The acting spark was ignited.” Mathis said, in his Fort Greene high school, Brooklyn Tech, he found his niche when school play director Susan Palmieri cast him in leading roles. Shakespearean English teacher and Assistant Principal Dr. Robert Sinclair also provided inspiration. “He made Shakespeare fun and encouraged a deeper understanding of literature and Elizabethan English.”

During a phone interview with Dr. Sinclair, he stated, “Mathis always had the voice and was always a professional even as a teenager,” which, no doubt, explains how he rose to represent his school in the NYC Shakespeare Competition reciting sonnets and excerpts from plays.

In addition to his teachers, Mathis credits Spike Lee and Denzel Washington for his deep dive into acting. The release of “Malcolm X” when Mathis was still a high school student and the proximity of 40 Acres and a Mule (a novelty shop across the street from his school) conveyed a message of the possibilities the world of acting could provide. For college, he attended University of Southern California to study production.

Trained as an actor, Mathis landed roles on television shows such as “ER,” “Pacific Blue” and “City of Angels.” He harnessed his thespian skills, education, training and the depth of his voice to find voice-over acting in various video games and animated series.

Mathis found staying power, most recently, as T’Challa, the Black Panther, in Marvels Avenger series through which he supports his wife and two children in California.

Speaking of her son, Minister Holman stated, “I’m grateful he stayed the course and persevered. He is blessed to do what he loves.”

Black Panther, the animated series is available on YouTube, Amazon Video, itunes, Vudu, and Google Play. James Mathis III will continue to harness his Brooklyn, Shakespeare and other thespian skills as he approaches season five of Marvels Avengers, and T’Challa will play a greater role.

Real-Life Superheroes to Call Our Own