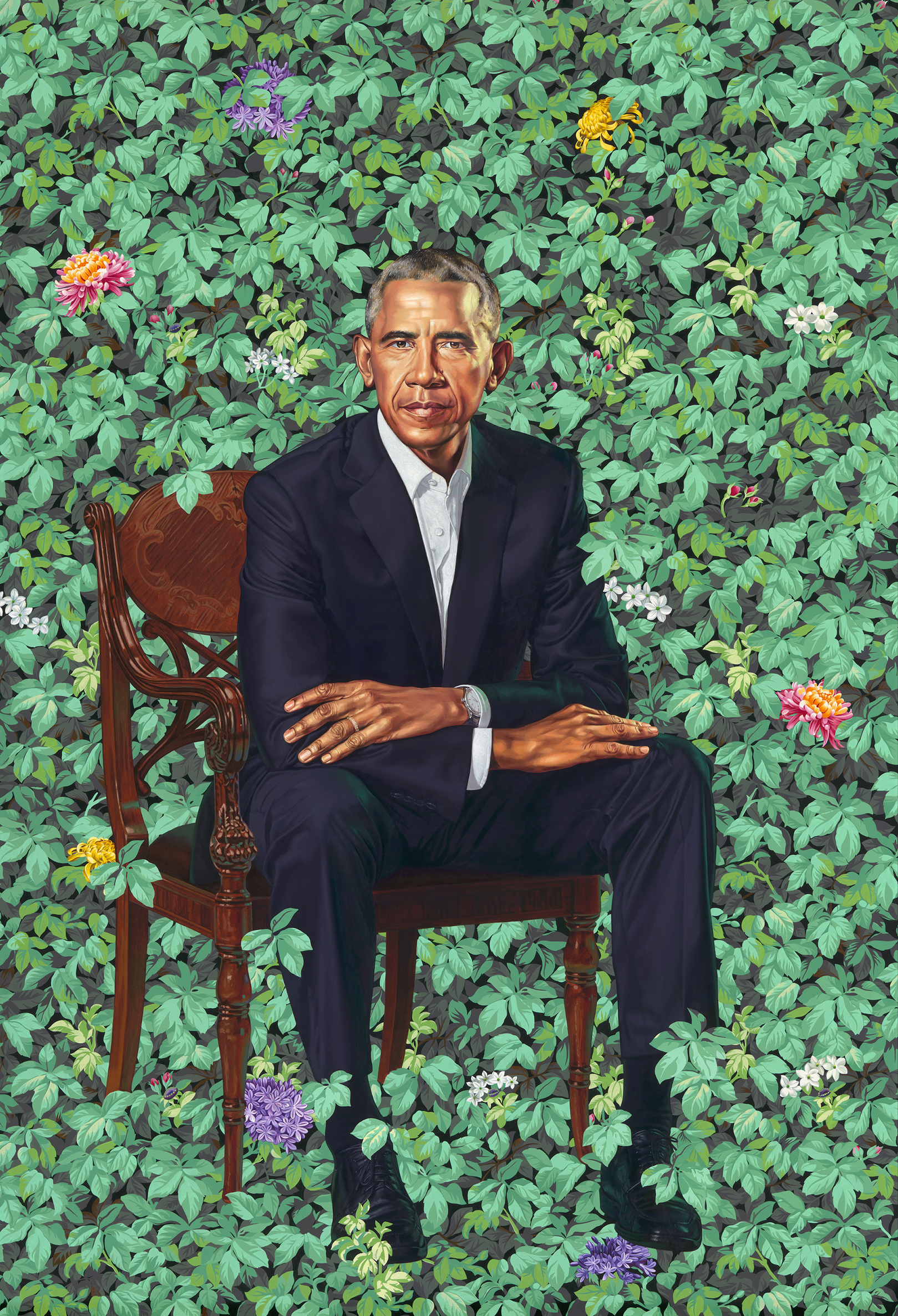 Portraits of former President Barack Obama and First Lady Michelle Obama at the National Portrait Gallery will mark the first time the museum has commissioned African American artists to paint a president (by artist Kehinde Wiley) and his wife (by artist Amy Sherald) . Barack Obama’s portrait will be part of the permanent “America’s Presidents” exhibition on the second floor. Kehinde Wiley created the president’s official portrait against a backdrop of lush flowers: chrysanthemums (the official flower of Chicago), jasmine (symbolic of Hawaii where the president spent most of his childhood) and African blue lilies (alluding to the president’s late Kenyan father). Sherald painted Michelle Obama wearing a gown by Michelle Smith, the designer behind contemporary label Milly — a brand that the fashionable former First Lady has worn in the past. (Credit Image: © Npg/Notimex/Newscom via ZUMA Press)

Preening with No Meaning: The State of the Union Address