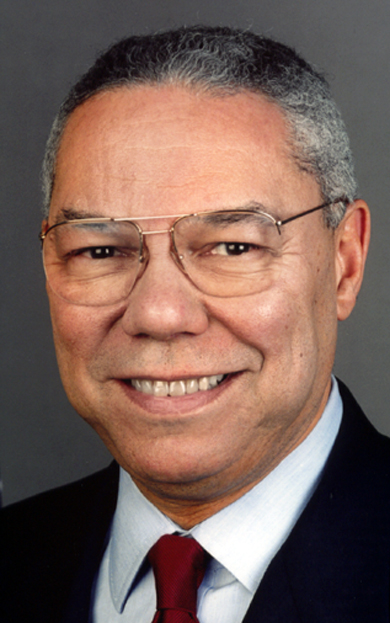 Our worst fears about President Barack Obama’s successor are being realized. According to most national polls, presidential hopefuls Hillary Clinton and Donald Trump are in a statistical dead heat for the popular vote. Blue states are looking redder and red states are looking bluer, and then there are lots that veer towards purple. The Hillary pneumonia scare last weekend, the national terrorist episodes – St. Cloud, Minnesota where a Somalian-American emerged as the mall stabber of 10 people last Saturday and the New Jersey-based Afghanistan-American bomber who wreaked havoc in NJ and NY injuring 31 people, including two policemen – add more variables to an already-uncomfortable, ill-informed American populace and electorate. Media has been complicit in creating Trump and should be held responsible for the rise of the monster. Well, there is next week’s television debate.

Last week’s NY Post lifted items from former Secretary of State Colin Powell’s hacked e-mails which says: “I would rather not have to vote for her although she is a friend I respect.” He references Bill as a “husband who is still d—kng bimbos at home”, according to published NY Post items. On the other hand, Powell sees Trump as a “national disgrace and an international pariah”. He adds, “Trump just looks stupid trying to appeal to Blacks and Latinos”. In another e-mail, the four-star general says that Israel has 200 nuclear weapons pointed at Iran.

Ironically, President Obama’s popularity is at 58% even though Americans profess to want someone different and non-establishment. Do Americans understand how his agenda was obstructed for 8 years by a highly partisan, overtly racist GOP Congress?

NEW YORK: The following analysis is based on stories culled from two news sites–DNAInfo and Capital Tonight. Politics and strange bedfellows would explain last week’s NY local Primary and the 31st Senate District, where whites represent 43% of the eligible voters. Congress-bound Senator Adriano Espaillat, handpicked successor, and a fellow Dominican Marisol Alcantara won besting Micah Lasher, who is white and came in second, and term-limited former NYC Councilman Robert Jackson, who placed third. Votes in this Senate district is segmented. Alcantara was the beneficiary of a $100,000 donation by the Independent Democratic Conference, which caucuses with the Senate GOP. Alcantara presumably will join the IDC in January. Forget about a Democratic Senate majority. Also, a postscript to the above Senate race, Brooklyn Congressman Hakeem Jeffries endorsed Mr. Lasher, whose backers include former bosses Michael Bloomberg and NYS AG Schneiderman. Is Jeffries the minion of the city’s political elite for a mayoral challenge next year?

What happens to Harlem’s Black Democratic machine? Assemblyman Keith Wright, who also heads the Manhattan Democratic Party Chairmanship, will soon shed both titles. Will soon-to-be Congressman Espaillat control and manipulate Harlem politics? Will he join the Black Caucus. He said on NY1 after his congressional Primary victory that his mother’s brother is Afro-Latino. Huh? Has Black Democratic power shifted to Brooklyn and the Gen-Xers?

HOLD THE DATE: October 13 for the WOMEN FOR HILLARY IN HARLEM fundraiser, which is themed: WOMEN EMPOWERMENT AND UNITY, and will be held at the Lenox Sapphire Restaurant, located at 341 Lenox Avenue at 127th Street. The bash begins at 6:30 pm. Caroline Memnon, Nika Milbrun and Mari Moss-Yawn are fundraiser co-organizers. C. Virginia Fields and Victoria Horsford are host committee members.

Two African-American authors are among the ten nominated for the 2016 National Book Awards in fiction. They are Colson Whitehead, “The Underground Railroad”, and Jacqueline Woodson, “Another Brooklyn,” who won the 2014 NBA for Young People’s Literature. [Visit nationalbook.org]

Paul Beatty’s book, THE SELLOUT, a satire on Black life in the United States, made the Man Booker short list. Man Booker is a British Literary Award which honors authors for excellence for books in the English language.

Barbara Ann Teer’s National Black Theatre begins its 2016/2017 season with SWEET, a new play about a bittersweet coming-of-age story. The play is set in the rural South about two sisters who do everything together, are inseparable until their mother dies and a young man returns from college with two events which shatters their closeness and threatens to tear them apart. Play runs from October 22 to November 20.

Legal eagle Ghilliaine Reid, 45, joins McGuireWoods as a partner and a co-head of its financial institution’s industry team’s broker/dealer practices. Her impressive CV includes work as a branch chief in enforcement at the Securities & Exchange Commission’s NY Office and as a staff attorney. An attorney at Schoeman Updike & Kaufman, she was a partner/director of business and commercial law at Gibbons PC. She earned her bachelor’s degree and JD at Boston University.

RIP: American playwright-extraordinaire Edward Albee, 88, died last week. A highly acclaimed American theater denizen, Albee wrote theater classics such as “Who’s Afraid of Virginia Wolf”, “A Delicate Balance” and “The Lady From Dubuque”. I will never forget his commentary after winning his third Pulitzer for “Three Tall Women”, saying that it was based on his intense hate for his stepmother…and that it was hard to believe that hate could produce a Pulitzer play.

Photoville returns on September 21-25 to its home on the Brooklyn Waterfront, located in the Brooklyn Bridge Plaza under the bridge in DUMBO. A free event, Photoville 2016 is a series of containers, talks, workshops and more than 60 photo exhibitions showcasing works by photogs the world over, including Kamoinge, which is a NY-based Black fine arts photography group that was organized in 1963, whose founding members include iconic shutterbugs like Tony Barboza, Adger Cowan and whose members include Ming Murray Smith, John Pinderhughes, Frank Stewart and June DeLaire Truesdale. [Visit Kamoinge.com and photoville.com]

Check out vocalist Charlene Moore live at the Sugar Bar, located at 254 West 72nd Street in Manhattan on Friday, September 23.

Theater aficionados are invited to a staged reading of CHOSEN by Dr. John Mitchell at the Julia De Burgos Performance and Arts Center, located at 1680 Lexington Avenue at 106th Street in East Harlem on September 24th at 2 pm. CHOSEN centers on Dr. Aloysius “Big Al” Sam, who reflects and celebrates the 70th Anniversary of the segregated Montford Point Marines Corps and the perils of WWII. Directed by Eric Coleman, CHOSEN stars Gareth Lawson, Nicole Betancourt, Jerry Nelson, with music by Roy Meriwhether and Clarence “Chip” Shelton. Complimentary admission. [RSVP at 212.926.2550]

A Harlem-based writer, Victoria Horsford is reachable at victoria.horsford@gmail.com.