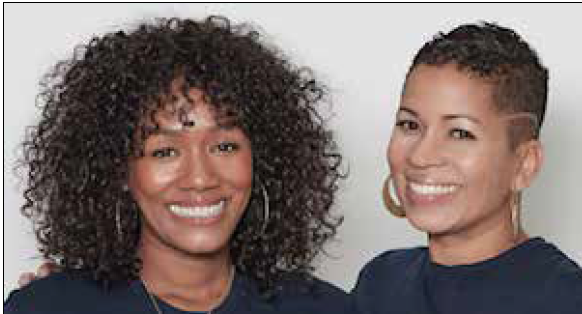 Taking the leap into entrepreneurship can be daunting. But writer Elizabeth Rankin-Fulcher’s knows six women who did it, and have no regrets. Following is Part Two of successful Women in Business.

Kyiesha Kelly and Malik Kelly, siblings and owners of Hip Hop Closet, began their journey 20 years ago using their own personal funds. Kyeisha is married with children; Malik is single. The Kelly siblings are the sole employees using interns and part-time help, as needed. At the beginning, the siblings operated from their home, all sales were strictly ecommerce with sales mostly outside the metropolitan area. By the way, all merchandise is “Made in New York”. Hip Hop Closet has now found a home in the Brooklyn Navy Yard with a showroom and event space. The community can shop and enjoy lectures, book discussions/signings and performances by rap and jazz artists in a relaxed and comfortable environment. Hip Hop Closet relies on social media and their website to advertise their business.

Kyiesha’s advice to newbies “do something that really speaks to who you are and about what you are most passionate. Don’t pattern your idea after anyone else, be unique; don’t be afraid to fail, to tweak, it’s all about trial and error. Believe in yourself.” https://hiphopcloset.com/

Fifi Bell-Clanton and Gwen Woods are the founders and co-owners of 5-year old Crabby Shack. Having worked in fashion and music, respectively, for 20 years, food became a hobby, hosting dinner parties in their homes.   One day Fifi came up with the idea of opening up a crab restaurant in Brooklyn; Gwen loved the idea, and after talking about it for six months they decided to quit their jobs and go for it. Gwen served as broker finding an abandoned church in a potentially vibrant neighborhood. Both women are the primary investors with one other investor and because they realized they would need to do extensive renovation with a new heating system, plumbing and electrical upgrades, they started a kickstart campaign raising $28,000. The restaurant name came about because Fifi kept calling it crabby shack and so it is! They have been at the Franklin Avenue location for five years and recently opened a second Crabby Shack on Clinton Ave. Both women do the cooking along with one additional chef; there are ten employees and interns, as needed; staff are not offered benefits, but plans are to offer 401K. Crabby Shack uses ADP payroll service and consults with legal and financial professionals, as needed. thecrabbyshack.com

Akim vann, a native Brooklynite, is the sole owner of The Bakery on Bergen. This young entrepreneur has been working since she was 3 years old on Sesame Street. Her entrepreneurial spirit includes serving as a private tutor and a life coach which allowed her to save money and start The Bakery on Bergen. The three year old bakery commenced with two partners but the partnership did not work out. Plans call for the space to also be used for events, children’s parties, baking classes and the like. Employees are interns, as needed. In the Fall of 2018, The Bakery on Bergen was selected for a make-over on the television show “Get A Room” which garnered major publicity.

The Bakery on Bergen sells its baked goods to The Crabby Shack and Angela Yee’s Juice Bar and is open to selling to other small restaurants. Online ordering is available through Grub Hub.

Advice to prospective entrepreneurs – take advantage of business services offered at local universities, seek the advice of a mentor who can offer financial advice; if there is a need for partners/investors, be careful in choosing them and don’t be afraid to take calculated risks.

Atim annette Oton, Calibar Imports, an immigrant from Nigeria in the town of Calibar, followed in the footsteps of her parents who abandoned their careers as a journalist and an educator to become entrepreneurs. More than 14 years ago Calibar Imports opened its doors on Franklin Avenue, Brooklyn, NY; today there are two additional stores one in Harlem and the other in Brooklyn, all financed from personal monies. The Harlem location houses an art gallery and event space along with its usual retail sales. Inventory consists of ethnic clothing, jewelry, home décor and gifts. Calibar Imports has two part-time employees with no benefits.

Atim is motivated by the legacy of her parents and grandparents in addition to which, she loves being her own “boss”.   Her advice to future entrepreneurs is to think about the future of your business and have an exit plan.” She believes that the younger shoppers are more conscious about how they spend their money and “buy Black”. calabar-imports.com

She sits on the board of ESPER, a black stamp collecting organization and coordinates special stamp dedications in collaboration with The African Burial Ground.

Women in Business … and what we can learn from them