Will Your Primary Vote Count?
Advertisement 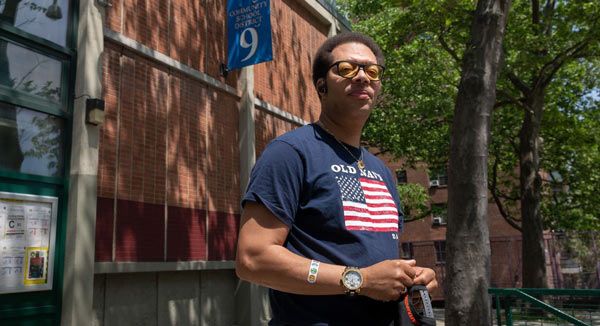 Why Thousands of New York Ballots Got Tossed

This story was originally published on May 24, 2021 by THE CITY.
www.thecity.nyc

By Samantha Maldonado
THE CITY

There’s one trend election observers can be confident of year after year: Record turnout will always be swiftly followed by a tidal wave of voter suppression efforts.
The 2008 election was the first presidential election in American history in which voters of color constituted one quarter of the nation’s eligible electorate. That election also saw a massive shift in the racial composition of early in-person voting, with Black voters casting their votes early in person more frequently than white voters (an estimated 24 percent to 17 percent nationally). This record turnout was followed by an unprecedented effort to cut back early in-person voting in states including North Carolina, Ohio, Wisconsin and Florida — which notoriously tried to ban voting on Sundays, a move that would have effectively eliminated Souls to the Polls efforts by Black churches.
We are now witnessing a rerun. The 2020 presidential election saw more than 159 million votes cast — shattering the record for the most voters to ever participate in an election in American history by more than 20 million voters. The 2020 election had the highest turnout rate since the 1900 presidential election. Seven of the 10 states where turnout rose the most conducted their elections entirely or mostly by mail. The percentage of Black voters casting their ballots by mail more than doubled from about 18 percent of Black voters in 2016, to an estimated 38 percent in 2020.
And like clockwork, we are now seeing an onslaught of proposed legislation to cut back voting by mail, including in states like Arizona, Iowa, Florida, Wisconsin — and most notoriously, Georgia. In Georgia, pending legislation would require voters to submit photocopies of their identification twice when seeking to vote by mail; bar elections officials from affirmatively mailing absentee ballot applications to voters; reduce the window for requesting absentee ballots; place restrictions on drop boxes for returning ballots; and eliminate no-excuse absentee voting altogether.
It’s not just absentee balloting that’s under attack — invoking the Big Lie, legislators throughout the country have proposed not only a staggering array of other restrictions on registration and voting, but even restrictions on citizen-led ballot initiatives and bans on donations for elections administration resources like PPE.

To Read More go to THE CITY:

Excellence in Politics, the Olympics, and at The Bee