When the Maasai Comes to Town
Advertisement 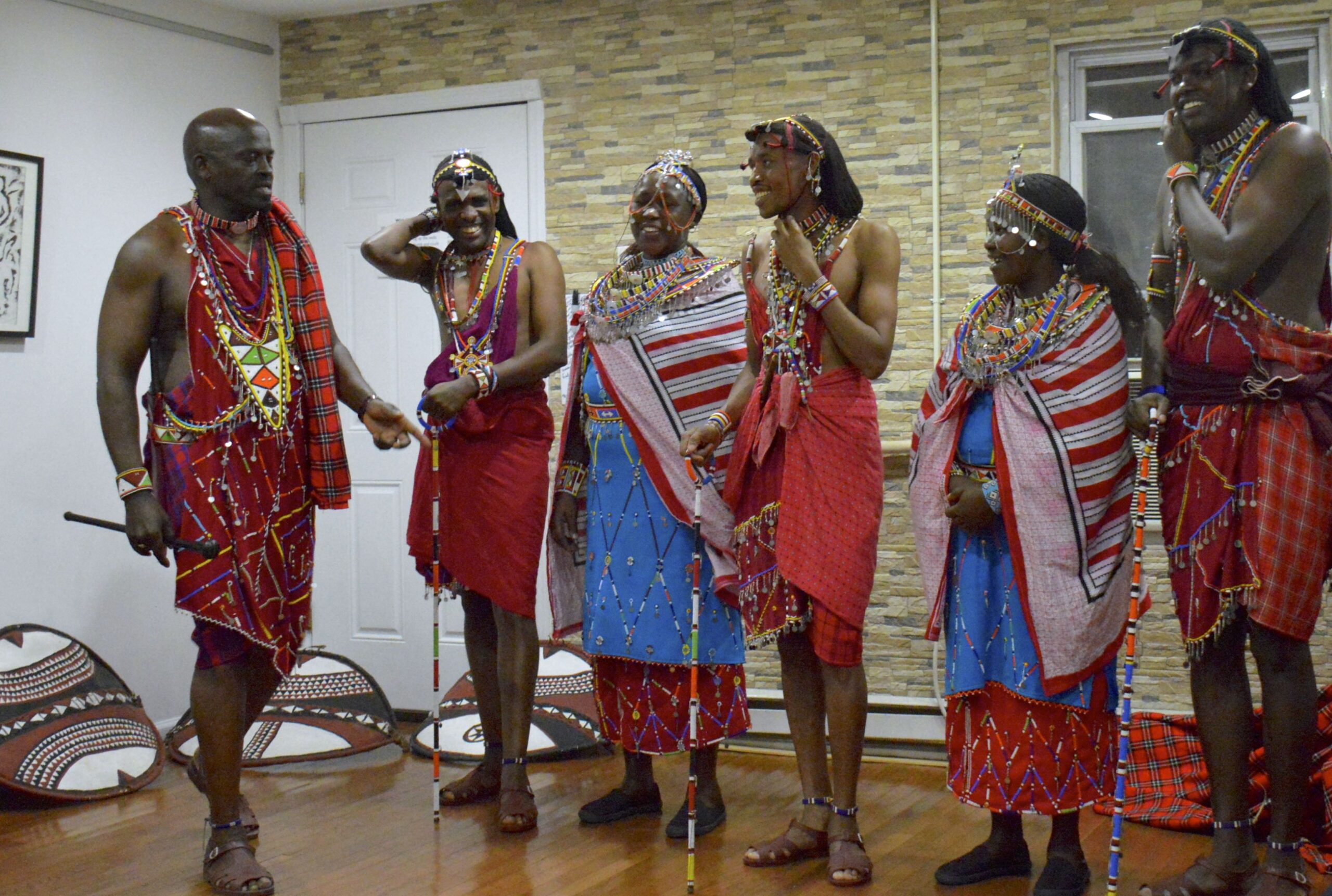 The culturally historical neighborhood of Bedford-Stuyvesant got a taste of southern Kenya as the world-renowned Friends of Sironka Dance Troupe graced Bailey’s Café last Friday. In conjunction with, and sponsored by the Bedford-Stuyvesant Museum of African Art, the troupe put on a performance that was as memorable as it was entertaining, and entertaining it was. Consisting of men and women of the Maasai heritage, the Sironka Dance Troupe were decked in traditional Kenyan garb adorned with elaborate Kenyan beadwork. As all troupe members were noticeably wearing red, I would later learn that red is a color commonly worn by the Maasai.

The founder and leader of the Sironka Dance Troupe, Nicholas Sironka, started out the program by providing the packed room with background information on both the troupe itself and the Kenyan tribe that they pride themselves in being a part of, Maasai. As described by Nicholas, the Maasai are a prideful people who have stuck to traditional Kenyan values in the face of increasing attempts to “urbanize” Kenya. High-minded viewpoints like respect for elders, and arguably most important of them all, respect for self, are espoused by the mighty Maasai. For the Maasai, having respect for elders entails that you dress honorably when in the presence of elders, Nicholas explained. In that sense, having respect for elders goes beyond the usual talking and acting respectfully. Saggy pants, a common “fashion” trend in the United States, would be frowned upon, particularly worn in the presence of elders, according to Maasai cultural norms. In an effort to not completely expose many deeply held American norms for the atrocious nature that they are, someone in the audience did manage to highlight that the sagging pants form of dress is also looked down upon here in the United States. The larger point of the matter is that much can be learned from the discipline and orderliness of the Maasai.

As the event progressed, cameras went up recording the wonder and sublimity that was the show put on by the Sironka Dance Troupe. Throughout the evening, guests continued to arrive to watch the troupe engagingly showcase traditional Maasai songs and dances. Every time I looked up, someone new had arrived. Among the songs and dances performed by the troupe, there was one in particular, a hymn and song, sung by Kenyan mothers to their young. I listened intently as this demonstration transpired while simultaneously recorded it on my videophone. I understood the value and rarity of such a live performance of song and dance from the continent which my ancestors originated. The whole while I had in mind my future offspring and the ability that capturing such a moment on film would provide me to share with my future child thereby directly connecting him or her to our motherland. The demonstration was equal part-surreal and inspiring.

Other presentations required the help of the Maasai men such as when the group performed the “jumping” dance. The aptly titled “jumping” dance is meant to demonstrate the physical prowess of Maasai men. During the dance, men, and in this case women, were literally jumping, two at a time in an effort to see who could jump the highest. The entire time, the audience was fully engaged as the Maasai would consistently seek out volunteers to dance and sing along even if those participating had little understanding as to exactly what it is they were saying. Everyone participating did, however, understand the universal language of kindness, love and community empowerment that was promoted by the dance troupe. In between each performance, Nicholas would give background on the tribe’s history and/or the significance of each ritual. Every word uttered by Nicholas was encouraging, reaffirming for everyone there the power and strength of all people.

Towards the end, a Maasai woman troupe member sung and hymned a tune that is commonly used to calm cows as they are being fed. Though such a concept may seem foreign to us Americans, for the Maasai this is normal as they are, by and large, cattle and goat herders. Before the performance began, Nicholas described how the orange milk holder used in the performance is found in the home of many Kenyans, including in his own, with the orange color specifically symbolizing hospitality. Over time, Nicholas explained, the orange gourd darkens and has a brownish orange hue as it is usually placed near the fireplace. This reinforces yet again the Maasai as a traditional group that has remained true to its cultural practices and norms.

The impact of the Sironka Dance Troupe was perhaps placed in perspective for me when at the very end, a local community member arrived and insisted that I take a picture of him with the Maasai. He was almost star-struck and even called his friend to brag that he was with, in his own words, “real” Maasai. The admirer, like Vira Lynn Jones, the Executive Director of the Bedford-Stuyvesant Museum of African Art, who was instrumental in securing visas for the group to travel to the United States, understands the significance and importance of the Maasai. His enthusiasm helped me to better appreciate Vira Lynn Jones’ prolonged battle in bringing the Sironka Dance Troupe to Bailey’s Café and to other prominent New York City venues. I understood more fully why Vira was so insistent on having the historic troupe perform amidst a hostile foreign policy climate espoused by the Trump Administration via their various travel bans. It’s not that Nicholas and the Sironka Dance Troupe were not effective in conveying the importance of their performance. Rather, seeing the admirer, who happens to also be my father, react in that manner only served to increase my understanding of the mighty Maasai people.