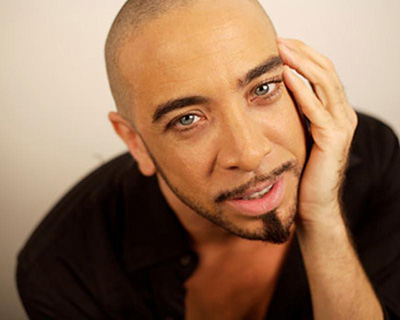 2020 Presidential hopeful billionaire Michael Bloomberg, NYC stop and frisk mayor, opened his first NY office on West 125 Street, Harlem. He is working feverishly to endear himself to Black voters, a substantial bloc, across the land. He spoke at the Vernon chapel AME Church in Tulsa, Oklahoma, on 1/19/20, the city of the 1921 Tulsa race riots, when whites ran amok, killing between 100 to 300 Black people, a situation white washed by the local press and history books. He talked about his Marshall Plan for Blacks which includes more Black home ownership, fair lending practices and a Neighborhood Equity and Opportunity Program. Bloomberg Black support is increasing incrementally. Chicago-based Ariel Management founder, African American John Rogers, signed on to the Bloomberg bandwagon as has Geoffrey Canada of Harlem Children’s Zone and former NY politico Virginia Fields.

CORPORATE AMERICA
WGO first wrote about the Black News Channel in 2008 when its architect former GOP Congressman JC Watts first announced that its time has come, a speculation with which I agreed. Black owned tv stations at that time which totaled about 12 are all dissolved. The Black News Channel was conceived as the cureall for Black America. Some 12 years later, the BNC is a reality set to launch next month as a 24/7 station, across multiple platforms. Shahid “Shad” Khan is the majority Network investor who contributed $25 million. The BNC has distributions agreements with Comcast, Dish, Charter/Spectrum, Vizio and Roko.

INTERNATIONAL AFFAIRS.
DAVOS: The World Economic Forum in Davos , Switzerland is an independent and impartial organization for Public-Private Cooperation, whose aim is to improve the state of the world. The 50th Annual Davos Summit in 2020 convenes January 21-24. More than 3000 leaders from business, politics, the tech world , and educators will attend the invitational Summit, whose theme is “Stakeholders for a Cohesive and Sustainable World” will be addressed.
HAITI: More destitute and powerless than it was before the 2010 earthquake and the multi billion dollar worldwide windfall for rehab, Haitians are ready for its second revolution. The trouble began before the earthquake which was preceded by the ouster of Haiti’s democratically elected President Jean-Bertrand Aristide, assisted by the United States, France and Canada.

RIP: Jimmy Heath, 93, passed in Georgia on January 19. Saxophonist/composer extraordinaire, he played with jazz greats like John Coltrane, Miles Davis and his brothers Albert and Percy, in a band he created. He is created with reviving bebop to future generations.

ARTS/CULTURE
DANCE: The Complexions Contemporary Ballet opens its 26th season at the Joyce Theater , Manhattan, from January 21 to February 1. Under the artistic direction of its co-founders Dwight Rhoden and Desmond Richardson, both Alvin Ailey Dance Theater dancers/choreographers alumni. Season highlights include LOVE ROCKS which features music by Lenny Kravitz; the return of favorites like Bach 25, a series of baroque performances and WOKE, redolent of daily current events. A cultural treasure trove, the Complexions Company is a NY treasure of dance athleticism, virtuosity, compassion and diversity. Visit complexionsdance.org.

FILM: While the 2020 Hollywood film awards were stingy with its acknowledgements of Black achievement in film, there is no shortage of NYC film series celebrating Black women in film. Film buffs should check out the Film Forum Series “Black Women: Trailblazing African American Performers & Images, 1920 to 2001,” curated by African American film historian Donald Bogle, who wrote definitive book, “Toms, Coons, Mulattoes, Mammies And Bucks: An Interpretive History of Black In American Films” with Ina Archer which runs February 13. More than 60 film screenings and events highlight the series, including titles like “Cabin In The Sky,” “ Daughters of the Dust,” “Carmen Jones,” “Imitation of Life.” and “Monster’s Ball” Visit filmforum.org

Next month, the Museum of Modern Art presents “It’s All In Me: Black Heroines,” a film series, February 20 to March 5. This series of documentaries and features celebrates a wide range of representations, potent expressions, growth and self assertion by Black women in film, drawn from the MOMA’s collection. Films screen were made from1907 to 2018. Visit MOMA.ORG.

JANUARY NOTES
The 2020 Chinese New Year, the year of the RAT, begins On Saturday, January. 25. Twelve animals are associated with the Chinese zodiac.

CORRECTION: Last week’s OUR TIME PRESS cover story picture of Brooklyn electeds, one person was listed as “unindentified” in the caption. He is Manhattan Assemblyman Al Taylor.

A Harlem based media/branding consultant, Victoria can be reached at Victoria.horsford@gmail.com

Advertisement
Related Topics:Bloombergrhodenwatts
Up Next