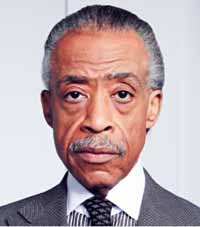 Americans from coast to coast are teeming with activity, moving towards something resembling the old normal, as in the pre COVID-19 era. People are returning to the friendly skies nationwide in unprecedented numbers. Cruise ship lines are scheduling summer tour dates. Civil servants will return to old brick and mortar work sites soon. Most colleges will be open for on campus classes in September, no more remote classrooms in higher education. Signs of life in NYC/NYS are encouraging. Public transportation will be available 24/7 and most twentysomethings and older are making weekend and summer plans. NYC is to be back in full swing by July 1, says NYC Mayor Bill de Blasio, who was contradicted by scandal-plagued, Teflon NYS Governor Andrew Cuomo, a few hours later re: who controls “revitalization” protocols.
On COVID-19 Updates, herd immunity seems to be a distant goal for Americans because large numbers of people are vaccine shy. Administration is adopting a new strategy for vaccine rollouts in urban and rural America. Pfizer, manufacturer of one of the most popular COVID-19 vaccines, awaits FDA approval for its use by young people, 12-15 years old.
Midterm considerations are important to both Democrats and Republicans, the latter of which is convinced that it will achieve House and Senate majorities in 2022. Washington, DC is calling for statehood, as is Puerto Rico. Will the Biden vision continue its first 100 days victory laps through 2022, which will scuttle the Congressional midterm other-party myths?! Will red-state governors new voting rights laws, inhibit Black electorate turnout? Will they encourage more white voter turnout for Dems?

COVID AND ECO DEV
NY restaurant business owners should apply for a part of the $28.6 billion Restaurant Revitalization Fund created by the Biden Administration’s 2021 American Rescue Plan. The Initiative will provide restaurants and other eligible businesses (food stands, food trucks, food carts, caterers, bars, saloons, and lounges) with funding equal to their pandemic- related revenue loss, up to $10 million per entity. Visit SBA.GOV/restaurants and complete application ASAP. Qualifying entrepreneurs should alert their Congressional reps about their interest.
On May 3, NYS lawmakers voted to extend its Covid 19 eviction moratorium through 8/31. New deadline is consistent with the $2.4 billion Rent Relief Initiative, funded by the Feds, which was approved as part of the 2021 NYS budget. Extension protects tenants, homeowners, business owners and small landlords who will not have to worry about losing their homes or businesses. Additionally, the legislators bar foreclosures and tax lien sales of property owners facing financial troubles related to COVID.

JP Morgan Chase CEO Jamie Dimon has been an advocate of hiring people with criminal backgrounds. The labor shortages that attended the pandemic and economic crises were wakeup calls to many Corporate titans. Almost 1/3 of the American population has a criminal background. Dimon co-chairs the Second Chance Business Coalition, an initiative to facilitate employment of ex-felons was adopted by a few corner suite titans like Union Pacific Corp, Best Buy, Microsoft, GM, Bank of America, McDonalds and Walmart.

LAND USE
WGO in Harlem on 144-145 Street on Lenox Avenue across 145 Street to Seventh Avenue? In January, a Patch story revealed that Rev Al Sharpton’s National Action Network, NAN and other commercial tenants on the southern side of 145 Street side would have to relocate. Why? because new owner, One45 LLC, had an ambition plan for the site, undisclosed at the time. Last month, YIMBY, Patch and Urbanize.city report that architectural plans have been filed for subject space which will include two 360-foot towers which will house 939 residential apartments, including more than 200 affordable units; retail and office space; and will be the new headquarters for the National Action Network and its Civil Rights Museum.
Project requires rezoning permission under the NYC ULURP Uniform Land Use Review Procedure, an arcane ritual, involving Dept of City Planning, City Planning Commission, Community Board 10, the Manhattan Borough President, the NYC Council and the Mayor, a major undertaking during a year when voters select a new mayor and legislature. Developer wants to break ground in 2022 with a 2026 completion date. The Patch warns that One45 is “not to be confused with the National Urban League tower in progress on West 125 Street, which will also house a civil rights museum.”

2021 ELECTION
NYC politics is the art of the possible and the unimaginable. A week ago, Mayoral contender Scott Springer had his followers and supporters galvanized for a tough race but hopeful about the 6/22 Primary outcome. A week later, after a woman accused him of sexual harassment 20 years ago, his campaign flounders despite his aggressive TV buys and stories about a consensual engagement with the woman.
There are too many candidates for the Democratic Primary races for the mayoralty and the 51 City Council spots for useful debates and too few outlets, save social networks, for the all candidates to be heard. Starting next week, WGO will devote most of its space to the many NYC candidates, their bios, their platforms. Name and recognition and the ranked choice voting, 1-5 will determine the 6/22 victories.

EDUCATION
Philanthropist Michael Bloomberg will be the keynote speaker at Howard University’s Medical School graduation this year. Last fall, he pledged $100 million to the four HBCUs with medical schools. They are Howard University’s Medical School, Morehouse School of Medicine, Meharry Medical School and Charles R. Drew University of Medicine.
Howard University announced that it would dissolve its Classic Department, an action which landed on the opinion pages in the NY Times and the WAPO, where Professor Cornel West said. “Academia’s continual campaign to disregard or neglect the CLASSICS is a sign of the spiritual decay, moral decline and deep intellectual narrowness running amok in American culture.”

ARTS/CULTURE
BOOK TALK: The following are spring summer reading suggestions.
Stacey Abrams, attorney, serial author, 2018 Georgia Governor candidate, and 2020 Georgia politics rainmaker, adds to her bibliography with a nonfiction work, WHILE JUSTICE SLEEPS.
Harvard Professor Annette Gordon- Reed, distinguished Thomas Jefferson and Sally Hemmings historian/author adds a new book to her bibliography, ON JUNETEENTH, a series of essays which explores the road to June 19, 1865 and emancipation of enslaved Black Texans, including those in her family tree. It’s about the JUNETEENTH origins. She is a guest author on MORNING JOE, MSNBC this week.
Columbia University English Literature Professor John McWhorter, cultural agent provocateur deals with uncomfortable truths in his latest book, NINE NASTY WORDS, ENGLISH IN THE GUTTER, THEN, NOW AND FOREVER which deals with the etymology of the N word, the C word et.al. Go Figure.
Chimamanda Ngozi Adichie, internationally renown Nigeria-born literary lioness, author of best sellers, including AMERICANAH, and HALF OF A YELLOW SUN, adds to her arsenal the book NOTES ON GRIEF, which is equal parts remembrance, meditation and hope, which she invoked following her father’s death last year.
New Yorker Noel Hankin, retired Hennessy executive and a co-founder of Leviticus, a night club frequented by local Black elites in the 70s during the onset of the NYC disco ever scene, pens a story “AFTER DARK, Birth of the Disco Dance Party.”
A Harlem-based media/branding specialist, Victoria can be contacted at victoria.horsford@gmail.com