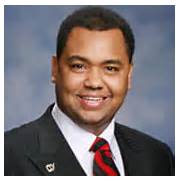 New York Mayor Bill de Blasio’s Town Hall in Harlem’s PAL building on Manhattan Avenue was well-attended. It was a first for Hizzoner uptown.   Electeds who attended were Manhattan Borough Prexy Gale Brewer, Councilman Bill Perkins and Senator Brian Benjamin. There was an air of eager anticipation.   Our mayor should visit Harlem more often, not only during election years. The crowd was primed with a broad section of concerns from Community Boards 9,10 and 11. There were ostensibly special interest plans from the community and the mayor’s office.   De Blasio arrived with a NYC cadre of commissioners: NYCHA, Sanitation, Education, Transportation, Health, HPD and others. He skillfully fielded questions on subjects ranging from sanitation, education, history of rent charges on apartments, protections for the immigrant population, enforcement of environmental justice, proliferation of liquor stores in the area, right to counsel for people facing eviction, the criminal justice system and the LGBT community. East Harlem attendees seemed to be in more dire straits than their Central/West Harlem counterparts, based on their comments and questions.   Interestingly, many questions and grievances fell under the jurisdiction of the NYS Senator.

BROOKLYN: Congrats to Brooklyn’s 35th City Council member Laurie Cumbo, 42, who gave birth to her son, Noah Oluwafemi, on August 4. She plans to get back to the Democratic primary race imminently.

NYC Mayor Bill de Blasio and Governor Andrew Cuomo are at it again; this week’s animus centers on the NYS Transit Authority and NYC. The Transit Authority is controlled by the governor and the state underwrites the lion’s share of the budget.   The system is in great disrepair which impacts so many NYC residents; NYC could provide more money for the transit system with the provision that it also gets a greater share in its governance and board members.

While catering to the base as he watches poll numbers travel south, President Trump announces more mind-numbing possibilities for the nation. He plans to exclude transgenders from the military, an announcement made before consultation with the Pentagon and the many generals who are part of his administration.   Trump will introduce legislation aimed at reducing legal immigrants to the US. He wants only highly skilled English-speaking immigrants who can financially support themselves and families that will contribute to the American economy.   This is a blatantly racist plan. The sun no longer sets in the British Empire. For your info, Mr. President, statistics prove that Africans are the best-educated foreigners to reach USA shores. Last week, it was announced that the US Justice Department’s Civil Rights Division will investigate and sue universities over affirmative action admission policies which discriminate against white applicants. Is this the LOOKING GLASS of America?

Read the current Newsweek cover story with Trump in a reclining chair. Copy reads POTUS IS BORED AND TIRED: Imagine How Bored and Tired He’d Feel if He Did Any Work.

LOOKING AT 2020: President Barack Obama and other members of the Democratic elite are throwing their 2020 presidential support behind former Massachusetts Governor Duval Patrick, whom few people, Democrats or others, know.    The smart money and deeper-pocketed Democrat supporters are focused on US Senator Kamala Harris, from California, a more credible alternative to The Donald. Even Michael Moore concedes that Democrats need a celebrity to vanquish The Donald. That reasoning, methinks, is specious.  After The Donald, no more reality show stars to run this republic and be leader of the free world.

Newly opened Sugar Hill Creamery is the talk of the town, at least on Lenox Avenue in Harlem.   An ice cream parlor, located at 184 Lenox Avenue, owned by Nicholas Larsen, a Telepan restaurant alum and his wife Petrushaska Basin Larsen, are being compared to Harlem’s Thomfords, an iconic sweet tooth venue on St. Nicholas Avenue at 125th Street which closed in the 1980s.

The Harlem Business Alliance wants young women to DISRUPT HARLEM: THE CODE SQUAD, a free 16-week course for Harlem residents age 18 to 24 who are not enrolled in college. A GED is not necessary.   Learn computer coding from September to December 2017. Apply by August 14. [Visit DISRUPTHARLEM.ORG or HBANY.ORG. Spread the word!]

This year is the 50th Anniversary of the Detroit riots, which explains an explosion of interest in the arts in this American city.   Herb Boyd, professor/scholar and prolific author’s new book, BLACK DETROIT: A People’s History of Self-Determination, an incisive look into MOTOWN, a city he called home for a few decades.     The new film DETROIT, which is “set against the backdrop of Detroit’s devastating riots that took place over five summer days”, opened last week to outstanding reviews. Black Detroit today is an American wasteland. Blacks have lost their homes and all of the wealth acquired when Detroit flourished as the headquarters of the automotive world.  This year is a mayoral election year in Detroit.   Coleman Young, union organizer and firebrand, became the first Black mayor of Detroit in 1974 and served for five terms. His son, Coleman Young II, a Michigan state senator, is a 2017 Detroit mayoral hopeful.