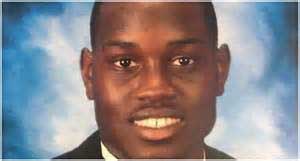 COVID-19/UPDATES
There are few people living in America, who are not COVID-19 101 scholars. The media (social, written, electronic) cycle is relentless. In addition to the mainstream media, Americans are treated to daily, separate, press conferences by NYS Governor Cuomo and NYC Mayor de Blasio. WGO will make some detours into other areas of American life.

The Linda Villarosa 5/3 NY Times Magazine cover story, A TERRIBLE PRICE: The Deadly Racial Disparities of COVID-19 In America, subtitled “For the Zulu Club, a Black social organization in New Orleans, Mardi Gras was a joy. The coronavirus made it a tragedy,” is a good read. It is Pulitzer-quality prose, poised on 2020 New Orleans, punctuated by good research and analysis about race and health in post Emancipation America. Good for the voracious history reader.

America is putting the pause on the shutdown button and is getting back to business with about 40 states up and running by May 15. This is not what the scientists and doctors recommended based on their knowledge about plagues. A gradual transition was the scientists’ RX. Dr. Andrew Fauci says, “Premature end to lockdown could cause needless deaths.” While COVID-19 infections and fatalities are in decline in wisely governed states — NY, NJ, CA — that are opening up in phases, the numbers are spiking in states like Iowa, Tennessee and Texas — states which opened to business too fast. Note a 75% surge in COVID-19 infections in the American heartland since states opened early, urged on by President Trump, who fails to see the intersection of the coronavirus containment outcome and restoration of a healthy economy.

On 5/8, the US unemployment rate was 14.7%. By June 15, America should be back to work, if the old jobs exist. Another coronavirus stimulus is necessary. House Democrats have drafted a new $3 trillion stimulus proposal, which includes $1 trillion for state and city governments, with additional funds earmarked for taxpayers. GOP Senate says bill is DOA.

COVID-19 NY
Economic hardships here and abroad. New York City’s Black and Latino communities are hardest hit with COVID-19 infection rates and fatalities. The major complaint from Black and brown New Yorkers is the long wait for unemployment benefits, now about six weeks. Economically, those communities suffer disproportionately without revenue streams to pay for food, rent and/or mortgages. Hunger and economic despair also plague New York’s people of color: Wakefield in the Bronx; Flatbush, East Flatbush and Crown Heights in Brooklyn and Jamaica, Queens are areas vulnerable to COVID-19. Same areas also house many Blacks from Africa, the Caribbean and Latin America who send billions of dollars in remittances annually back to their homelands to support relatives.

BLACKS: MEDIA MATTERS
Last week, there were two stories of interest to African Americans, one is about the New York Police Department’s treatment of Blacks and social distancing in the city; and the other is about Ahmaud Arbery, who was killed in Georgia while jogging by a white father-son terrorist team, on February 23, and who were not arrested and charged until May 7. At press time, Neither the NYC Mayor nor NYPD has provided answers or solutions to the officers’ assaulting Black men — which was recorded by cell phone users— for not (6 ft) social distancing, while in other areas distributing face masks to white people sunbathing next to one another. Application of the law is still biased in NYC. Hakeem Jeffries, Al Sharpton, Eric Adams and Jumaane Williams demand cease-and-desist actions re: social distancing, the NYPD assault on Blacks.

The February murder of Ahmaud Arbery, 25, by whites Gregory, 64, and Travis McMichael, 34, was committed with impunity, until the atrocity came to the attention of national media, especially to NY Times writer Charles Blow and the NY Times Atlanta bureau. The Georgia Attorney General named a fourth prosecutor, Joyette Holmes, an African American (first one in the Atlanta DA’s office), to oversee the case. The McMichael terrorists were arrested and charged with murder and aggravated assault on May 7. US Justice Department weighs hate crime charges against the McMichaels.

If you travel through the Netflix streaming universe, you should look at the feature documentary, BECOMING, adapted from the bestseller memoir by Michelle Obama which sold more than 10 million copies worldwide. BECOMING stars the former first Lady, spanning her life before, during and after her White House tenure. Documentary was produced by Higher Grounds, the Obamas production company.

NEWSMAKERS
Congratulations to Canada-born Nicholas Johnson, Class of 2020, who is the first Black valedictorian in Princeton University’s 274 year history. His parents are medical doctors. An Operations Research and Financial Engineering major, Johnson’s senior thesis was on the development of algorithms to design community-based preventive health models to decrease obesity. During senior year he did an internship at Oxford University. In September, Johnson begins PhD studies at Massachusetts Institute of Technology in operations research.
Harlem renaissance man Musa Jackson launches digital publication, Ambassador Magazine, on May 14 at 7 pm, which will cover the arts and entertainment, business and politics. Melba’s Restaurant owner Melba Wilson, President of the NYC Restaurant Alliance and Daniel Watts, star of TINA, The Tina Turner Musical are first guests. Visit ambassadordigitalmag.com.

RIP: Richard Penniman, Little Richard, 87, died on May 9, said his son Danny. He immodestly called himself the King and Queen of Rock and Roll. A founding father/architect of Rock and Roll, he was a quadruple talent — musician, a vocalist, pianist, guitarist and composer — without equal. He was the sexually fluid, flamboyant, musician/evangelist influenced by gospel music and the blues, who ran away from home in his mid teens. His chart-topping music classics include, “Long Tall Sally,” “Tutti Frutti,” “Lucille,” and “Good Golly Miss Molly.” Songs that were new to US music idiom US during the 50s, and liked by Blacks and whites in the USA and beyond. James Brown and Prince were acolytes, as were Elton John, Jim Bowie, the Beatles, the Rolling Stones; the latter two opened for him during European tours. He was one of the musicians honored at the inaugural Rock and Roll Hall Of Fame ceremony.

Andre Harrell, 59, died in Los Angeles, California due to chronic heart-related problems. Himself a rapper with Dr. Jeckyll and Mr. Hyde, Harrell was a record producer, composer and businessman who bridged the gap between HIPHOP and R&B cultures while fine-tuning careers of Puff Daddy, Mary J. Blige and Jodeci. Founder of the legendary UPTOWN RECORDS, he was Motown CEO.

A Harlem-based brand/media consultant, Victoria can be reached at: Victoria.horsford@gmail.com